Little Women is a novel that has experienced multiple movie adaptations throughout the years. The most recent one came out in 2019 and hosts a stellar cast. Directed and screenplay by the renowned Greta Gerwig, the movie stars Meryl Streep, Emma Watson, Saoirse Ronen, Timothee Chalamet, Florence Pugh, Eliza Scanlen, Lauren Dern, and James Norton. Filmed in Massachusetts where the original novel was penned and set by Louisa May Alcott, Little Women is a classic portrayal of domestic bliss and struggles and what it was to be a woman in the 18th century, and Gerwig’s 2019 adaptation is a respectable tribute to it. 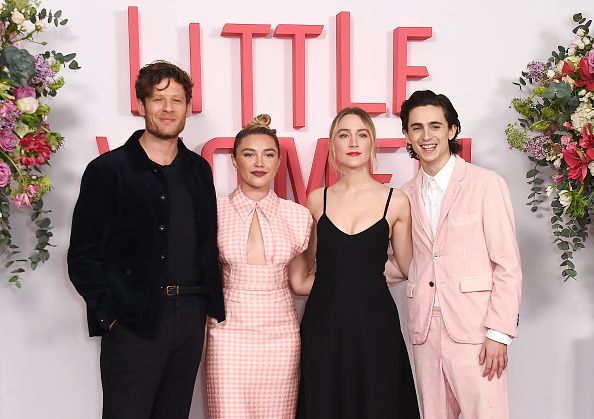 The story follows 4 sisters and their neighbor, Laurie, into adulthood as they navigate life and heartbreak as children and adults. To emphasize domestic struggles and bliss, Greta Gerwig shot the scenes where the characters’ childhood through a somewhat golden camera lens to portray the ‘golden glow of childhood, a time of innocence and minor disagreements and seemingly cute problems which wreck the children’s innocent hearts. Each sister has different experiences despite living in the same house and being raised by the same set of parents and experiencing seemingly the same circumstances yet, they all grow into their own person, with their own set of values and experiences and their own unique personalities. The adult part of the film does not have the golden camera lens in fact, the vision appears much sharper and cold, as the harsh realities of life set in as adults.

Moreover, the characters often speak over each other, creating a ‘symphony of sound’ and a lively chatter that follows the characters well into adulthood, only that the content of the chatter changes as time and the characters mature however, this finalizes the fact that happiness and bliss are not reserved for childhood only, in fact, it is a part of life. Life, especially adulthood, is not just one thing after the other, the things overlap and joy is found even while something worrying is going on. Not single emotion dominates life.