Let’s take the most American thing we can think of: a cowboy. The first image that pops up in your head is definitely a man out in the wild west tipping his hat down with one hand and reaching for his holster with the other. But, did you know that the first cowboy appeared in Spain? Americans are proud of their country, but there are some things we assume to be Americans that are not. Here are some things that became part of American culture and where they really originated from. 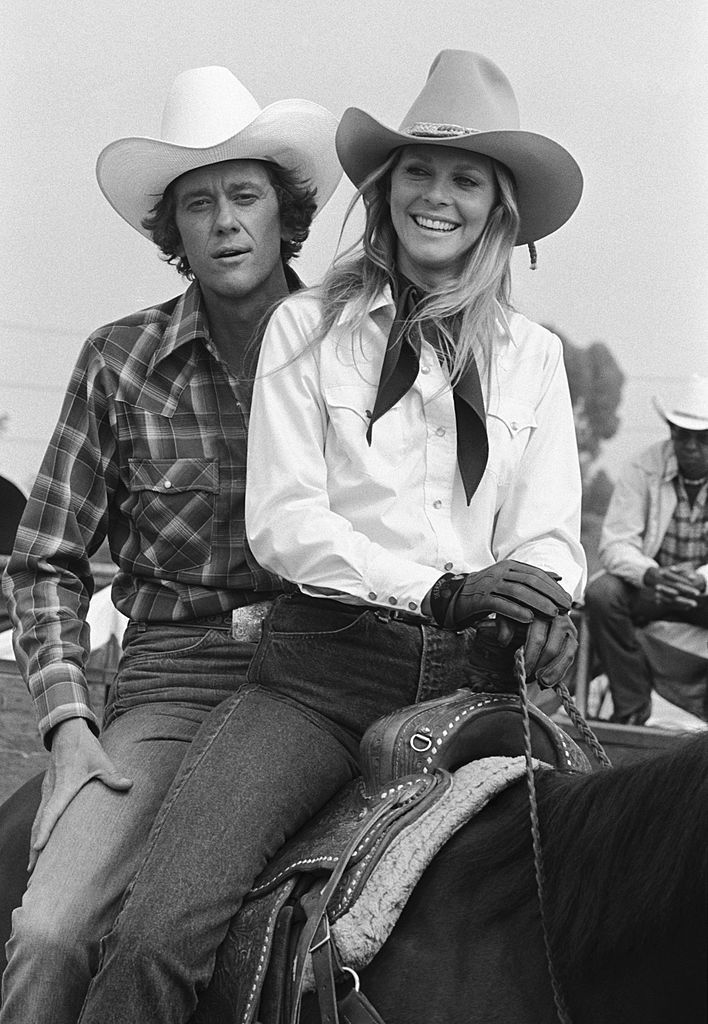 “Home, home on the range where the deer and the antelope play.” We bet you anything that you sang that line in your head. The unofficial anthem of the wild wild west, “Home on the Range” is a classic western folk song that pretty much is as American as it gets. But apparently, cowobys are originalyl from Spain. The Spanish came to America in 1519 and brought the tradition with them. The cowboys in Mexico were known as Vequeros. In the early 1700s, Mexicans traveled to Texas, Arizona, and New Mexico and built ranches which made cowboys popular. 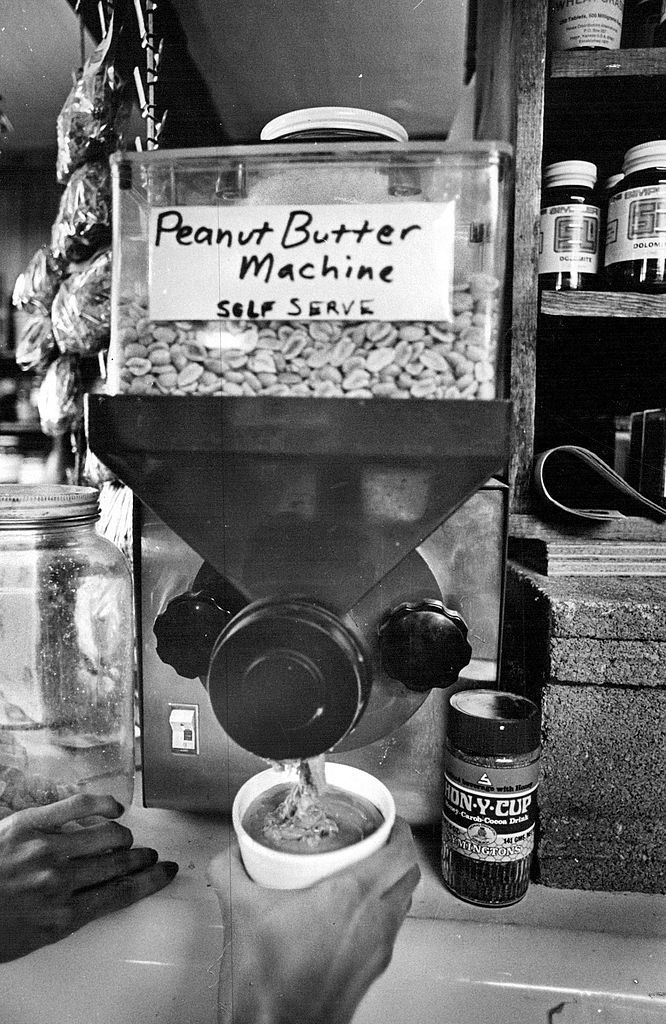 Peanut butter and jelly is easily the most American branded lunch. As kids we’re sure nearly everyone’s mom packed them pb&j sandwiches. But the classic staple in every American home actually can be traced back to the ancient Incas and Aztecs in which they made a paste from peanuts. But the finished product we all know and love today was patented by Marcellus Gilmore Edson in Canada. 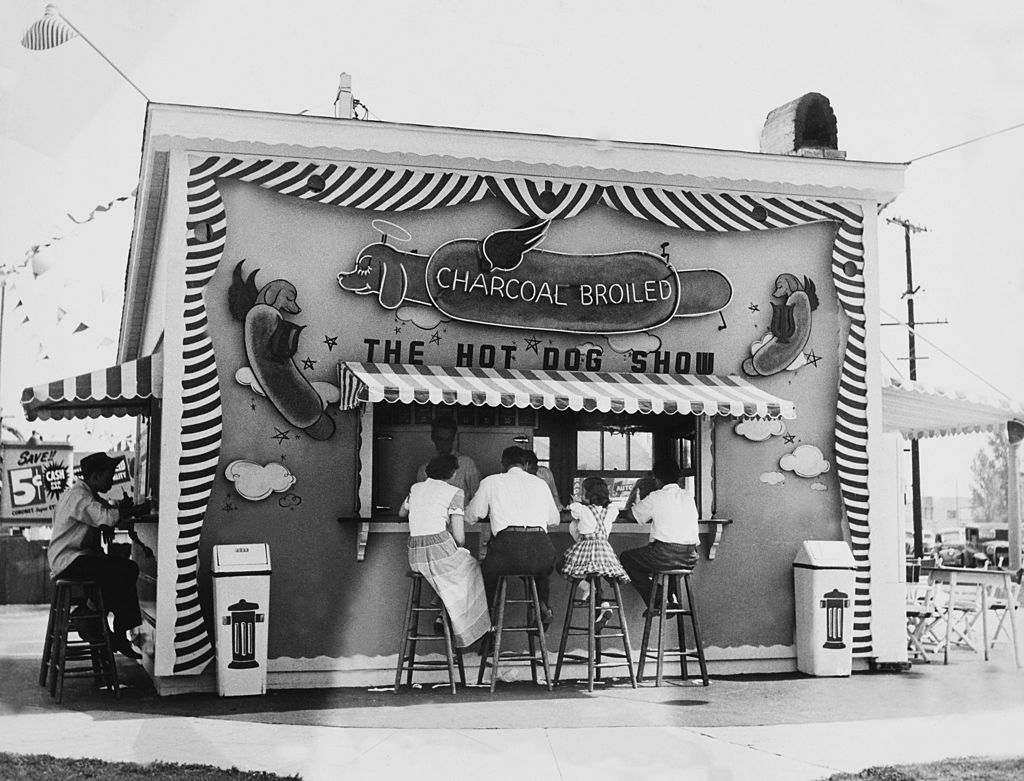 When we think hot dogs we usually think of backyard barbeques in the summer and baseball games. But historians believe that the origin of hot dogs goes back to Roman times. However, Germans claimed them as their own and have even created different variations of the hot dog. The delicacy was brought to the U.S. by a Jewish immigrant from Poland who had a hot dog stand in Coney Island. 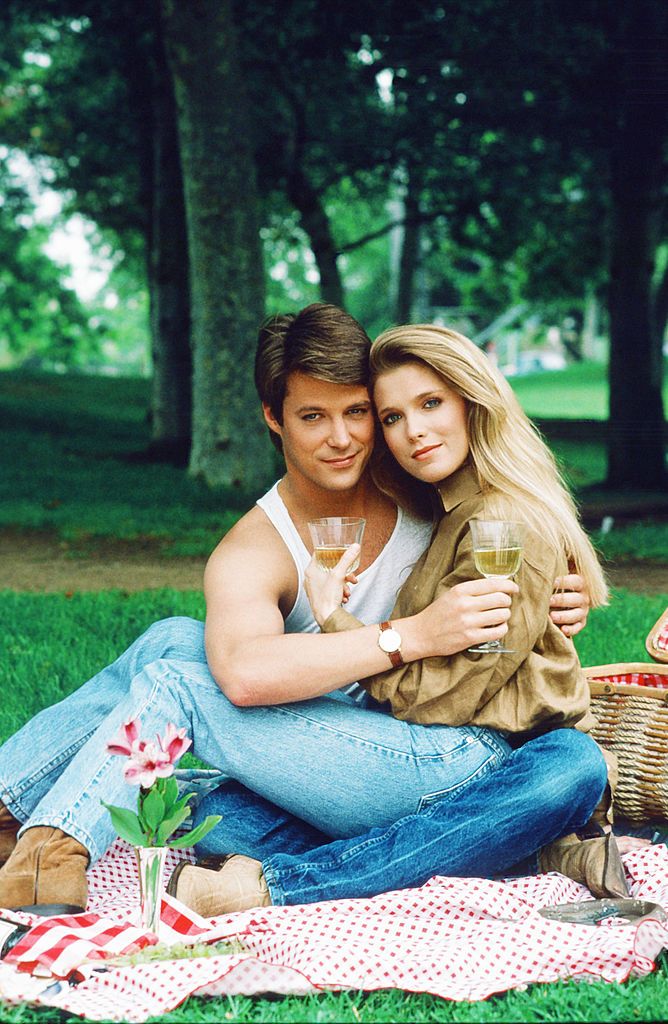 It seems as if a staple in American style trends has always been jeans. Blue jeans were invented by Jacob Davis and Levi Strauss in 1973. They were both American immigrants from Europe. The denim they used was originally made in Genoa, Italy. And it actually came about at a customer’s request for sturdy pants that could resist hard work. 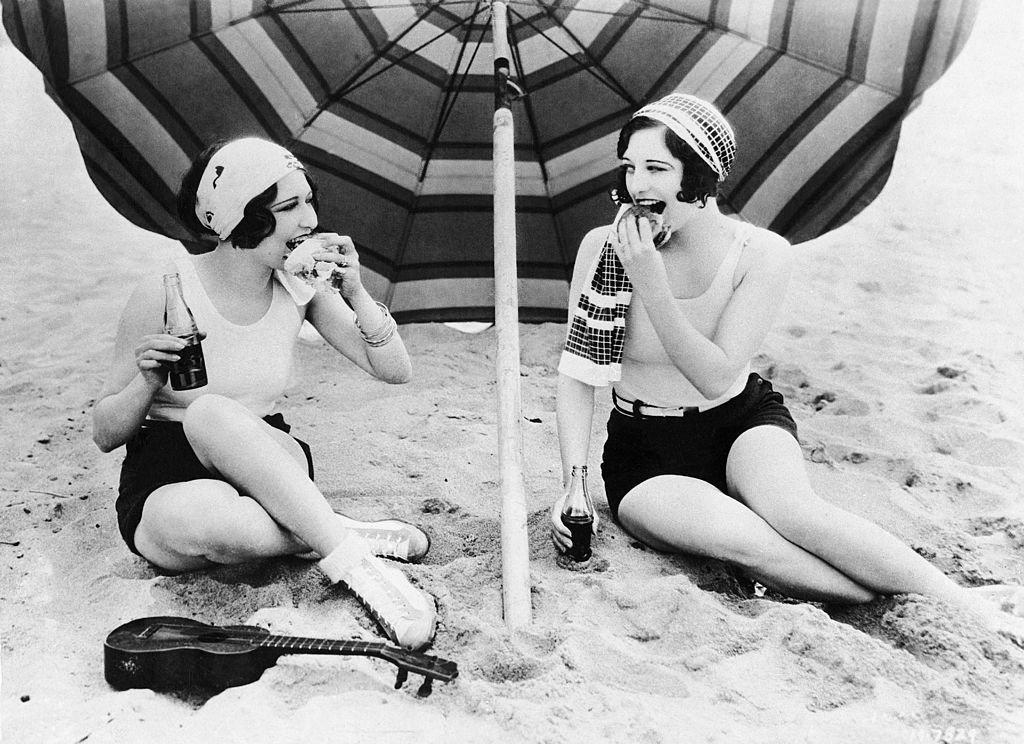 We hate to break it to you guys, but hamburgers are not an American creation! The inspiration came, not surprisingly, from the city of Hamburg, Germany. Back in the 19th century, Germans used Hamburg cows to make a mix of beef from garlic, onions, salt, and pepper. But they didn’t eat it like we do nowadays as they had no bread at the time. The patties were brought over by German immigrants who opened restaurants. 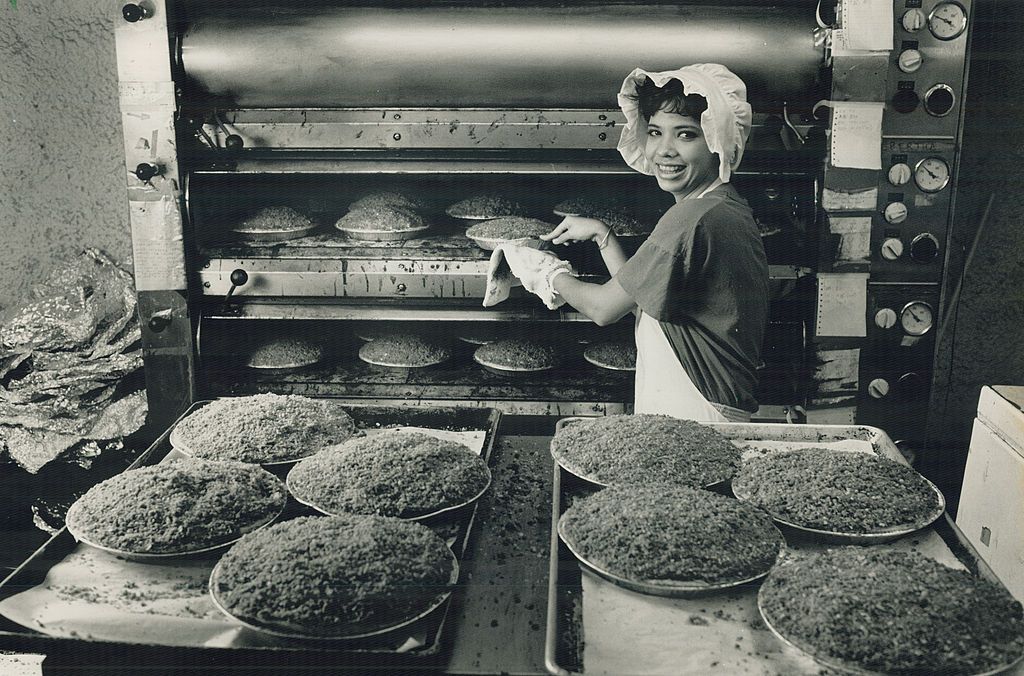 Did you know that the first apple pie recipe dates back to 1391? So generations upon generations have had lots of time to perfect their recipe! The apple pie was created in England. The recipe called for apples, figs, raisins, pears, and a pastry shell. But no sugar was added (very un-American, don’t you think?). 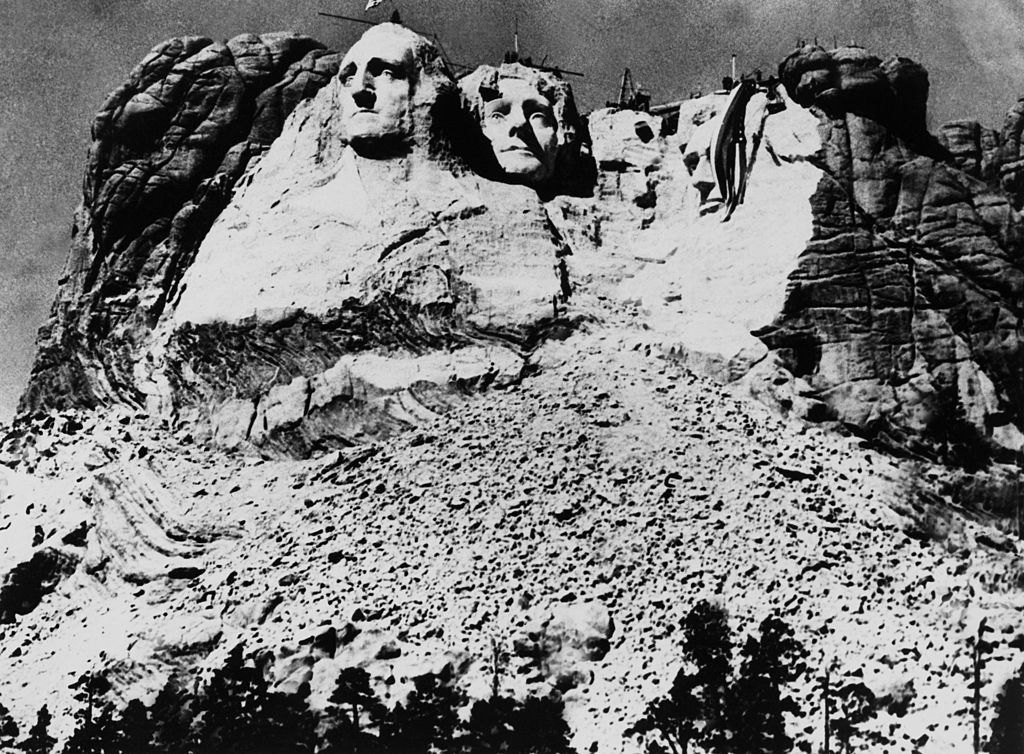 You might have been fast asleep in school when your teachers taught all about ancient Greece, so we don’t blame you for not realizing this. The system of government in which America functions under is a democracy. The word itself comes from the Greek words demos (people) and kratos (rule). 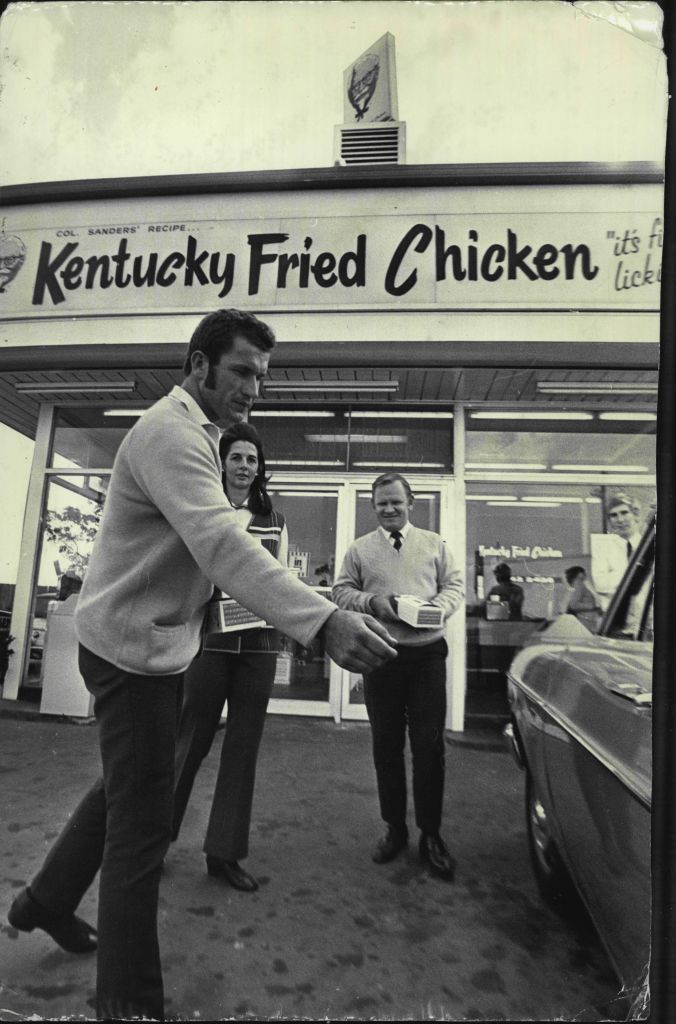 Well, we did not see this one coming. Apparently, the tradition of deep frying chicken was originally created by Scottish people. The Scots then brought it over to America in the 1700’s when they immigrated. 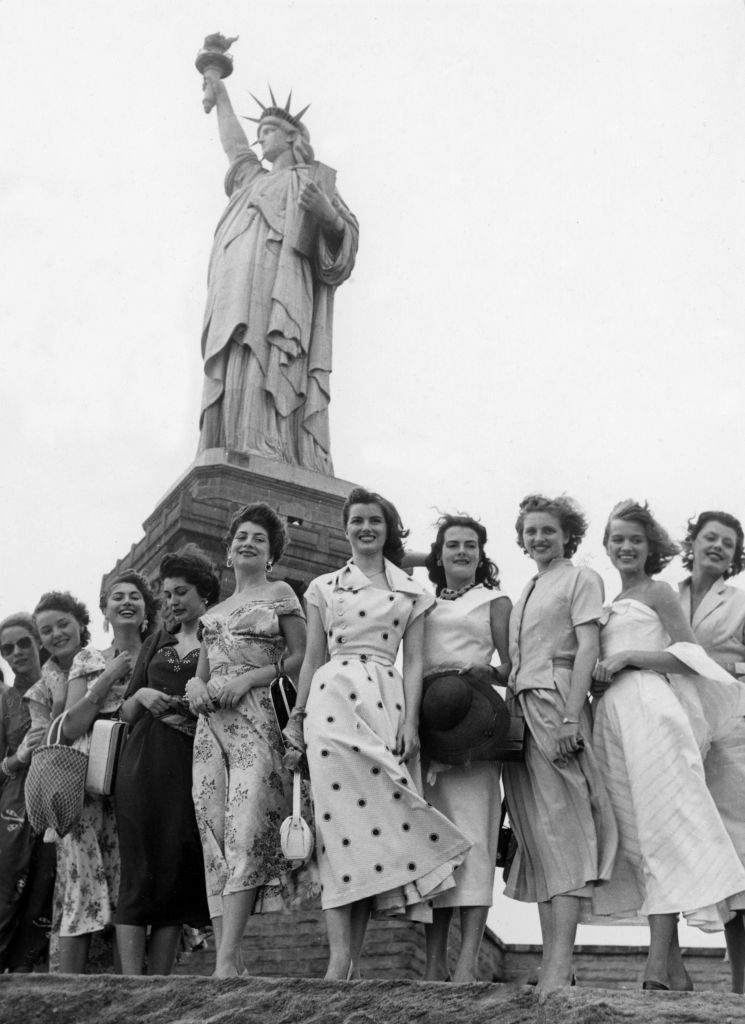 Not even a lot of native New Yorker’s know that the famous Statue of Liberty is actually French. The same man behind the Eiffel Tower, Gustave Eiffel, designed the statue’s steel framework. French sculptor Frederic-Auguste Bartholdi created the momunment. The statue was a present to commemorate the friendship between America and France. 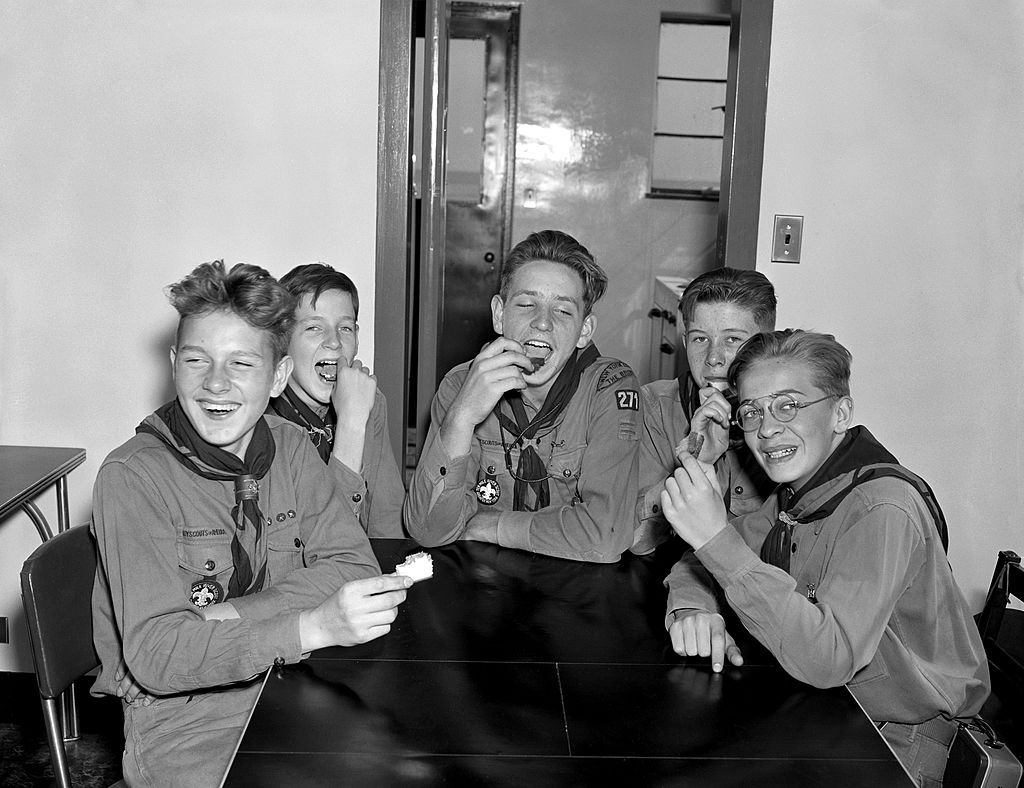 This photo take back in 1941 is probably what you typically imagine when you think of a Boy Scout. But actually the Boy Scouts were created by Robert Baden-Powell in Englad. He wrote a book to teach boys about camping, observation, deduction, woodcraft, boating, and survival techniques. To put the book to practice, Powell then created the first Boy Scout group. So how did the tradition come to America? American publisher William Boyce got lost in London in 1909 and was helped by a Boy Scout. Boyce was inspired and started the Boy Scouts of America. 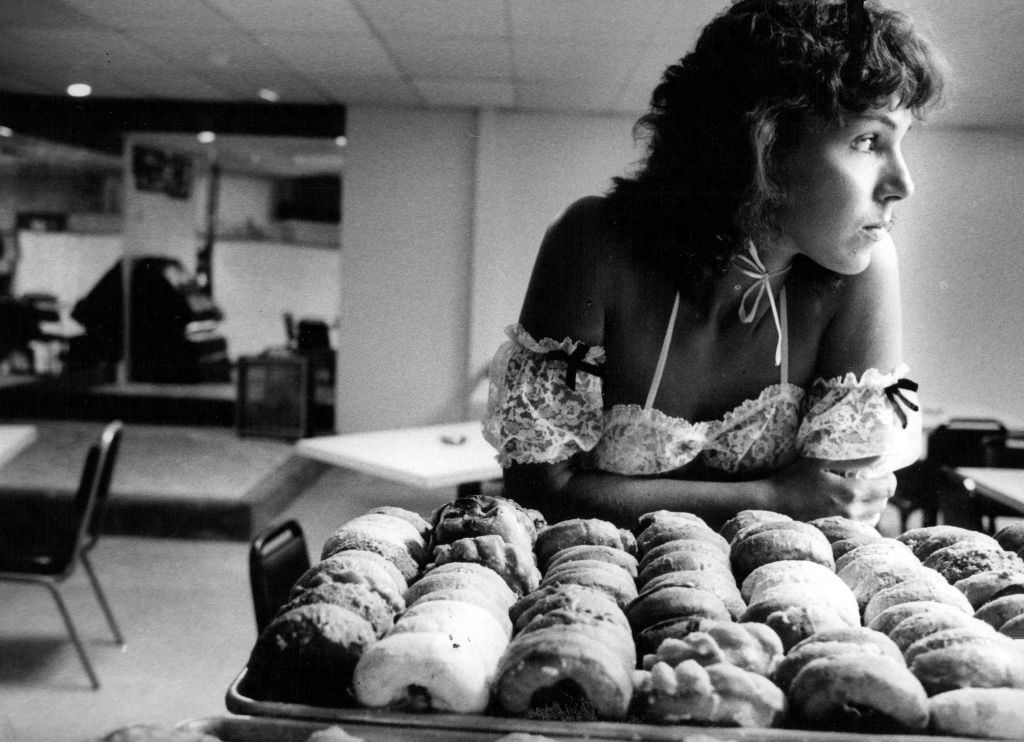 The country of origin of doughnuts is a highly debated one; just another great mystery of history. We do know, however, that they were created in Europe. In the 19th century, the Dutch were making olykoeks (oil cakes). Basically, they were just cake balls fried in pork fat and filled with fruit. Olykoeks were brought to America by Dutch immigrants. 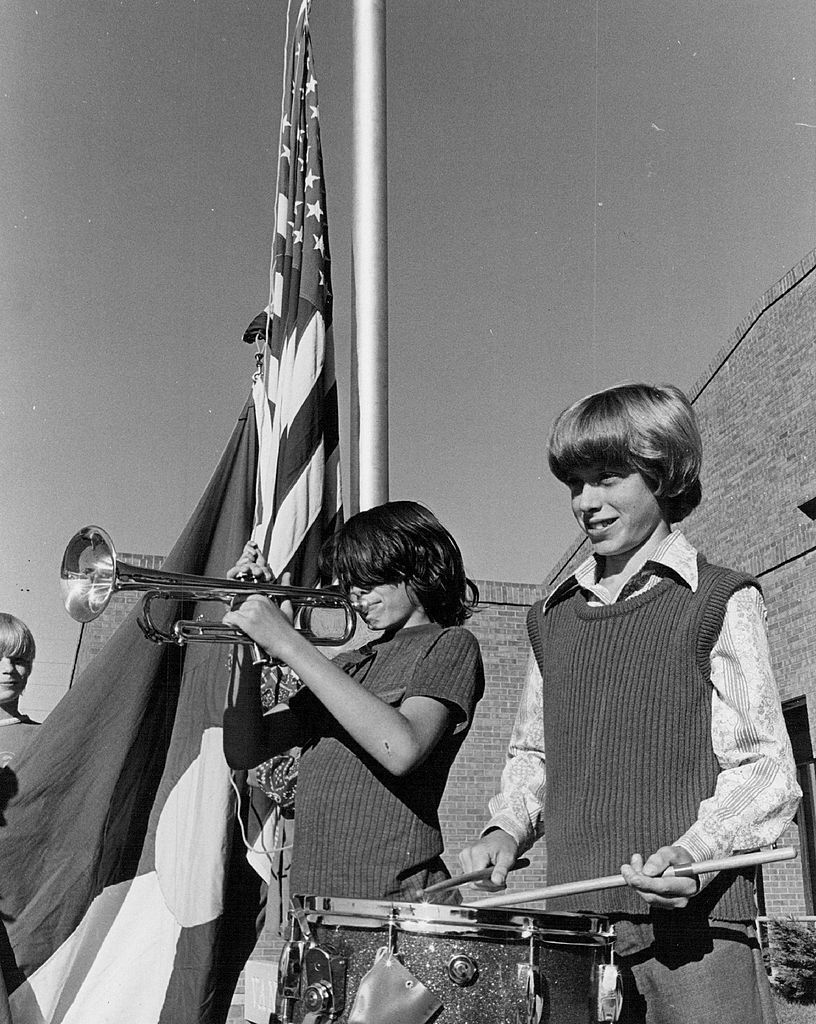 Okay, this one we did not see coming! The U.S. National Anthem is not entirely American. The poem was set to the tune of “To Anacreon in Heaven,” a song composed by British composer John Stafford Smith. It was later renamed “The Star-Spangled Banner” and became the National Anthem. Here’s a photo of students in 1973 playing music as the flag is raised to add some patriotic vibes each school morning.