Ariana Grande has had one busy year! Just last month she broke Miley Cyrus’ record of the fastest woman to accumulate three No. 1 albums. The 27-year-old star made history after her latest album Positions hit No. 1 on the Billboard 200 chart: she set the record for the fastest woman to have three No. 1 album, beating a record previously held by Miley Cyrus. It only took Grande two years and three months to have a trio of No. 1 albums on the chart, following the releases of 2018’s Sweetener and 2019’s Thank U, Next. She also appeared in a musical collaboration, “Oh Santa!” with Mariah Carey and Jennifer Hudson. But through it all, Ariana Grande has served up some serious style. You already know- those thigh-high boots, oversized hoodies as a dress, gowns for days, and her iconic ponytail. Here are the best Ariana Grande outfits ever to celebrate our pop princess! From the Met Gala dress to cute two-pieces to that yellow hoodie, check them out! 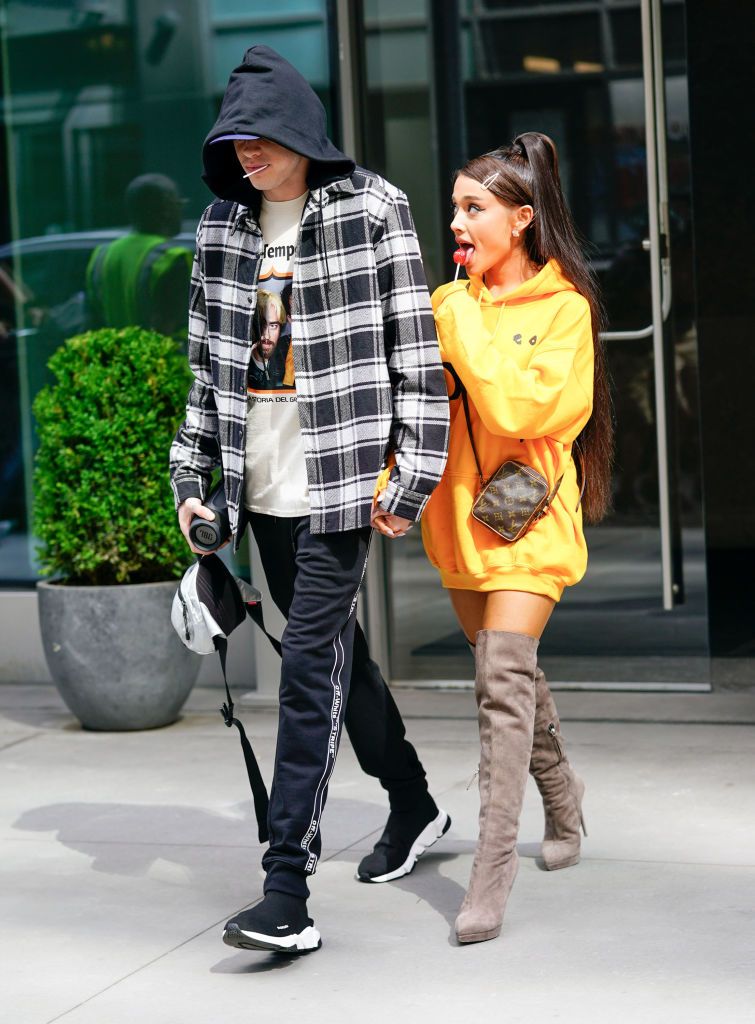 For all intents and purposes, Ariana Grande basically invented the oversized hoodie and knee-high boot combo. This is her typical afternoon stroll look (honestly, an inspiration for all). But honestly, it was the lollipop while gazing at her ex-boyfriend Pete Davidson that makes this image one for the celebrity history books. Case in point: the number of couples who copied this whole outfit for Halloween this year proves how iconic this outfit is. 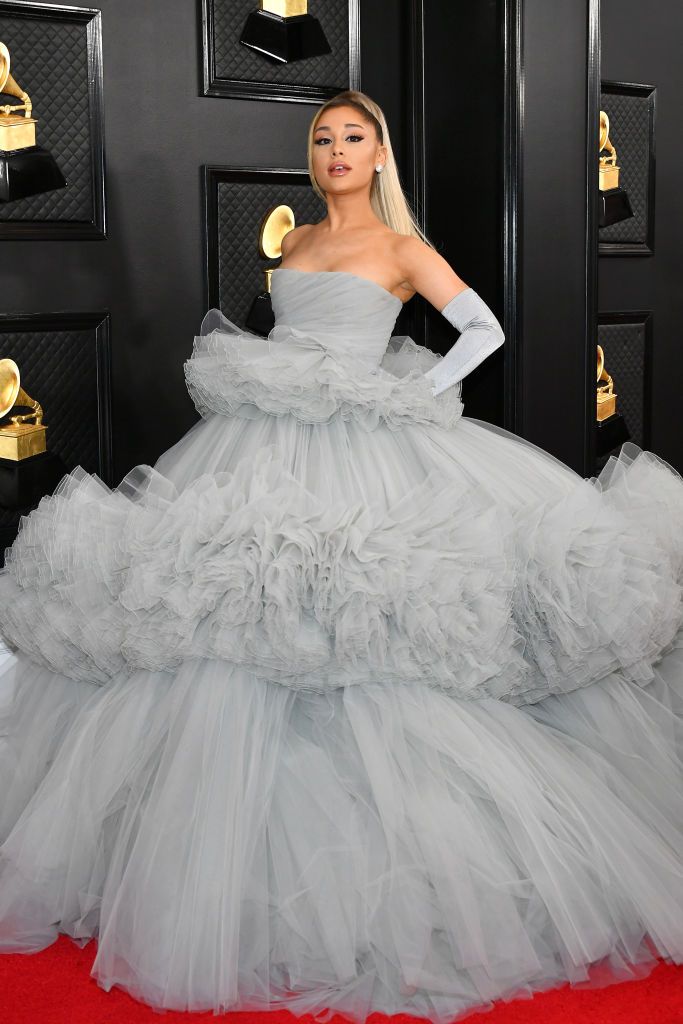 This photo will remain iconic for the history of celebrity fashion. Taken during the 62nd Annual Grammy Awards at Staples Center on January 26, 2020, in Los Angeles, California. Grande wore a custom-made Giambattista Valli tulle gown and matching gowns and just wow. Grande looked straight out of a fairytale. 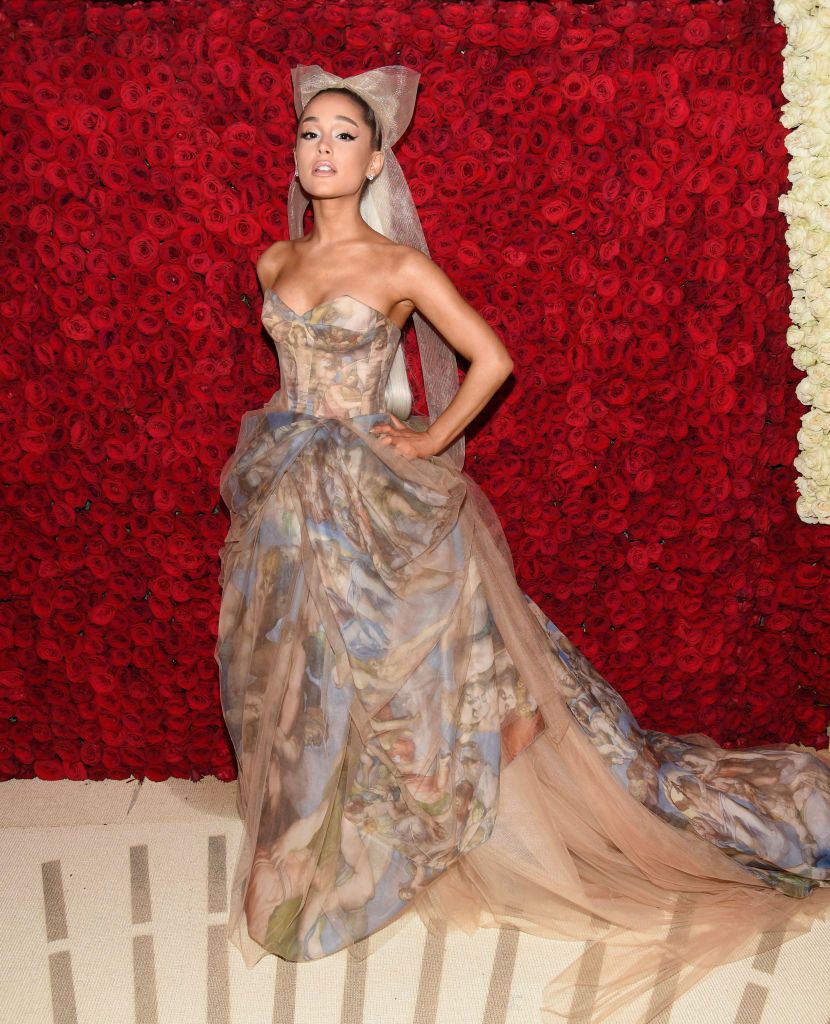 Ariana Grande came ready to serve up looks for the 2018 Met Gala’s Heavenly Bodies theme. She arrived in a custom Vera Wang gown featuring an all-over print of the Sistine Chapel. Truly, she looked like an angel.