Ashley Benson is no stranger to body art. The actress has over 15 tattoos, each pretty small and each with their own special meaning. Benson’s growing collection has been a steady one over the years. Her body art is done by her go-to artists JonyBoy in New York City. Benson’s tattoos honor the people she’s closest with, like her grandmother, friend’s daughter, and long-time best friend. She also got two tattoos for her ex-girlfriend Cara Delevingne. Fans speculated the two were a couple in mid-2018 when the pair posted photos together on Instagram. They were also spoted holding hands in public. They also costarred in the 2018 drama called “Her Smell.” Delevingne confirmed their relationship in June 2019 with a video on Instagram. Benson shared a photo of herself with her left arm raised and the initials “CD” on the side of her body. Fans definitely connected the dots and believed that this was Care Delevingne’s initials. Then it was pretty much confimed when Delevingne was spotted with an “A” on her left side, around the same area as Benson’s tattoo. 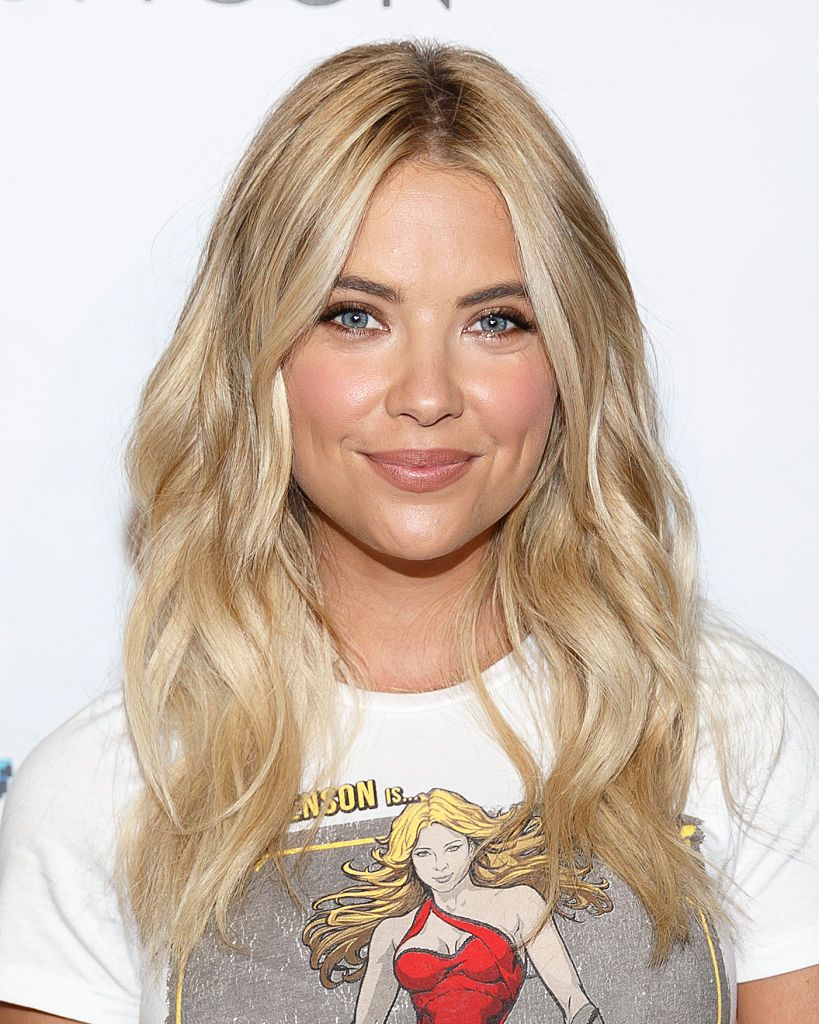 Back in 2016, the four main besties from Pretty Little Liars got the first initial of their character’s name on their index finger, which is also the “shh” finger, after filming the final episode. Most of Benson’s tattoos are on her arms and rib cage, but she also has a smiley face and heart on her middle finger and a “13” on her hip. Now the Pretty Little Liars alum got a new tattoo, this time of a milkshake courtesy of California-based tattoo artist Nene. Just a few months ago she got a matching tattoo with a friend that reads”Pomme Frites” on her inner forearm. She is really showcasing her love of food! Benson shared a photo of her new tattoo on her Instagram Story. She didn’t necessarily explain what inspired her to get said tattoo, but we’re just going to assume it’s her love of food and desserts. Which, honestly, same.