Blackpink is having a moment recently and we’re all here for it! Just recently they released their long-awaited debut album THE ALBUM and it seriously delivered. It scored a historic debut at No. 2 on the Billboard 200 albums chart, making it the biggest chart debut by an all-female group in over a decade and the highest first-week sales for a K-pop group’s debut album in history. “We had four years to kind of build our own colors as BLACKPINK. Throughout the four years, we got to explore different genres and really find out our exact, distinct colors,” BLACKPINK’s Rosé said of THE ALBUM in an interview with GRAMMY.com. “So, I feel like [in] this album, we were able to put our prepared music style and contribute with new music genres that we’re still exploring recently.”

Their single “How You Like That” was named Song of the Summer at the 2020 MTV Video Music Awards after it broke multiple YouTube records, including most views within the first 24 hours when it was released. Music superstars Selena Gomez and Cardi B both make appearances on THE ALBUM as the only two featured artists. And now the band’s meteoric rise to fame is documented in their upcoming Netflix documentary, Light Up The Sky. The film will be available to stream on October 14. Directed by Caroline Suh and produced by RadicalMedia, Light Up The Sky will feature exclusive footage of BLACKPINK including interviews with each member. 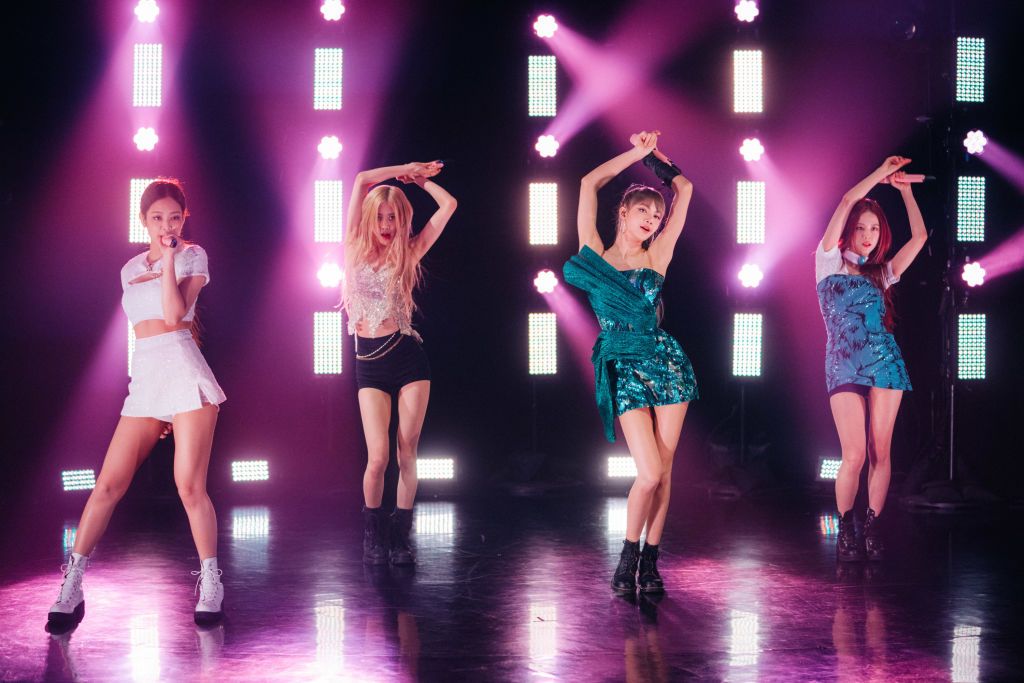 Bandmates Jisoo, Jennie, Rosé, and Lisa sat down with director Caroline Suh to discuss what fans can look forward to in the film, as well as their special relationships with each other. The members highlighted how filming the documentary deepened their friendships with each other. “We wanted to show the more honest, genuine sides of ourselves, so through having heart-to-hearts and very genuine and honest conversations, we were able to get to know each other even deeper,” Jisoo said. “And I think we realized just how much we mean to each other.”