Dear friends, put your hamburger phones and Furbys on hold. Cards Against Humanity has created a new 90s Nostalgia Pack, and it really is the best thing since sliced white bread.  If you’ve been neglecting your Tamagotchi, he’s got no hope anymore. The original version is of course a whole lot of fun, but those cards can get a little too real for comfort. The 90s Nostalgia pack allows players to take a break from their current decade, and enjoy some throw back to the simpler, good old days. 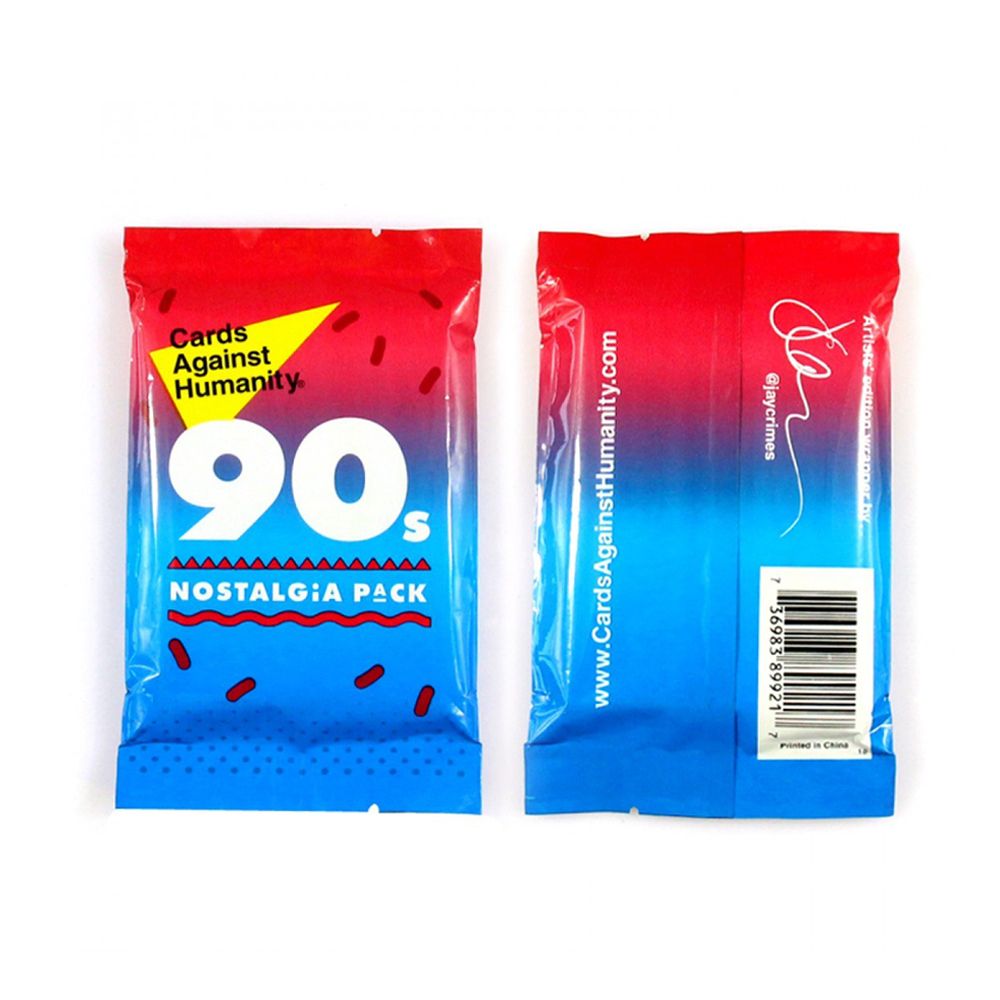 via Cards Against Humanity

The unique game has made it to the Amazon’s Choice list and honors one of the most loved decades. The pack consists of 23 cards all with pop culture references. And the game isn’t called a game for horrible people for nothing. You”ll be given the oppportunity to relieve some seriously terrible epic moments such as the mortgage market crisis and Kurt Cobain’s death. The game is not suitable for anyone under 25 years old, they simply will not understand the content.  The game is for those kids who actually remember their life in the ’90s, not those who were just born close to the end of the decade.

So get ready to bring you adult parties up a notch for a mere $8. Other unique pack varieties include the College Pack, Geek Pack and the World Wide Web Pack, written by Reddit users.