Ed Sheeran has revealed that his record label, Gingerbread Man Records, has signed on a new singer. Sheeran, 30, shared the news that he had signed Maisie Peters, 21, who is set to release her debut album You Signed Up For This in August. Ed said he has enjoyed their writing sessions and the pair are set to release a new single together – Psycho – with Steve Mac on July 2. Maisie, recently made her U.S. TV debut on James Corden’s show, has spent the past three years singing in studio sessions across London, LA and Nashville. 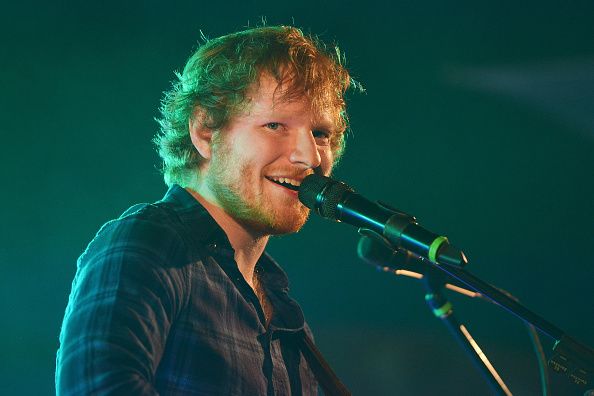 Following the singing announcement, Maisie says: “Signing to Gingerbread is a dream come true. I grew up inspired and in awe of Ed, so, it’s kind of amazing and hard to believe that I get to be the 21 year old who is able to call him and the whole Gingerbread team now friends, family and mentors for life.” Following the announcement, Ed said: “Excited to announce that I’ve signed the wonderful Maisie Peters to Gingerbread Man Records. She’s a very special artist who continues to push her storytelling in new directions.”

“We had a few great writing sessions together and from there I knew I had to work with her. Can’t wait for you to hear her debut album.”  Ed also excitedly showed off the collaboration on Instagram as he shared a snap of him and Maisie posing for a picture together. “I’d like to introduce you to the newest signing of Gingerbread Man Records – @maisiehpeters! ive been following Maisie’s music for a few years since Feels Like This and Place We Were Made, and have had the pleasure of working with her for her debut album You Signed Up For This coming 27th August. She is a real, real talent, and such a lovely presence to be around. i’m sure a lot of you have heard some of her songs before but please if you haven’t heard her check her out. you’ll be hearing a lot more from her, and me, very soon.”