Everyone Forgot Cameron Diaz and Nicole Richie Are Sisters-In-Law

Recently, a meme account posted something that really shook up the internet. It said, ‘Nicole Richie & Cameron Diaz are sisters-in-law and I feel like we don’t talk about that enough.” Cameron Diaz is joining in on the reactions which are pretty much all shock. The 48-year-old actress commented on the post with a bunch of emojis, including one with an exploding head. Everyone seems to have forgotten that the two stars are related by marriage. Diaz is married to Benji Madden and Nicole Richie is married to the musician’s twin brother and Good Charlotte bandmate Joel Madden. Richie and Joel, 41, were married in 2010, while Diaz and Benji, 41, tied the knot a few years later in 2015. Not only is Richie the actress’s sister-in-law, but the aunt of Diaz and Benji’s daughter Raddix. 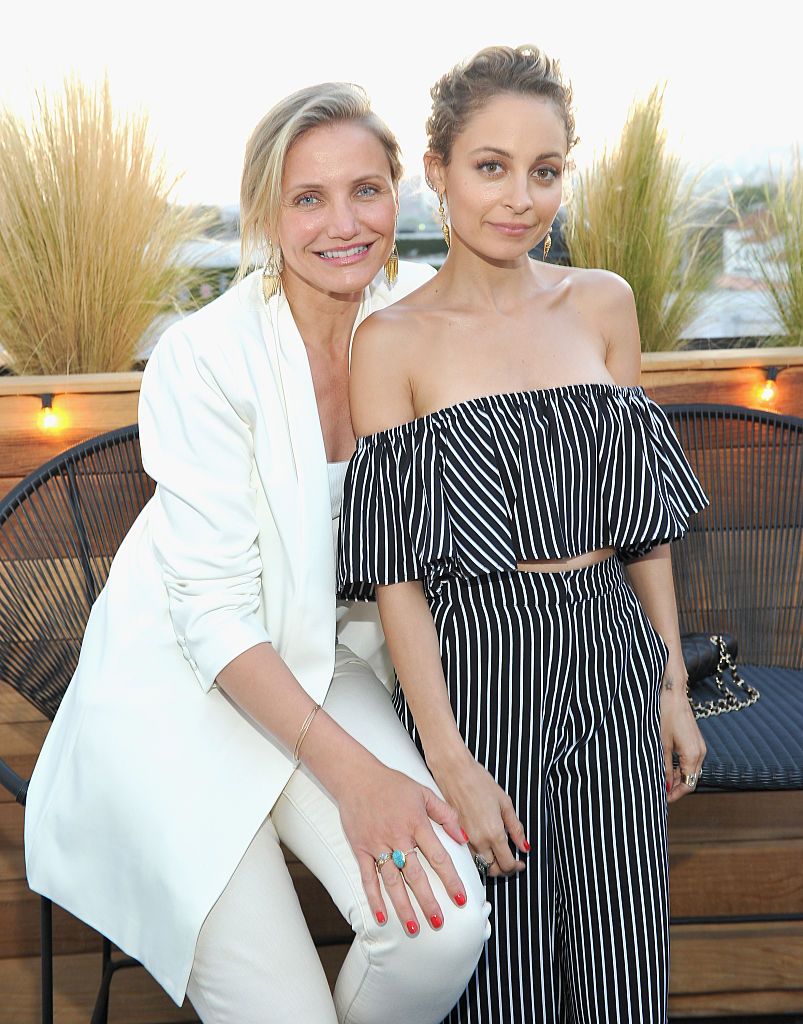 Diaz and Benji welcomed a baby just before New Year’s Day, People magazine reported. The new parents have gushed over their little one, saying that parenthood has been “heaven.” “It’s the best thing that ever happened to both Benj and I,” the star said during an appearance on The Tonight Show Starring Jimmy Fallon in July. “We’re just so happy.” On another late-night show appearance on Late Night with Seth Meyers, Diaz discussed parenting during the novel coronavirus shutdown. “Before, my baby was an excuse to stay home. Now I don’t have to make that excuse,” Diaz told Meyers. “It’s just what it is, and I get to be with her.”

“The best part of having to stay within our little bubble with this COVID situation is that her dad, my husband Benji, he gets to be home,” Diaz added. “He works from home, and so he gets to be with her as much as I do. Well, not as much, because he’s working all day long, but he actually gets to come out of a meeting and give her a kiss and play with her for a little bit, where if he was going to the office every day he wouldn’t be able to do that.” “We’re just having a lot of gratitude for that,” Diaz said. “And yeah, it’s pretty wild.”