Everything We Know About ‘Never Have I Ever’ Season 2

Good news Never Have I Ever fans! Season two is officially coming to Netflix screens and people are getting excited! Created by Mindy Kaling and Lang Fisher, the show centers on Devi (played by Maitreyi Ramakrishnan, an Indian American teenager growing up in southern California, and is loosely based on some of Kaling’s own upbringing. Devi is figuring out life like any other high school girl, while also trying to balance her Indian culture and how it fits into her life. On July 1, Netflix announced the show’s return for a second season with an adorable video. In it Ramakrishnan hops on a Zoom call with many of her costars to share the big news—if they can first get past her new bangs.

Kaling shared the news with her Twitter followers. “We are so excited for a second season of #NeverHaveIEver! It’s all because you guys turned up to watch it and told your friends—it’s that simple! Thank you so much. And THANK YOU to our partners at @Netflix,” she wrote.

There aren’t so many details yet regarding the second season of Never Have I Ever, but here’s what we know so far. The release date hasn’t been revealed yet, but the series confirmed that filming had resumed in a November 23 video posted to Twitter. No official announcements have been made regarding the official cast, but since Darren Barnet (Paxton Hall-Yoshida), Jaren Lewison (Ben), Richa Moorjani (Kamala), Ramona Young (Eleanor), Lee Rodriguez (Fabiola), and Poorna Jagannathan (Devi’s mom, Nalini) all appear in the announcement video with Ramakrishnan…we’re assuming they’ll all return. But this season will introduce some new characters, as well. In November, Netflix announced Megan Suri will join the Never Have I Ever cast. She plays Aneesa, “a new student at Sherman Oaks High, whose confidence and radiance will pose an immediate threat to Devi,” the official Netflix account tweeted. 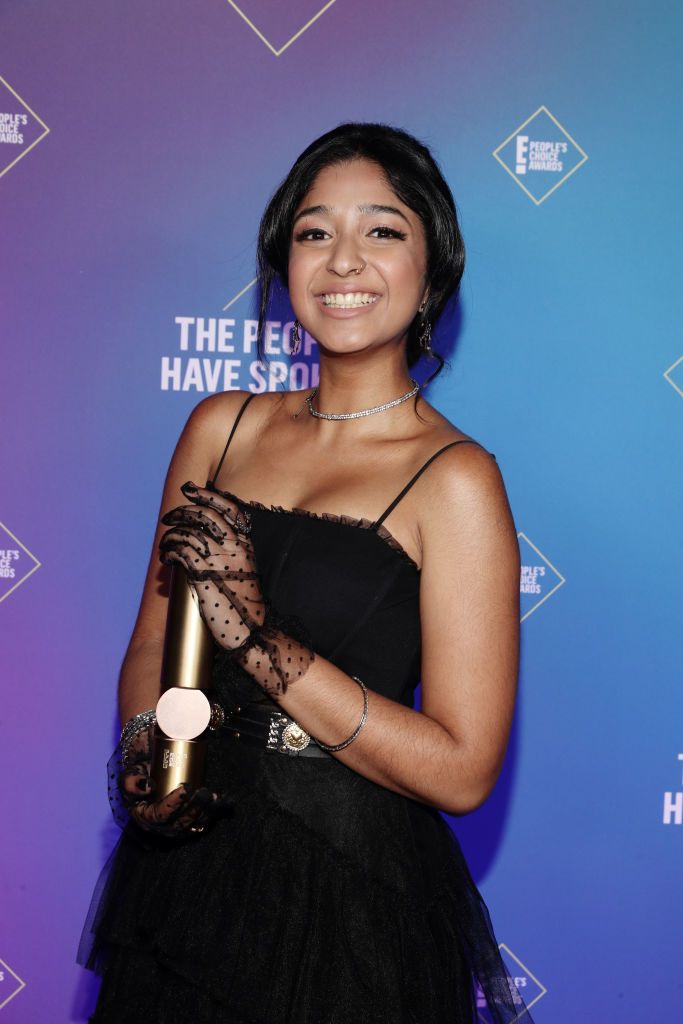 Other new characters include actor Tyler Alvarez who will take on the role of Malcom, a teen actor who returns to Sherman Oaks High. Deadline describes the character as a “Young Hollywood” type, who “went to elementary school with Devi and her friends but left when he was cast in a Disney Channel show.” There is also actor Utkarsh Ambudkar who you might recognize since he played as Mindy’s little brother on The Mindy Project. He will take on the role of Mr. Kulkarni, who Deadline describes as “the coolest teacher on staff at Sherman Oaks High.”

Finally, actor P.J. Byrne also joined the cast of Never Have I Ever as Evan, the head research assistant in Kamala’s (Devi’s cousin) program at Caltech.