Everything We Know About The Hocus Pocus Sequel

Spooky season may be over but not for Disney+: The streaming platform is currently in the midst of production for Hocus Pocus 2. Hocus Pocus, the 1993 cult classic is one of the most beloved Halloween movies of all time, so of course fans rejoiced at the news that a sequel is in the works. For those unfamiliar with the timeless film, it’s about three witches who are resurrected by a teenage boy on the night of Halloween in the city of Salem, Massachusetts. Havoc and hilarity inevitably ensue as the witches attempt to reclaim their grip on modern-day Salem. What do we know so far about the upcoming movie? Get your salt circles ready, everyone, as we give you the latest details. 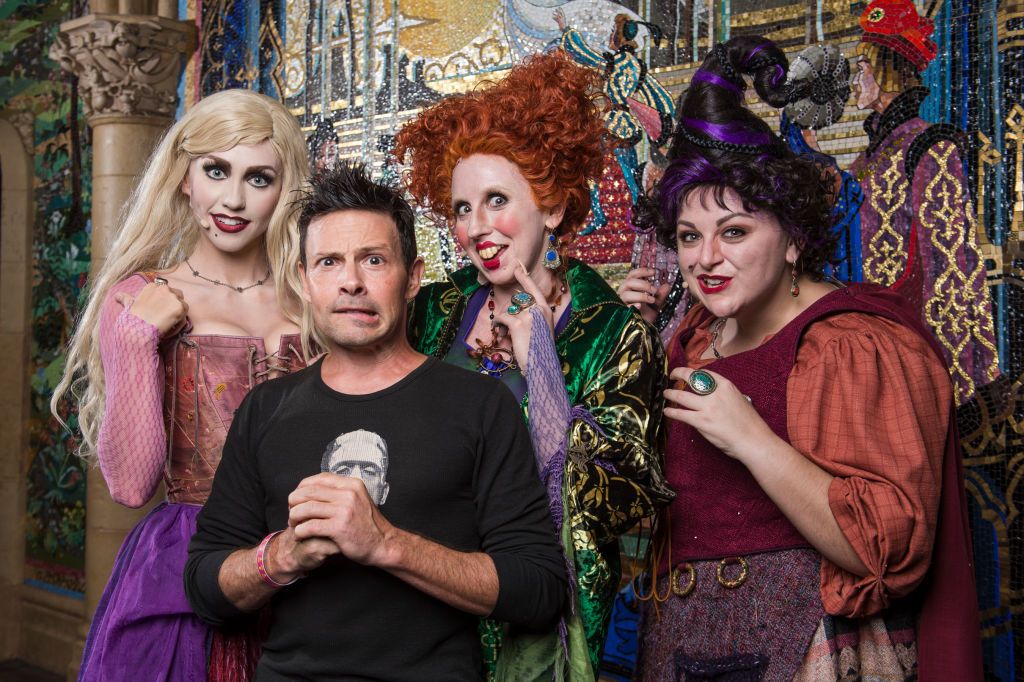 The film will be directed by Anne Fletcher and written by Jen D’Angelo. Disney+ has confirmed Fall 2022 as the official release date and that production is underway in Rhode Island. As for the original cast – Bette Midler, Sarah Jessica Parker and Kathy Najiny are reprising their roles as the diabolical sister witches. We can’t wait to witness once more the amazing chemistry these three bring to the screen! Day Jones is also back to portray “Billy” Butcherson, Winfred’s former lover who she turned into a zombie.
Disney+ also issued a snippet regarding the sequel’s plot: “It’s been 29 years since someone lit the Black Flame Candle and resurrected the 17th-century sisters who were executed for practicing witchcraft, and they are looking for revenge. Now it is up to three high-school students to figure out how to stop the ravenous witches from wreaking a new kind of havoc on Salem before midnight on All Hallow’s Eve”.

The three high school students mentioned will be portrayed by Whitney Peak, Lilia Buckingham, and Belissa Escobedo in the roles of Becca, Cassie and Izzy respectively. Other cast members include Hannah Waddingham, Tony Hale, Sam Richardson, Juju Brener, Froy Gutierrez, Taylor Paige Henderson and Nina Kitchen.
Unfortunately, Disney+ has not released a trailer yet but they did upload an Instagram clip with the famous black candle and the creepy “come little children” song from the movie playing in the background. Creepy vibes… We might have a while ways to wait for the anticipated sequel, until then – you may stream the original on Disney+