Everything To Watch Before It Gets Cut From Netflix

There are some classic throwback movies and binge-worthy television series leaving Netflix. We will be saying goodbye to our favorites like The Princess Diaries 2 and American Pie. You’ll want to read on and make sure to binge these ASAP before they get the boot.

The Bride of Chucky is the fourth movie in the Child’s Play franchise. For those who are not familiar with the pint-sized serial killer, Chucky is a doll that has haunted audience’s nightmares since 1988. We’ll be sad to see this cult-classic horror film leave Netflix.

The dinosaurs have officially gone extinct, this time from Netflix. Fans were shocked to see the Jurassic Park trilogy leave the streaming platform. The science fiction adventure film is about a theme park featuring cloned dinosaurs, and, as one would expect, chaos ensues.

The cult classic, The Big Lebowski, has taken on a life of its own since it hit theaters in 1998. It has inspired its very own festival, The Lebowski Fest, and even its own religion, Dudeism. If you haven’t caught onto ‘the dude’ bandwagon yet, make sure to. But if not, “Yeah, well, you know, that’s just, like, your opinion, man.”

Sing is like American Idol with cute animals. The premise: an adorable koala named Buster Moon hosts a singing competition to try to save his theater. More than 60 songs from famous singers are included in the film, including an original song from Stevie Wonder and Ariana Grande called “Faith.” Lighthearted and inspiring, this animated movie is one you don’t want to miss. 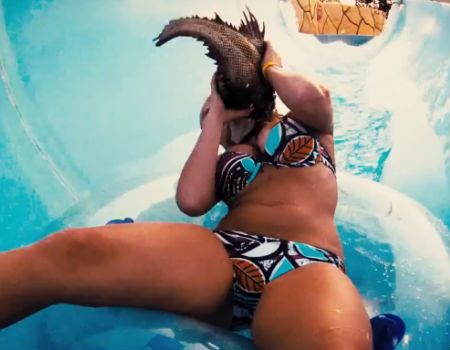 You may also like
Lizzo's Collab With Quay Sunglasses
We're going to be looking good in November!
Marc Gordon -
Markle & Harry Settle Down in Cali
Welcome home!
Marc Gordon -
New Oreo's Are Coming Soon
Chocolate Hazelnut and Java Chip- oh my!
Laura Lee -
Netflix's Film 'Work It'
The movie that is guaranteed to make you dance the night away!
Claire Miles -
Add Some Color With These New Finds
Tie-Dye is back and we're here for it
Andrew Parker -
TMT Live Preview
geoedge-origin-div
gesource
geparentscriptid
getagid
bidswitch.net%2Fpreview
riskiq