Facts About the National Anthem

Everyone knows the American anthem ends with “O’er the land of the free and the home of the brave.” But how much do you know about the number one song in the United States? Here are some others you may not know. 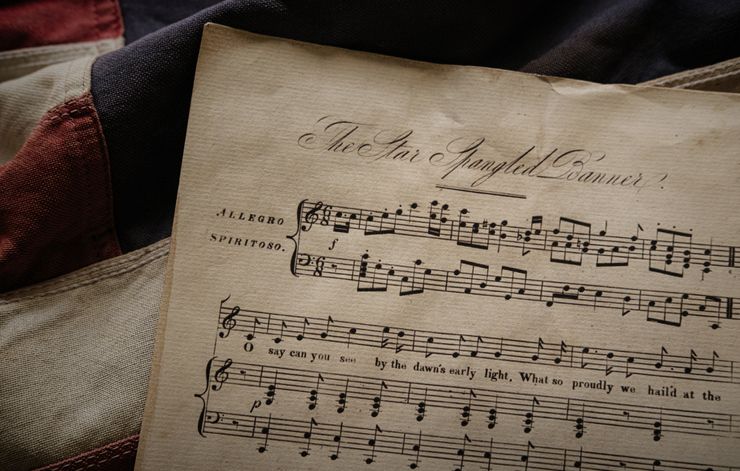 Firstly, an amateur poet and songwriter, Francis Key, composed the ‘Star-spangled Banner,’ known today as the American national anthem. Although Francis Key originally intended for the now-anthem to accompany popular day music, he gave it no title. Then, within a week from when Francis Key sprawled the lyrics of the poem on the back of a letter, Baltimore newspapers printed the poem verses on broadsides. Then, in November, a Baltimore music store published the poem and gave it its now-present title, the Star-Spangled Banner. Key was more than an amateur poet; he was a prominent figure in Washington, running a successful law practice, and served as a trusted advisor in Andrew Jackson’s, “Kitchen Cabinet.” He became a United States Attorney in 1833 and prosecuted several cases. He was also an enslaver but was one of the founders of the American Colonization Society that helped ship thousands of free Black people back to Africa.

The poem did not become the anthem until more than a century after its composition. The Star-Spangled Banner was among the more popular patriotic songs during the war of 1812. In 1916, President Woodrow Wilson signed an executive order assigning it as the national anthem for all military events. This order wasn’t immediately signed into law, though, as it went through forty failed attempts, until in 1931 when the Star-Spangled poem was formally designated as the United States’ national anthem.
Although the Star-Spangled Banner has four verses, patriotic and sporting events only use the first verse. Also, the Star-Spangled Banner is one of the most challenging songs to sing appropriately, even as an experienced singer. Some unforgettable renditions of the anthem include Whitney Houston, Jennifer Hudson, Lady Gaga, Beyonce, and Kelly Clarkson.