Whether you’re a fan of the show of you aren’t, everyone has seen Gossip Girl. The original series, which aired from 2007 to 2012 on The CW, starred Blake Lively, Penn Badgley, Leighton Meester, Chace Crawford and Ed Westwick. And recently the stars of the upcoming Gossip Girl reboot officially kicked off production this week in New York City. In early November, co-stars Eli Brown and Whitney Peak were spotted filming a scene in New York City. The pair will star as part of “the leading trio” on the show, according to Deadline. They were photographed leaving a building together, both dressed up for a night out. Chilling Adventures of Sabrina star Whitney Peak wore a long-sleeved metallic dress with black open-toed heels and a crossbody purse. Eli Brown, who is known for his role on Pretty Little Liars: The Perfectionists, wore a beige wool jacket over a dark green sweater and jeans.

The Gossip Girl reboot is based on the Cecily von Ziegesar book series and will feature a whole new cast of teens enjoying their privileged lives on Manhattan’s Upper East Side. Original creators Josh Schwartz and Stephanie Savage are also involved with the project. The cast includes Emily Alyn Lind in a lead role, Scream Queens star Tavi Gevinson, Legacies star Thomas Doherty, Adam Chanler-Berat and Zion Moreno. Last month, model and skateboarder Evan Mock also joined the HBO Max reboot as a series regular. And, how could we forget to mention the best part: Kristen Bell is set to reprise her role as the drama’s narrator. 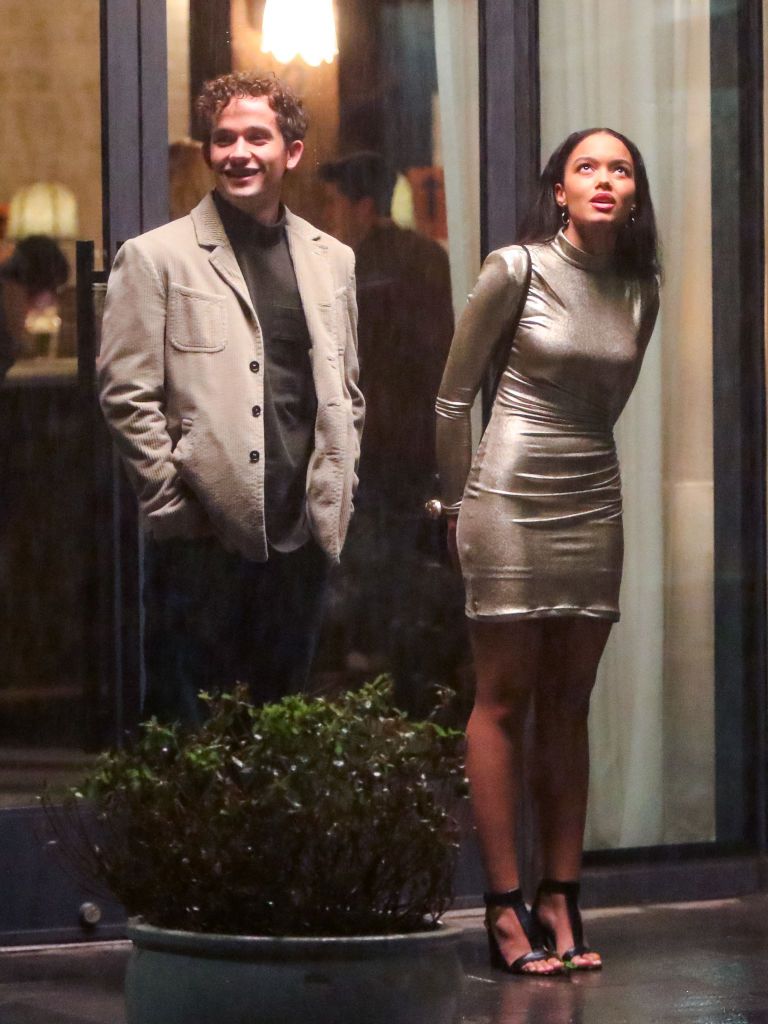 The reboot was originally set to premiere this fall but was pushed back to 2021 due to the ongoing pandemic. “They hadn’t even started production yet; they were in pre-production and ready to roll,” HBO Max chief content officer Kevin Reilly told Vulture in May.
You may also like
Open Chunky Cardigans
Are they old-fashioned?
Andrew Parker -
The Life And Legacy Of Bob Marley
How the “One Love” star firmly placed Jamaica on the map
Andrew Parker -
Fun Nail Art Ideas
Here are some fashionable and elegant ways to paint your nails!
Laura Lee -
The Last of Us: Reviewed
Nearly a decade later, The Last of Us is still a masterpiece.
Andrew Parker -
Benefits Of Cycling For The Elderly
Cycling is a great activity for the elderly to release stress and have a longer life.
Andrew Parker -
TMT Live Preview
geoedge-origin-div
gesource
geparentscriptid
getagid
bidswitch.net%2Fpreview
riskiq