The incredible 17-year-old is already a world-renowned climate change advocate and now she has been nominated (again) for this year’s Nobel Peace Prize. Greta Thunberg is among the 318 nominated candidates. Her campaigns have caught the world’s attention; the teenager has encouraged students to attend protests demanding political action on climate change. Her ‘Fridays for Future’ movement for action on climate change has since become a global protest. The Swedish activist was nominated by three Norwegian lawmakers and two Swedish parliamentarians.

“Not a single person has done more to get the world to focus on climate change than her,” Asle Sveen, a historian and author of several books about the prize told Reuters. Considering the current coronavirus climate, Dan Smith, the director of the Stockholm International Peace Research Institute, said Thunberg was a strong contender if the committee wanted to highlight the link between environmental damage and the threat to peace and security. “There is a relationship between environmental damage and our increasing problem with pandemics and I wonder whether the Nobel Peace Prize Committee might want to highlight that,” he told Reuters. He added that if the committee decided to highlight this trend, “there is obviously the temptation of Greta Thunberg”. 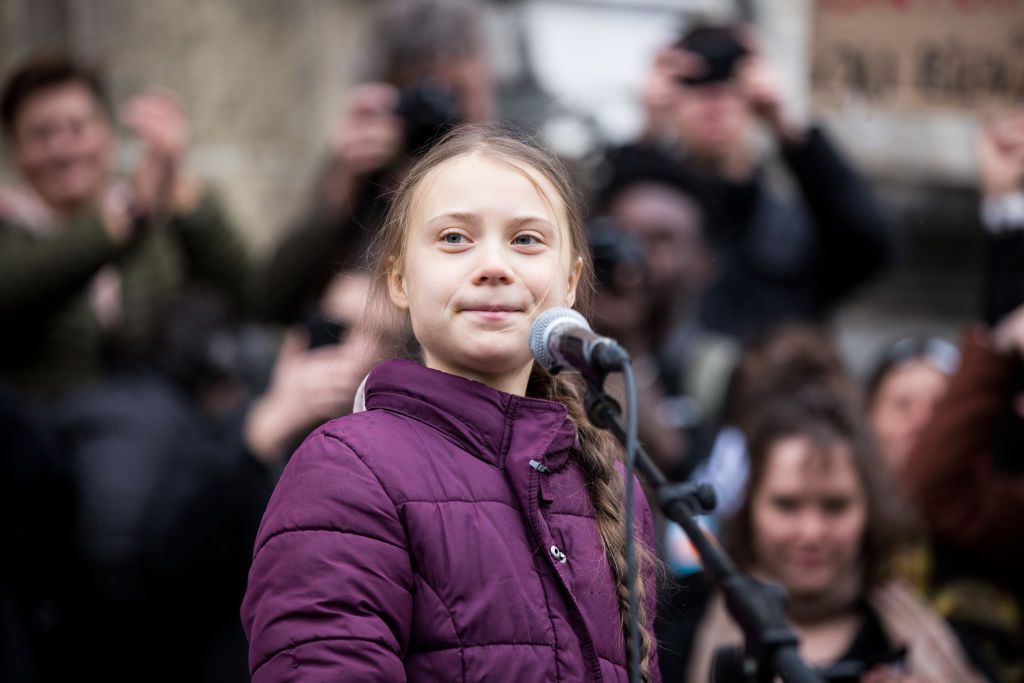 The winner will be announced in Oslo on October 9 and they will receive a $1 million prize. Thunberg has already been nominated for several honors and awards. She has won the Gulbenkian prize as well as the Amnesty International’s top human rights prize. Additionally, she has won the Swedish Right Livelihood Award and has been featured on Time’s magazine’s “100 most influential people in the world.”

Just this past July, the teenager received $1.1 million as the winner of the Gulbenkian Prize for Humanity. The Portuguese rights award “aims to recognize people, groups of people and/or organizations from all over the world whose contributions to mitigation and adaption to climate change stand out for its novelty, innovation, and impact.” In a statement, Jorge Sampaio, Chair of the Grand Jury of the Prize said: “The way Greta Thunberg has been able to mobilize younger generations for the cause of climate change and her tenacious struggle to alter a status quo that persists, makes her one of the most remarkable figures of our days.”

Revealing the news on Instagram, Thunberg said she was incredibly honored and extremely grateful to be awarded the Gulbenkian prize and the “one million Euros, (which) is more money than I can imagine” would be in its entirety donated to “organizations and projects that are fighting for a sustainable world, defending nature, and supporting people already facing the worst impacts of the climate- and ecological crisis—particularly those living in the Global South.”

You may also like
How to Spot a Fake Online Store
Save yourself from online scams
Claire Miles -
Facts About Apple
Facts you may not have known
Laura Lee -
Outfit Ideas For Prom
We got your prom looks sorted
Claire Miles -
Why Are TikToks So Addictive?
Why can't we stop watching them?
Andrew Parker -
Top 3 Docuseries on Netflix
Netflix had a lot to offer this year
Andrew Parker -
TMT Live Preview
geoedge-origin-div
gesource
geparentscriptid
getagid
bidswitch.net%2Fpreview
riskiq