Blake Shelton and Gwen Stefani got engaged, as you very well remember, back in early November! The couple made their engagement Instagram official on October 27 with a post of Stefani’s ring with her new fiance. Just weeks ago Gwen Stefani told Extra that she thought it was “pretty cute” when people referred to Shelton as her husband. “Do you know how many people say my ‘husband’ about him?” she said, referring to Shelton. “I guess we’re just together…People got used to it or something like that,” she added. “But it’s pretty cute.” In August, she corrected Dua Lipa on Jimmy Kimmel Live after the British singer referred to Shelton as her husband. “Um, well … he’s not my husband, but that sounded cool when you said it,” Stefani said. (“I guess our little interview aged well!” Dua Lipa joked on the singer’s announcement post, as captured by Comments By Celebs. “Congratulations!!! Best news.”) 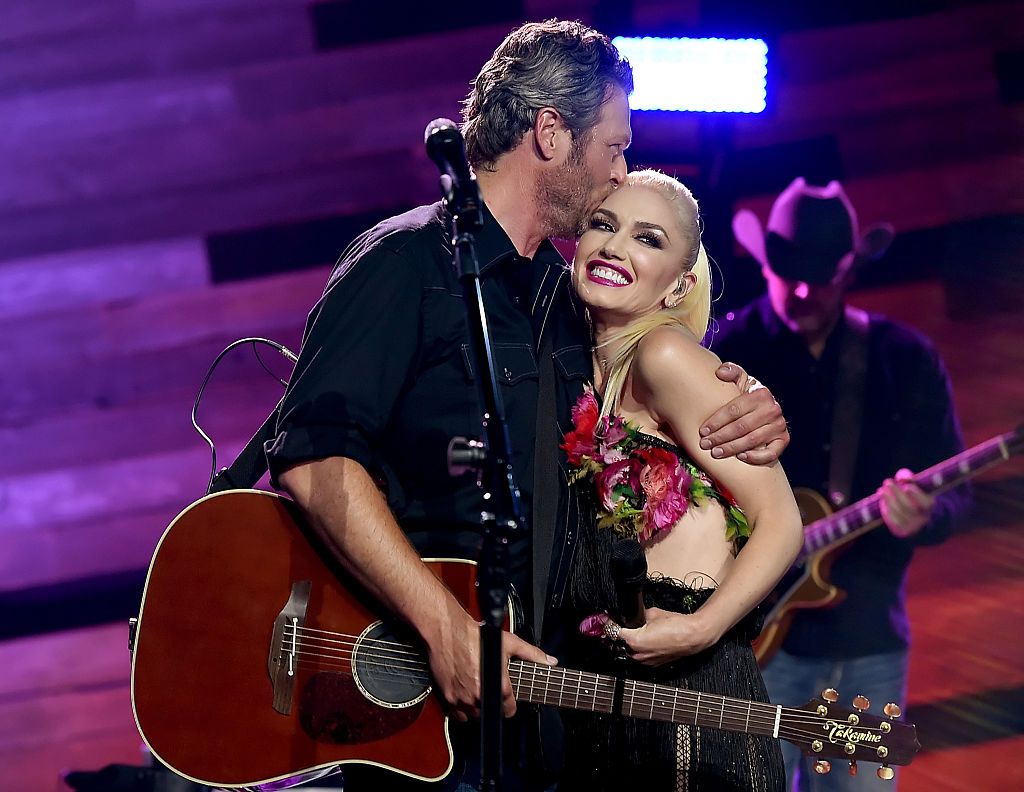 The power couple first fell in love on the set of The Voice in 2015, bonding over their own recent heartbreak and respective divorces. They’ve been together ever since. “When you’re where she and I were, and you just feel so betrayed and on bottom, this bond that we formed when we found out what each other were going through, it’s still there,” Shelton previously told PEOPLE. Four years after news first broke that the couple was dating, a source told PEOPLE the pair were actively planning for a long-term future together. “They’re still madly in love and beyond inseparable,” the source revealed in November. “Blake has wanted to take his time with marriage, but he is absolutely committed to Gwen. They both feel they’ve found their true partner in life and plan to be together forever.” With packed work schedules between The Voice and COVID cancellations, the couple have always remained “very supportive” of each other “both personally and professionally,” said the source.

Gwen Stefani talked with late-night host Jimmy Fallon on his talk show The Tonight Show on January 5 to talk about her engagement. During the interview, the singer opened up about Blake’s proposal in October, saying, “It was actually pretty magical.” The special moment unfolded during a sweet escape as the couple enjoyed some time with loved ones at their ranch in Oklahoma — a getaway that almost didn’t happen due to the COVID-19 outbreak. “We were this close to canceling the trip,” Gwen said. “We ended up making it all happen, and we were all here at the ranch.” Blake then popped the question, and the duo celebrated with their family.