Joe Jonas might soon be taking a page out of Taylor Swift’s playbook. Jonas, 31, has expressed interest in adding the Jonas Brothers’ debut album Its About Time, the same way Swift is doing with her own music catalog. “I think I would probably re-record our entire first album,” Jonas said to Buzzfeed when asked which song of the Jonas Brothers he would re-record. “Just do something like what Taylor did recently, which I thought was really clever.” 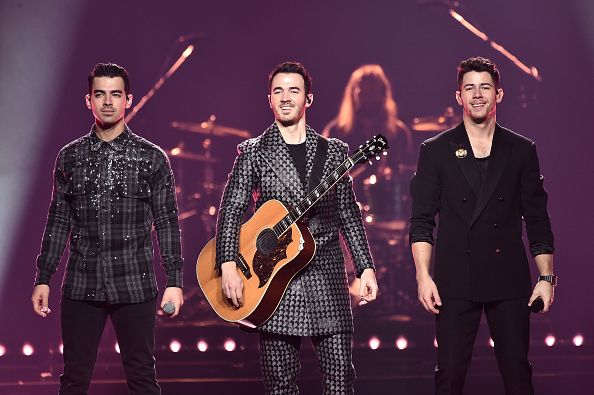 Joe along with brothers Nick Jonas, 28, and Kevin Jonas, 33, released their debut album It’s About Time in 2006. The trio of brothers released five albums together during their 10 year run as a band. The trio starred in the television series Jonas, on Disney Channel from 2009-2010. They also were in the Disney Channel Original Movies Camp Rock (2008) and Camp Rock 2: The Final Jam (2010) before they disbanded in 2013. Joe Jonas later became the lead singer for DNCE, releasing their first album in 2016.

Swift, 31, who dated Joe briefly in 2008, dropped Fearless (Taylor’s Version) in April 2021, a re-recording of her second studio album that was originally released in 2008. The 11-time Grammy Award winner previously committed to re-recording her entire music catalog after Scooter Braun bought her former record label Big Machine Group and the masters for her first six albums with it. Braun has since sold the masters to a private equity firm, but continues to profit off of them.