It really has been quite the whirlwind year for Katy Perry! The singer, who started dating Orlando Bloom in 2016, first announced her pregnancy in March in her “Never Worn White” music video (which essentially broke the internet). Perry has since kept things real with her followers. She recently spoke with Australian radio hosts Kyle and Jackie O about her pregnancy and how she is anticipating the arrival of her first child with Bloom next month. Perry hasn’t been shy showing off her baby bump just recently wearing a crop top promoting her upcoming album. She said, “My hands are swollen, my feet are starting to swell. I’m really grateful for my body and I have so much respect for other women going through this process. You get a whole new viewpoint being pregnant.” 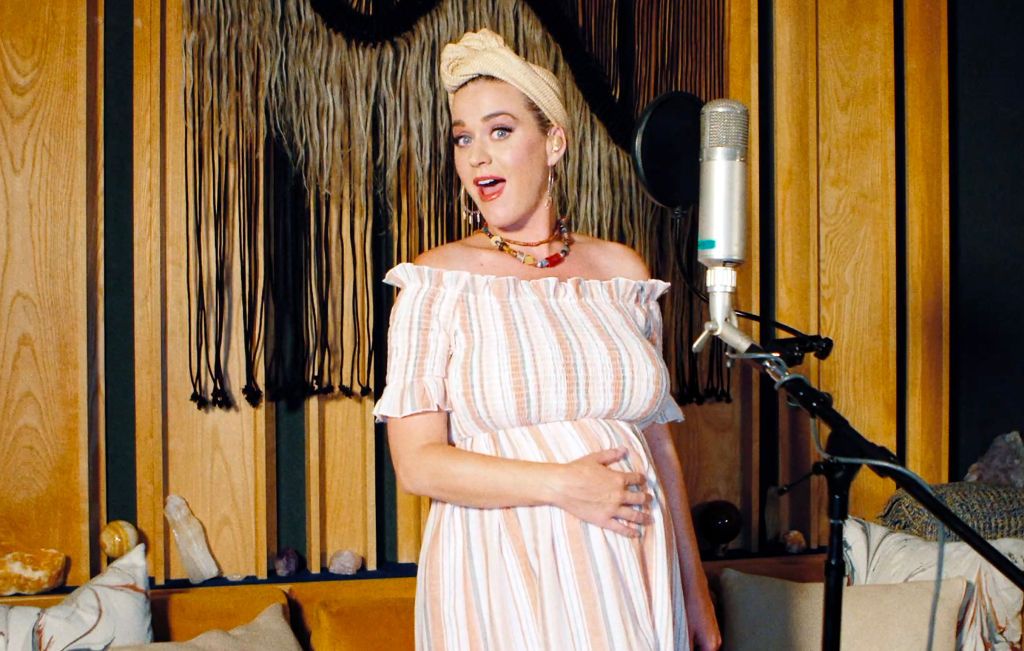 Perry also shared with the radio hosts that her pregnancy has not slowed her down at all. She described herself as being a “mother on the move.” “I’m a very active woman and an active om and during this time of COVID- and quite frankly an American revolution- I have been also putting out songs and heading towards putting out a record. I’m working really hard. The one blessing is I don’t have to travel extremely, which can really take it out of you.” Perry also revealed the adorable nickname she has given her daughter. She’s referred to her daughter as “Kicky Perry” during a chat with Hits Radio.