KFC Will Be Launching Vegan Nuggets

Plant-based lovers rejoice! KFC is coming out with a new vegan menu item, Beyond Fried Chicken, to give some more options for all you vegans and vegetarians out there. This is coming at the perfect time as more and more fast-food chains are adding vegan meat to their menu. KFC recently announced their nationwide debut of Beyond Friend Chicken which was two years in the making. Starting January 10th, you’ll be able to get your hands on the anticipated vegan chicken at KFC locations in the U.S. It can be ordered either as a plant-based-combo meal or separate in a six or 12 piece order. We’re getting hungry just thinking about it. 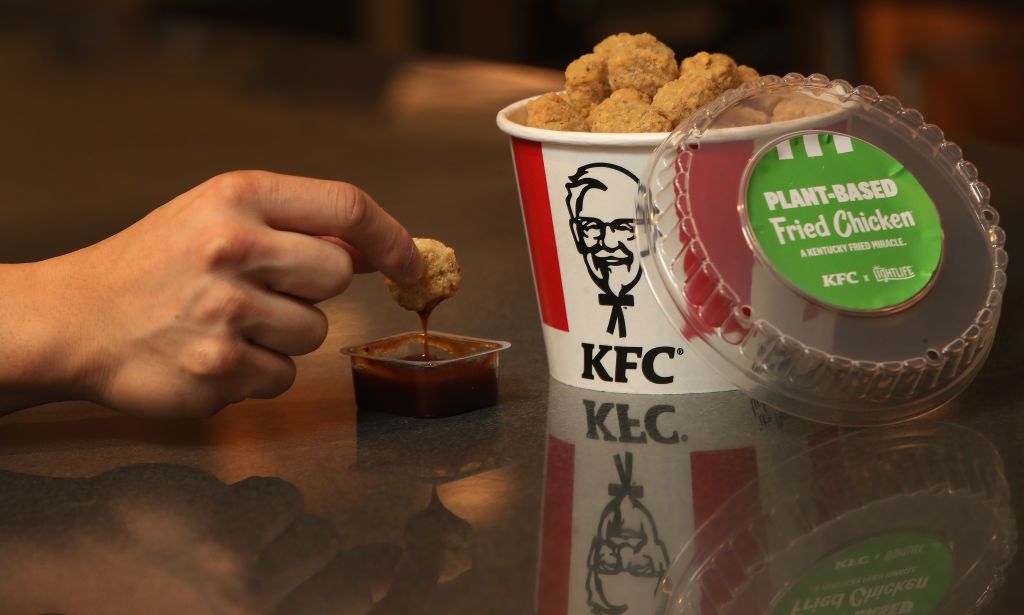 The Beyond Fried Chicken was made in collaboration with Beyond Meat (BYND), and word started spreading in September when Kevin Hochman, KFC U.S. President, said that KFC was doing everything they could to make the vegan option just right. He told the business outlet “Fortune,” “What we’re trying to replicate is a tenderloin where you actually have the muscle fibers. The texture is a bit more pleasing than what we’d call a ‘chewed-and-glued.’ It’s a different technology.” The Beyond Meat Chicken was first tested back in August of 2019 in Atlanta. It’s safe to say that this limited test was a hit because the item was sold out in less than five hours.

A year later, KFC along with Beyond Meat did more testing in Nashville, Charlotte and Southern California. Hochman is aware that meatless alternatives are essential for the future saying. In an interview with Bloomberg, he said, “Younger people tend to be the ones that want to eat more plant-based. We envision this trend to continue to grow. We’re pretty bullish on that. We don’t think that plant-based is a fad, we think that’s something that’s going to continue to grow over time.” There’s even a new campaign featuring YouTube Star Liza Koshy to promote the new plant-based option. Beyond Meat is not just working with KFC, but other huge fast-food chains such as McDonald’s, Taco Bell, Costco, Subway, TGI Friday’s, Dunkin’, Pizza Hut, and more. In the meantime, we’ll be waiting until January 10th.