The Kardashian sisters seemingly always are rolling out big business plans. Kim Kardashian’s next big move is case in point. She’s expanding her KKW Beauty empire to retail stores and launching her Skims undergarments and has confirmed her skincare line. She told Refinery29 that she was interested in launching a skincare line and she has officially made the first step. On August 17, the star officially filed for a “KKW Skin” trademark through the United States Patent and Trademark Office. The trademark covers an array of skin-care products, including moisturizer, cleanser, toner, facial mists, and body powers. As we’ve seen with other trademark filings, it could take a while before we see this brand come to life — or it could launch when we’re least expecting it. “I’d love to [launch skin care],” she tells Refinery29 during an interview for the launch of KKW Beauty at Ulta Beauty. “I’m obsessed with skin care. I test so many products, and I love to try so many different facials.”

Her youngest sister, Kylie Jenner, entered that market this past May with Kylie Skin. And the sisters are known to talk about skincare in their group chat, according to KKW. “Anytime we see something like a crazy facial, we always put it on the group chat,” she reveals — and as for trying specific products: “We do more of those reviews in person.” 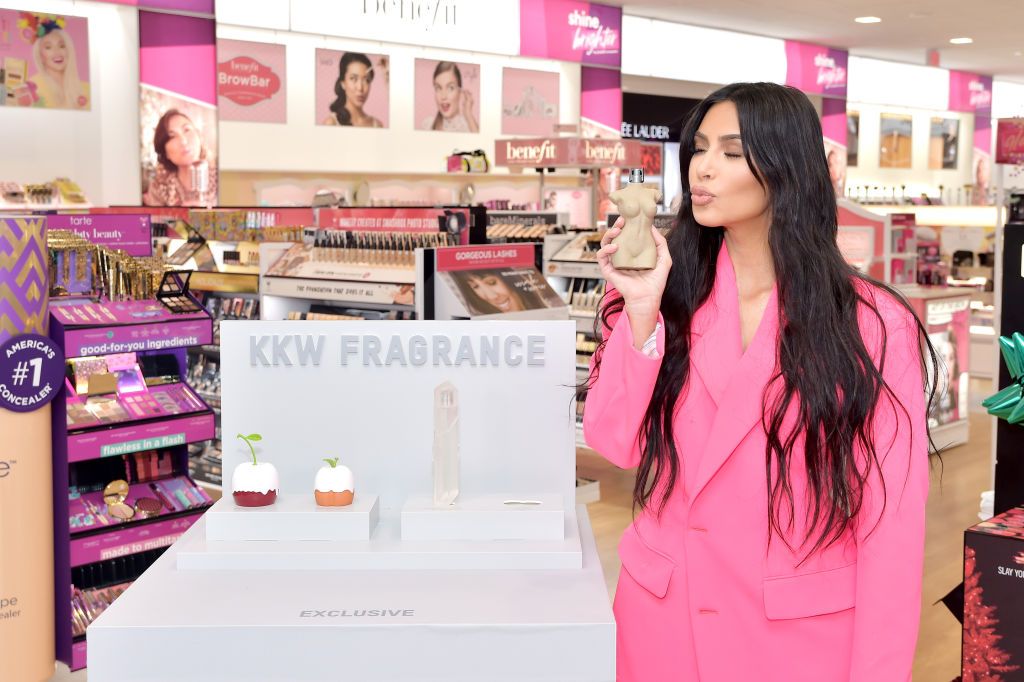 While Kardashian West didn’t spill any details on what her skin-care line would include, we’d guess that it will likely be products that work well with her psoriasis. She has publicly battled chronic psoriasis since 2010, including sharing the treatments that have worked for her to ease the symptoms, like an at-home light-therapy device to ointments. There’s also a high chance she’ll include her current favorite product: thick moisturizers. “I have dry skin, so I really love [heavy moisturizers], especially when I’m traveling,” she tells us.