Lady Gaga and Ariana Grande Rocked at the 2020 MTV VMAs

The 2020 MTV VMAs aired “live” on Sunday night, but in reality, the majority of the show was filmed ahead of time. Due to the restrictions from the novel coronavirus (COVID-19) pandemic, the ceremony couldn’t happen like the years prior. MTV decided to put together a show with pre-filmed footage, including the award announcements themselves. Anyone who traveled to New York to film performances had to quarantine for three to four days before their scheduled filming slot, and all crew on the set were also frequently tested for the virus in order to comply with CDC recommendations. For artists who didn’t want to or were unable to fly into New York, MTV helped them film from Los Angeles using green screens to make it look like they were on the New York sets. A source told Page Six, “Performers in Los Angeles were all shot in-studio on a green screen. Miley Cyrus, Ariana Grande, Lady Gaga, Doja Cat all shot theirs on a screen to make it look like they were in New York but they never came here. It wasn’t just the performances that were filmed ahead of time. Even the awards themselves and the acceptance speeches were pre-filmed. 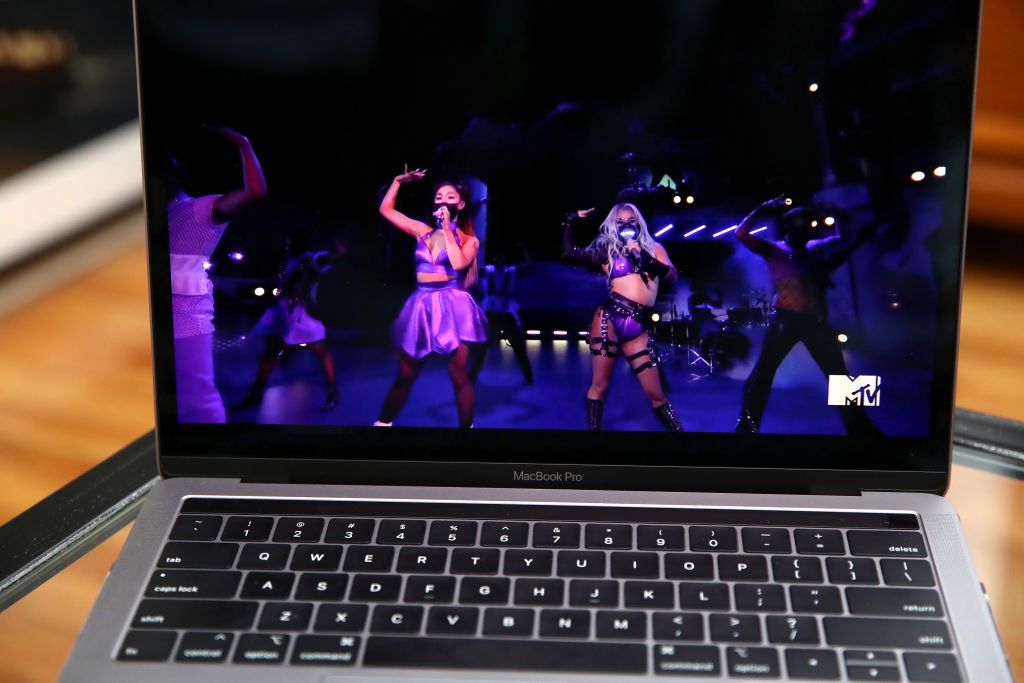 Lady Gaga and Ariana Grande took the stage to perform their hit “Rain on Me” live for the first time. Gaga work a black and purple two-piece and Grande rocked a matching purple crop top and skirt as they danced and sang all over the stage. The performance was Gaga’s first VMAs since she sang “Applause” from her LP Artpop in 2013 and Grande’s first VMAs act since 2018. During the show, Gaga also sang her hit songs “911” and “Stupid Love,” and of course included some epic wardrobe changes. It was a big night for both Lady Gaga and Ariana Grande! They each received nine nominations each, earning them the most nods. The pair ended up taking home the awards for best collaboration, song of the year, and best cinematography for “Rain on Me.” Gaga also won the award for artist of the year and was honored with the inaugural Tricon award. Grande herself earned the best music video from home trophy for her “Stuck With U” collaboration with Justin Bieber.