Netflix just released the trailer for its new rom-com Love Hard,  directed by Hernán Jiménez, which is set to premiere on November 5th.  Nina Dobrev (The Vampire Diaries), plays Natalie, an L.A writer who, like many of us, finds modern dating to be challenging – to say the least. However, after a promising match with Josh (Jimmy O. Yang; Silicon Valley) on a dating app, the hopelessly romantic Natalie decides to travel across the country to surprise him: “I’m going to get my happy ending”, she declares confidently. But her plans go awry and much to her horror, she discovers that she has been the victim of catfishing. 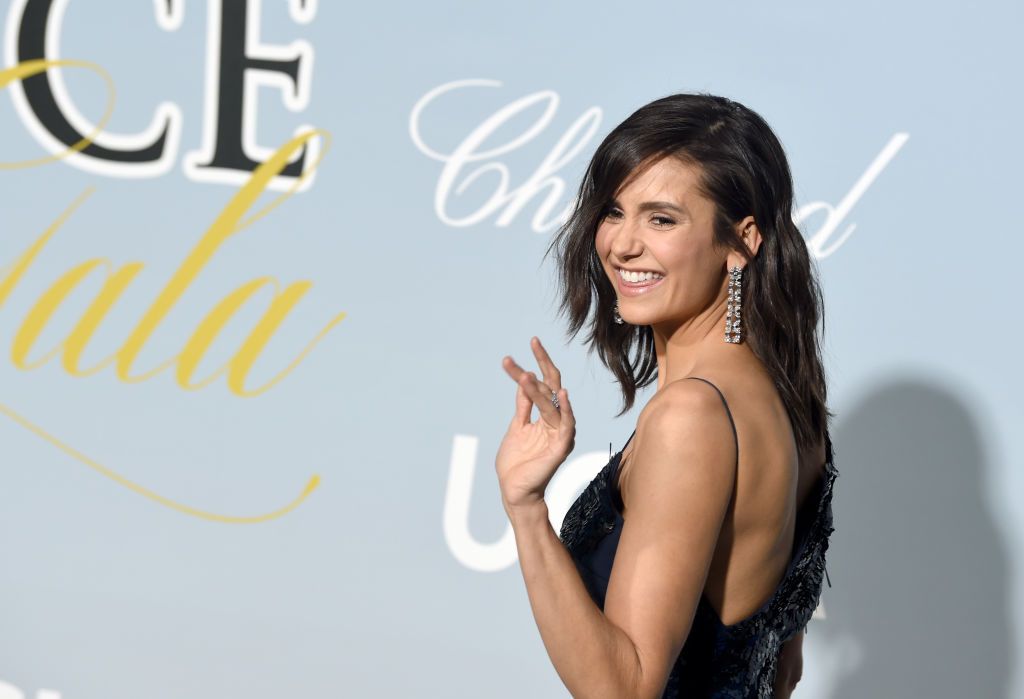 To complicate matters, Tag (Never Have I Ever’s, Darren Barnet), the guy she actually intended to surprise, lives in the same town and if the trailer is any indication, hilarity and chaos ensue. You see, to make it up to her – the nerdy, shy, Josh agrees to help Natalie win over the cool, gorgeous, outdoorsy Tag. And while we have probably seen enough rom-coms to guess the ending of this movie (duh, she falls for Josh, who catfished her), it still looks like a fun, sweet and modern take on modern dating and I am totally here for it. According to Dateline, the movie is described as “When Harry Met Sally meets Roxanne”. Other cast members include James Saito, Harry Shum Jr., Mikaela Hoover, Heather McMahan, Rebecca Staab, Althea Kaye, Matty Finochio, and Fletcher Donovan.

Love Hard is just one movie that is part of Netflix’s big movie holiday release. Other rom-coms and Christmas-inspired movies scheduled to hit the streaming service include the highly anticipated The Princess Switch 3, starring Vanessa Hudgens, Single All the Way, an LGBTQ+ romance and many more.