Machine Gun Kelly Is Coming Out With New Music!

Machine Gun Kelly fans can finally sleep well at night knowing that he will be releasing new music very soon. It seems as if it’s been decades since we’ve had any musical updates from the pop star. But he has finally risen and fans will be blessed with a brand new album. His upcoming album, ‘Born with Horns,’ is expected to have way more guitar than previous releases of his, as well as deeper and meaningful lyrics. This will be the 31-year-olds fifth studio album and we are more than just excited for this. We found out all the details we could. Read on to find out what to expect from the anticipated album! 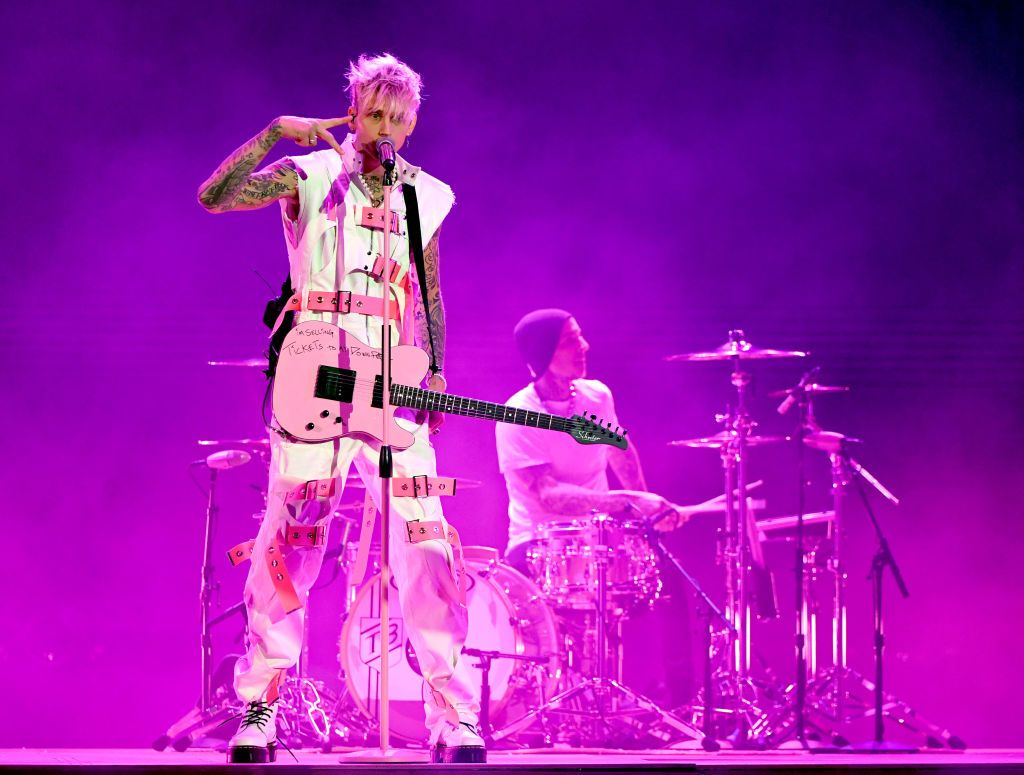 What we know about Machine Gun Kelly is that he likes to play around with his musical genre. He doesn’t stick to just one theme. His last album, ‘Tickets to my Downfall,’ transitioned him from rapper to rocker, and it also made it to the Billboard 200. In an interview with William Geist on Sunday Today, MGK announced his upcoming album he’s been working on with Travis Barker and explained that “it feels more guitar-heavy for sure, lyrically it definitely goes deeper — but I never like to do anything the same. Every album is a juxtaposition of the last album. So I went and studied Tickets, and I heard the bright sound that I had, and for this album, I just turned the lights off.”

Machine Gun Kelly, whose real name is Colson Baker, is changing up his style this time around, and we can expect his new music to contract the pop-punk sounds of his album, ‘Tickets.’ He said, “I’m not scared anymore, there’s nothing holding me back from being my true self — and my true self can’t be silenced, can’t be restrained. It’s a force, it’s like a hurricane. Can’t stop that, it just goes until it feels like stopping, and I don’t feel like stopping anytime soon.” We’re happy he doesn’t feel like stopping, because we could always use some more MGK music in our lives. Back in August, MGK released the song ‘Papercuts’ from the album, and the sound is a lot darker than his previous recordings. We don’t have a release date yet, but he did tease that we’d have something new to listen to this upcoming New Year’s Day. Now we’re just waiting for January 1st.