MGK and Megan Fox Are Engaged

It’s official. Machine Gun Kelley and Megan Fox are finally engaged. If you”ve been following this power couple for a while, you know that their relationship is anything but traditional and conventional, so you can bet their engagement wasn’t either. MGK proposed to Fox under the same Banyan tree the pair fell in love under and popped the question with a stunning engagement ring. He even posted a video of the ring on his Instagram and explained it’s “two halves of the same soul forming the obscure heart that is our love.” How romantic. 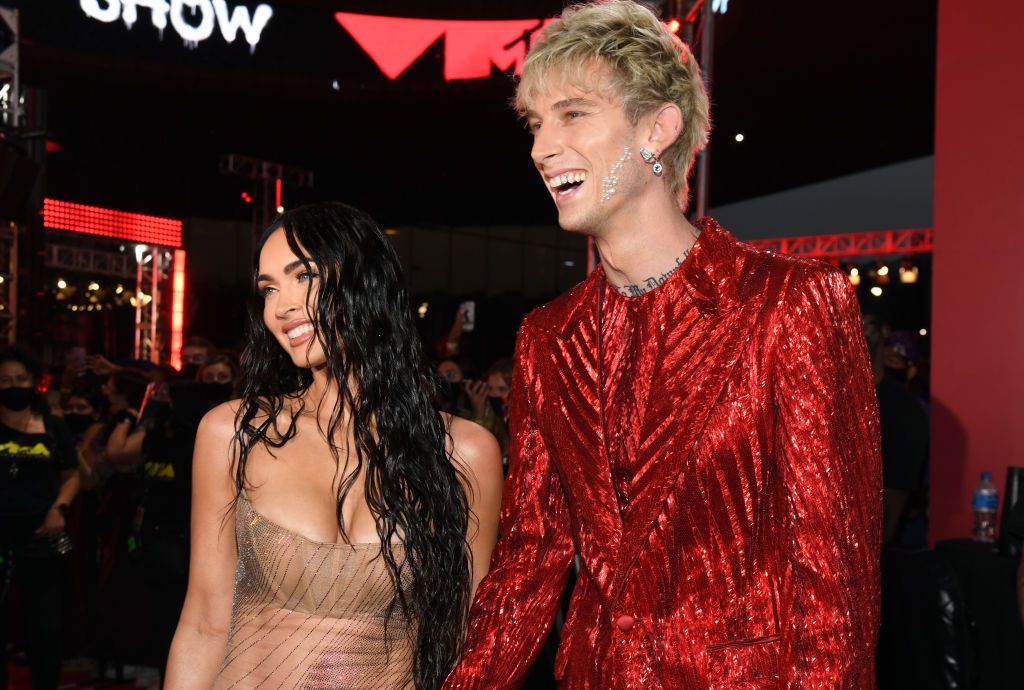 Fox also shared a video of the proposal on her Instagram. Clearly, these two can’t keep the news to themselves. In her Instagram caption, Fox explains, “We were oblivious to the pain we would face together in such a short, frenetic period of time. Unaware of the work and sacrifices the relationship would require from us but intoxicated off of the love. And the karma. Somehow a year and a half later, having walked through hell together, and having laughed more than I ever imagined possible, he asked me to marry him. And just as in every lifetime before this one, and as in every lifetime that will follow it, I said yes. …and then we drank each other’s blood.” Remember when we said unconventional? Well, that’s what we mean.

The couple was first spotted together back in May of 2020 and they fell in love on the set of Midnight in the Switchgrass. It was an unexpected romance, as Fox had just separated from Brian Austin Green. In a statement to British GQ Style, Megan gave some insight on their relationship and said, “You know, famously, like, I’m an unusual person. And I had buried a lot of that because it didn’t have a place to live. That’s something that, meeting him, it’s like meeting your own soul’s reflection. I recognize so much of myself in him, and vice versa, and that locked-up part of me that I had put away. I’d always felt like there was that thing missing, that I’d given up on, that you’re always seeking. But then you meet the person that completes that for you and you’re like, ‘Oh, this is what my heart was searching for. That’s what that beacon was this whole time.'”