Millie Bobby Brown Will Star in a New Netflix Film

Millie Bobby Brown is a very impressive 16-year-old. The actress is not only an accomplished actress, she is also a producer, too. The Stranger Things star is set to star in and produce a new Netflix film, The Girls I’ve Been. The news was first reported by Deadline. Netflix has since confirmed the movie, which is an adaptation of the upcoming young adult novel with the same name by Tess Sharpe. We don’t have too many details yet about the film or its release, but we do know that The Girls I’ve Been is suspense thriller centered around a con artist, played by Millie Bobby Brown, who “use[s] her powers of persuasion and impersonation to free herself, her girlfriend and ex-boyfriend from a bank hostage situation,” according to a tweet from @NetflixFilm. Jason Bateman is also producing the film alongside Millie Bobbie Brown. The book is set to release by January 2021, so we might not have more information until then. But honestly, it sounds like an awesome movie we’d totally watch! 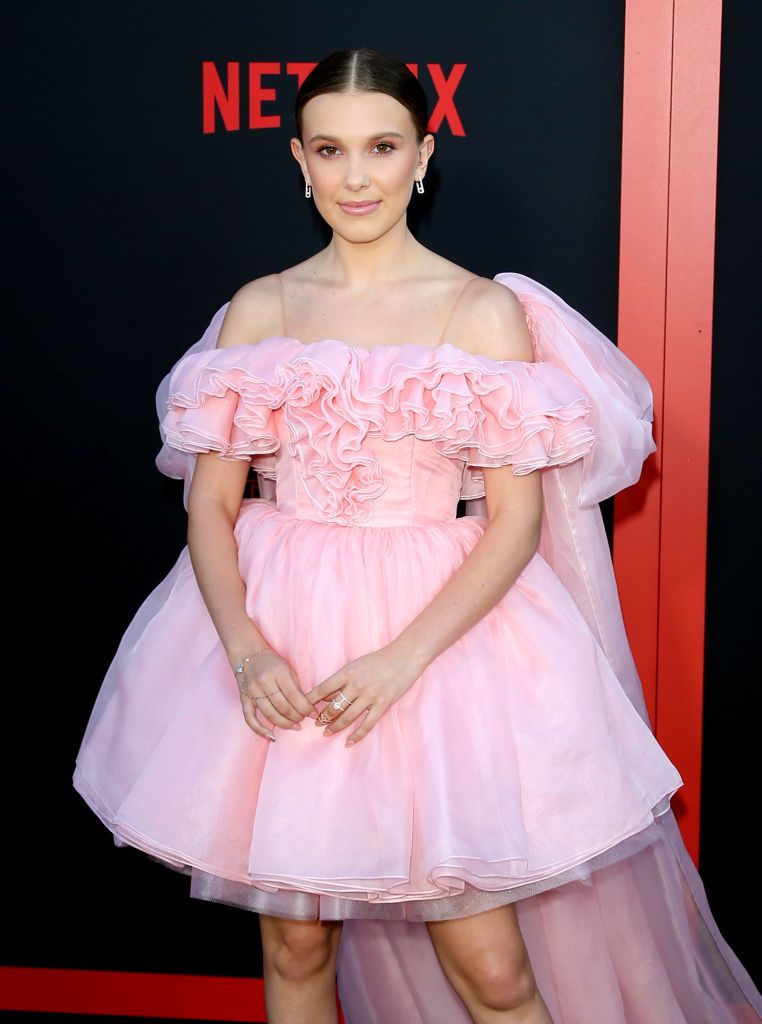 Netflix has also landed the rights to Mill Bobbie Brown’s next feature film Enola Holmes. Brown plays Sherlock and Mycroft Holmes’s rebellious teenage sister, Enola. Enola is a gifted super-sleuth who often outsmarts her brilliant siblings. The film is set to premiere in September.  “England, 1884 – a world on the brink of change,” the film’s official synopsis reads. “On the morning of her 16th birthday, Enola Holmes (Millie Bobby Brown) wakes to find that her mother (Helena Bonham Carter) has disappeared, leaving behind an odd assortment of gifts but no apparent clue as to where she’s gone or why. After a free-spirited childhood, Enola suddenly finds herself under the care of her brothers Sherlock (Henry Cavill) and Mycroft (Sam Claflin), both set on sending her away to a finishing school for ‘proper’ young ladies. Refusing to follow their wishes, Enola escapes to search for her mother in London. But when her journey finds her entangled in a mystery surrounding a young runaway Lord (Louis Partridge), Enola becomes a super-sleuth in her own right, outwitting her famous brother as she unravels a conspiracy that threatens to set back the course of history.”

As for Stranger Things, Netflix is still working out when Brown and the rest of the cast will be able to return to the production to shoot the third season.