Harnaaz Sandhu, the 21-year-old model from India, has won the title of Miss Universe 2021. She was crowned by the previous reigning Miss Universe, Andrea Meza of Mexico. The pageant was held in Eilat Israel in the Israeli Red Sea Resort and finished at 5 am on Monday evening. The contest incorporated traditional costumes, swimwear, and interview questions to see the contestants speaking skills. The pageant was extravagant, and the top 10 contestants wore full-length sparkly gowns of gold, silver, and bronze. 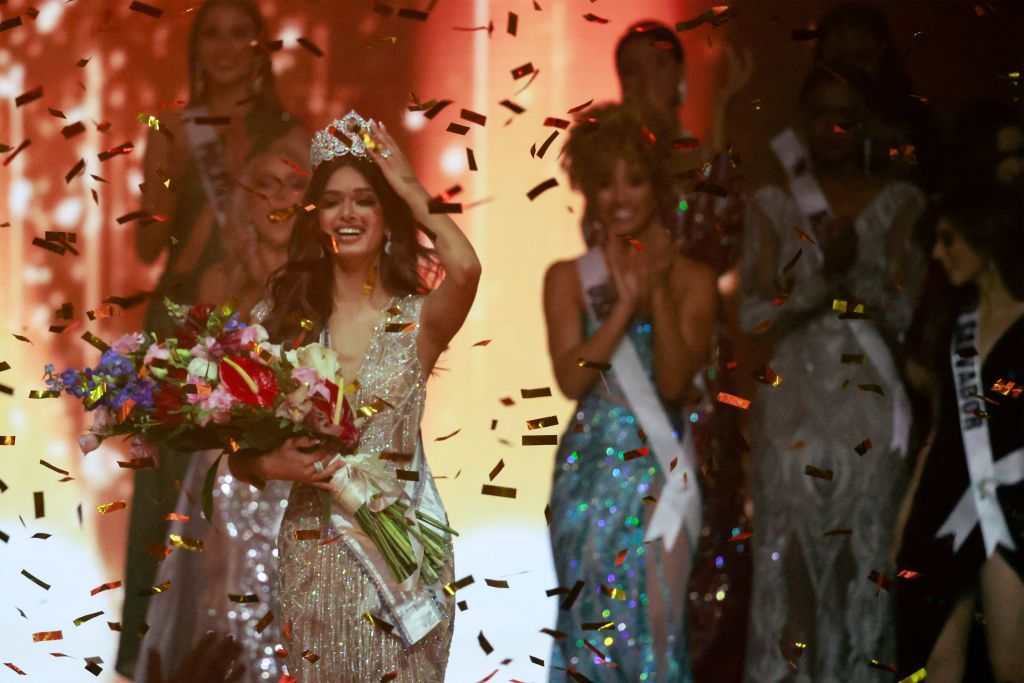 This isn’t the first time an Indian has taken home the gold. Before Sandhu, Miss Universe was won by Bollywood Actresses Shimita Sen and Lara Dutta. This time around, Sandhu beat runners-up, Miss Paraguay, and Miss South Africa. She beat 79 other contestants from different countries around the world for the title. Sandhu advocates for women’s empowerment and she is also an actress who looks up to celebrity Priyanka Chopra. Sandhu loves yoga, dancing, cooking, horse riding, as well as playing chess. At the event, Israeli pop star Noa Kirel also delivered a performance.

The 70th annual Miss Universe competition was a historical one and the first time that Steve Harvey returned to the competition since 2019. While Sandu was crowned the winner, gold confetti rained down on her and her fellow contestants while a crown was placed on her head. The judges on the panel included Steve Harvey’s daughter, Lori Harvey, Miss Universe 2016 Iris Mittenaere of France, actresses Rena Sofer, Urvashi Rautela, Marian Rivera, Adamari Lopez, and supermodel Adriana Lima. The final question the competitors were asked was, “what advice would you give to young women watching on how to deal with the pressures they face today?” Sandhu answered that women must believe in themselves and speak up to rise above those pressures.