Six years after releasing her sixth album, Lemonade, Beyoncé revealed that the first part of her new album, Renaissance, will drop on July 29th. The news was announced via TIDAL -owned by her husband, JAY-Z-  a month prior to the record’s release and fans completely lost it on social media. The Beyhive was already on high alert after the singer changed her avatars on all of her social media platforms to a blank image a few days prior. 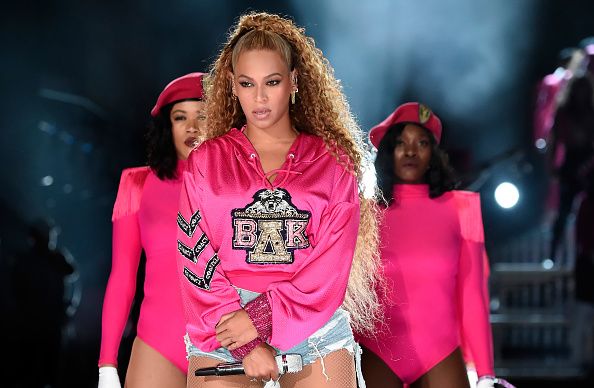 One day after the announcement, Bey revealed the cover artwork of the new album, where she can be seen seated atop a glowing horse while wearing a very revealing metallic bikini. The heavy metal decoration was designed by couture designer Nusi Quero, Marni Senofonte was in charge of styling the singer. The mother-of-three shared the cover on her Instagram account along with a lengthy caption where she stated that “Creating this album allowed me a place to dream and to find escape during a scary time for the world.”

She explained that making music allowed her to “feel free and adventurous in a time when little else was moving. My intention was to create a safe place, a place without judgment. A place to be free of perfectionism and overthinking. A place to scream, release, feel freedom. It was a beautiful journey of exploration”.  Bey also shared her hopes that music would inspire her fans, “I hope it inspires you to release the wiggle. Ha! And to feel as unique, strong, and sexy as you are.” The new record is led by the single “Break My Soul”, a co-production between the singer, Tricky Stewart and The-Dream (who last collaborated on 2009’s “Single Ladies”). While many details are currently unavailable, we already know that the album features 16 songs. Pre-orders for vinyl and CD copies are also available.