While the rest of the country was slowly coming down from a decade of peace and love (and a major counter-cultural revolution), New York remained one of the few seemingly prosperous working class cities throughout the early years of the 1970s. There was a fast paced, progressive ambiance that moved through the city capturing the hearts and minds of some of today’s most influential figures. Little did they know what would arise in the years to come.

For many, 1974 marked a turning point in NYC history. Just a year earlier, the World Trade Center towers completed the city skyline and reaffirmed New York as one of the most powerful and influential cities in the world. Locals and frequented guests of the city enjoyed the relatively simple, yet infinitely endless possibilities that existed throughout their complex and dynamic city.

It was the peak of style, culture, music, and energy; a time remembered fondly by those who called New York home. The stark contradiction of glamour and decay was part of the city’s undeniable charm and attraction. Sparkling socialite elites would walk amongst the blue-collar working class heroes, and the streets of lower Manhattan had a different type of progressive ‘can-do’ attitude that is seldom felt to such extent today. 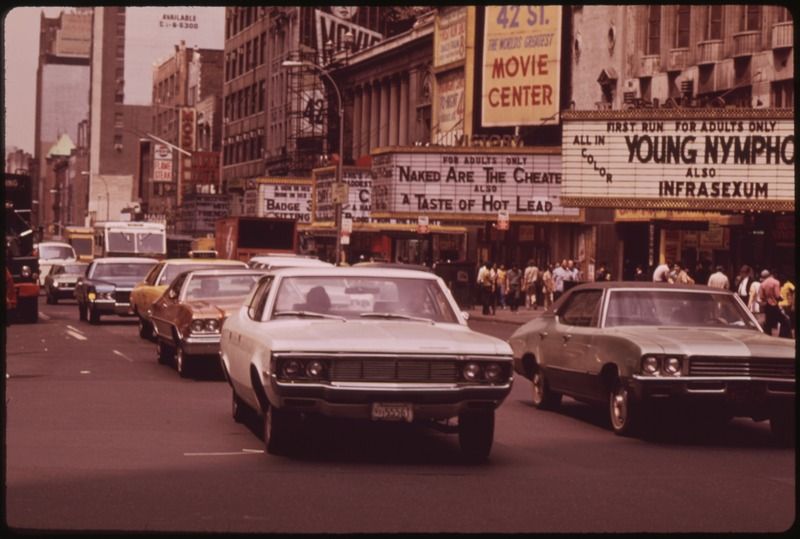 It’s easy to look back and only remember the good times. But good and real aren’t synonymous, especially when it comes to New York. Gentrification, anti-establishment agendas, racism, crime, and corruption began to take center stage, and the low income, under-served communities felt it the worst. This pivotal shift in cultural representation consumed the city, and would ultimately be its biggest threat in the decades that would follow.

Within only a few short years, NYC faced a series of human rights epidemics. Crime was rising at unparalleled rates; hazardous drugs were introduced in cities with little resources to effectively manage any acceptable level of health and safety standards – which would become the most substantial catalyst to the AIDS epidemic of the 80s and 90s – and the heart and soul of the city no longer felt like the former idealistic bohemian paradise it was once.

It wasn’t all magic, and it wasn’t all tragic; but, it was all real. There’s no feeling like experiencing something so authentic that it impacts your heart. New York shaped a lot of hearts over the years, and those who lived through the changing scenes of the 70s have the most cherished stories to tell. Today it’s different. It’s not better, and it’s not worse; it’s just different. But, different is good because it allows us to appreciate the nostalgia, the glammed-down reality as seen through the idealistic bubble gum colored sunglasses. I still enjoy walking down the Lower East Side through those glasses and escaping to a time was, by no means, any kind of escape.