Nike started rebranding its Dunk lineup in 2021 by trying to advertise them by bringing out some new colorways for the lineup. Ever since then, Nike’s dunks have gained massive traction in 2021, which has even made several sneaker reviewers on YouTube, such as Elliot Page, label 2021 as “the year of the dunk.” In 2022, the black and white colorway of the Dunk lows – infamously known as the Panda – has taken up the streets, as they seem to be everywhere. While the Panda dunks initially launched in 2021 on the 21st of January, its delivery in the US began in March, with a starting retail price of a hundred dollars. 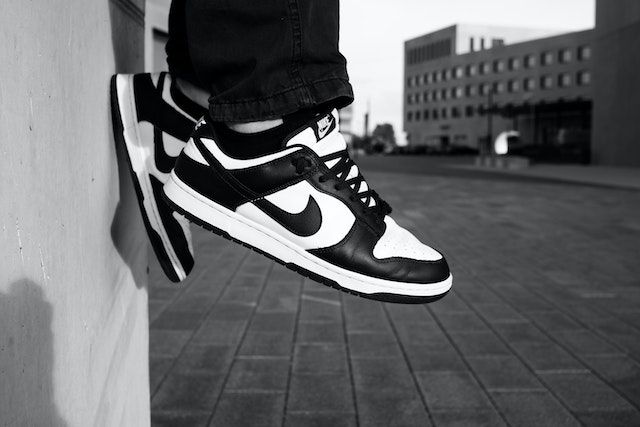 While the sneakers come in a regular Nike box, the clean and simple colorway has something that has driven its sales through the roof. These dunks are part of Nike’s new strategy of providing dunks that are more available and are massively stocked. It is no doubt that the Panda colorway is the highest in demand out of all the dunks that Nike has released this year or in the past. The figures show that the Pandas have the highest sales out of all the dunks available on Stock X, a sneaker retail website.

The panda dunk lows seem to be one of the versatile options when it comes to the selection of Dunks, as the black and white color scheme is a classic that goes will all kinds of outfits. Some people may find them too basic and simple, but perhaps this is why it has appealed to people of all ages and styles. Moms, dads, and kids are all wearing this shoe due to its classic appeal and non-flashing color scheme. As the pair becomes more and more popular, the reselling prices are also increasing. This might be the best time to buy yourself a pair before they become so limited that they double in price. So, when are you getting your pair?