Figure skating in itself involves a lot of spinning, jumping, twisting and sometimes these moves are even historic! For example, in the Pyeongchang Games, Mirai Nagasu became the first American woman (and only the third woman ever) to land a triple axel at the Olympics. One showstopping move you won’t see at the Olympics is a backflip. The move was banned in 1976 and doing it in a competition would affect a skater’s score and may even disqualify them. That’s what makes French figure skater Surya Bonaly did more than twenty years ago even more historic. Surya Bonaly is the only Olympic figure skater to ever land a backflip on one blade. 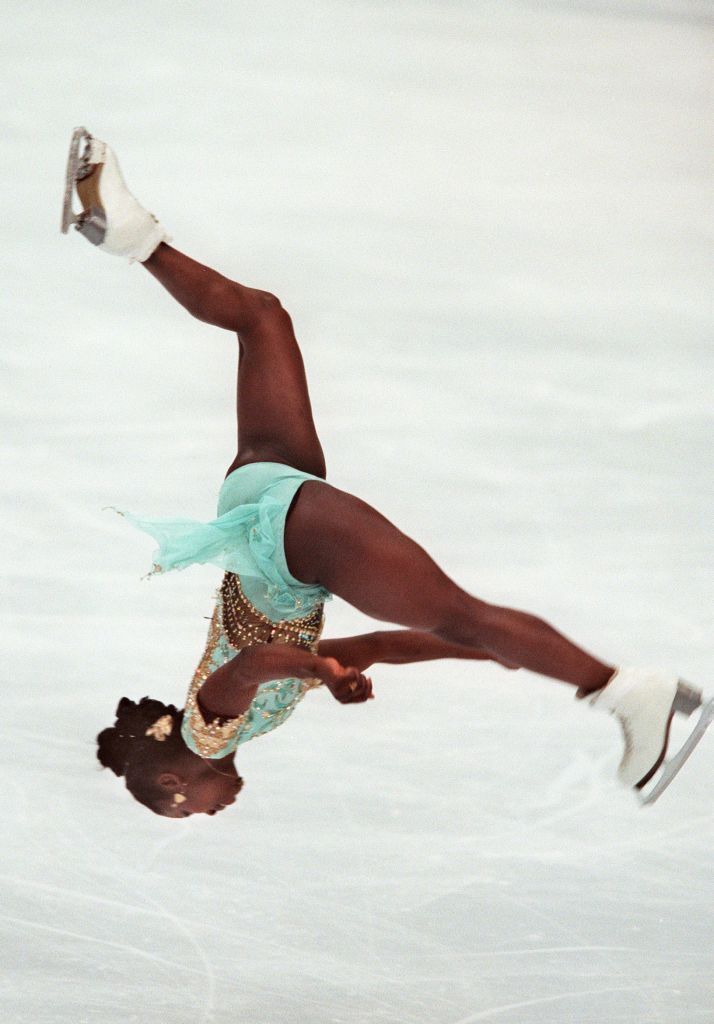 Bonaly was born in Nice, France, and grew up to become a three-time world champion silver medalist and a three-time Olympia. At the 1994 world championships, “it came down to a choice between Yuka Sato’s artistry and dynamic footwork and Surya Bonaly’s gymnastic jumping,” according to the Los Angeles Times. The judges went with Sato. Bonaly began practicing backflips at 12 years old following German figure skater Norbert Schramm. For years, though, she saved the trick for exhibitions; she’d already been warned not to do a backflip at the Olympics. But during the 1998 Nagaon Olympics free skate session, she was just three minutes on the ice when she knew she was out of medal contention. “That was my last Olympics, and pretty much my last competition ever,” she told the Root. “I wanted to leave a trademark.” Coming in backward in what looked like a jump, she instead reached her hands back behind her head and leaped. Whipping around, Bonaly landed on one blade, which was an Olympic first that no one had ever dared to match.

“A stunning backflip,” Newsday wrote, 20 years ago this week. “Illegal — but astounding,” the Boston Globe wrote. “The most elaborate expletive in Olympic history,” the Hamilton Spectator, a Canadian newspaper, giggled. “Totally illegal in competition,” said NBC commentator Scott Hamilton, on air. “She did it to get the crowd. She’s going to get nailed.” All these comments were correct. Bonaly came in 10th place overall to end her Olympic career. But that moment became a historic, iconic, memorable moment. “I wanted to do something to please the crowd, not the judges,” she said that night, according to the Miami Herald. “The judges are not pleased no matter what I do, and I knew I couldn’t go forward anyway because everybody was skating so good.”