Well, the news is out. Nick Jonas and his wife Priyanka Chopra have welcomed their first baby, a little girl, via surrogate. Chopra took to Instagram to share the news and wrote, “We are overjoyed to confirm that we have welcomed a baby via surrogate. We respectfully ask for privacy during this special time as we focus on our family.” The couple wed back in 2018 where they had not one, but two extravagant wedding ceremonies in Umaid Bhawan Palace in India. In a statement to PEOPLE magazine in 2018, Chopra explained she really wants to have kids and that “it’s going to happen in the next 10 years. Well, hopefully, earlier than that. I’m very fond of children and I want to be able to do that.” 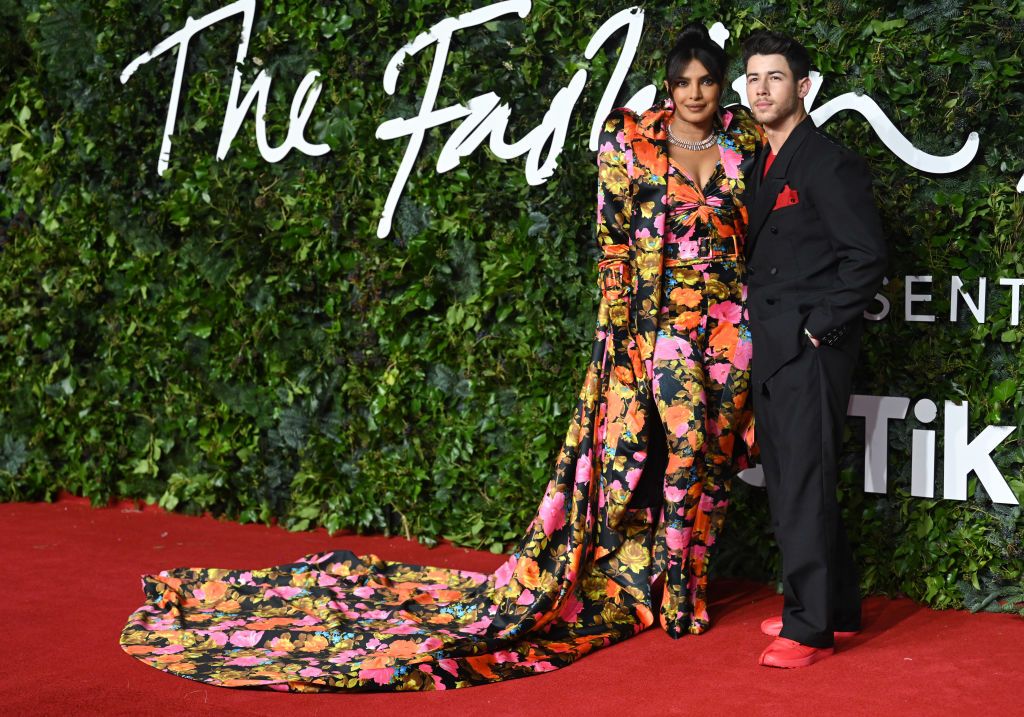 The musician, 29, and the actress, 39, who have been married for three years have a ten-year age gap, which Chopra poked fun on while on Jonas Brothers Family Roast. She said, “And there are many ’90s pop culture references he doesn’t understand, and I have to explain them to him…He teaches me how to use TikTok, for example, and I teach him what a successful acting career looks like.” But the ten-year age gap hasn’t influenced how in love they are. Back in 2019, Jonas told Vogue that after their third date in 2018, he knew he wanted to marry her. Wow. This is really giving us hope that true love really does exist.

The two have mentioned in previous interviews that they connect through their mutual love of family and faith. Chopra told The Sunday Times UK in 2021 that she wanted as many children as she could have. Jonas shared the same feelings towards children when he told E! News that his wife “is the most important piece of the puzzle, and it’s obviously something we hope happens, and god willing, it comes together.” He continued, “We’re blessed to have each other and have a hopeful heart for the future,” he said. “So many of these things are out of your control, but as long as the foundation of a couple is strong and you’re excited about the possibility of that, it’s bound to be a beautiful journey and we’re excited to go on that.” We are so happy for the couple and we bet they are overjoyed with their new bundle of joy.

You may also like
Has Kindle replaced paper books?
With the advent of multiple technological advancements, one recent and most important technology that has replaced book talk is the introduction of the Kindle. These kindles are known to emit zero radiation that may damage the eye, however, major concerns have been shown over the usage of old books. Books are known to be one […]
carly miller -
Do It Yourself Gifts
Cool DIY gift ideas.
Claire Miles -
Hand and Feet Modeling
We have seen a rise in hand and feet modeling as people from all around the world have realized its importance. Such a task has been extremely demanding in recent years as the fashion industry is booming.
Claire Miles -
Indoor Games vs Outdoors Games
We all know with the advent of many technological appliances such as iPad and phones, there has been a major decline in the gaming sector.
Claire Miles -
Sally Thorne Readings
All you need to know about Sally Thorne.
Claire Miles -
TMT Live Preview
geoedge-origin-div
gesource
geparentscriptid
getagid
bidswitch.net%2Fpreview
riskiq