Priyanka Chopra Opens Up About Life During Coronavirus

Priyanka Chopra has been- like the rest of us- adjusting to the new normal during the coronavirus pandemic by focusing on her work and her family. “As a creative person, for me, a lot of projects ended up happening during this quarantine,” she told People. “I’ve been developing shows and movies, writing, and I finished my memoir. It’s been a creatively sound time, besides being absolutely strange.” She and husband Nick Jonas have taken precautions because they are at a higher risk. But that hasn’t stopped them from entertaining their loved ones. “I’m asthmatic and my husband’s type 1 diabetic, so we have to be even more careful,” Chopra explained. “But there have been a lot of Zoom calls and Zoom brunches. We have a really large friends and family group, and I’ve had a lot of birthdays in my family that have happened recently, so we’ve done a few socially distanced lunches.” She continued, “If you have the ability to have a human connection with friends, family, whether that’s virtually or whether that’s in a socially distanced way, I think that’s really important to feel a sense of normalcy.”

The 38-year-old actress has taken on the role of creative advisor for the hard seltzer brand BON VIV, curating a “brunch box” that basically is a chic cocktail party. Each box gives back 20% of the proceeds to CARE, an organization devotes to fighting poverty and empowering women around the world. “At a time when many people are stating at home and thinking about what they can do, finding ways of giving back is really awesome.” 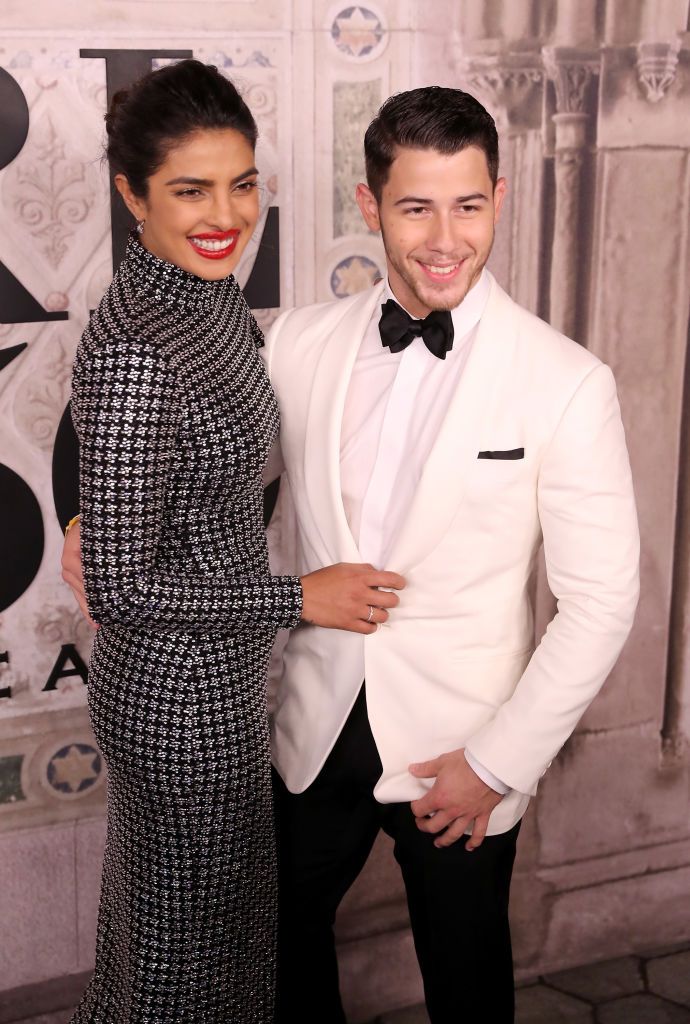 Like so many others in Hollywood, Chopra isn’t sure when she’ll be able to go back to filming. And she does have multiple movie projects in the works as both actress and producer. “The rumblings are that a couple of projects should go on set by the end of the year, if not by mid-fall, maybe September or October, but the world is so uncertain. I am prepared to go back to work. I know I’ll have to make sure that I’m extremely disciplined, super careful for myself and for everyone else, and take the quarantining and testing measures seriously. It’s a new normal, and it’s not going to turn back into being what it was anytime soon. So we just have to come to terms with that reality.” In the meantime, she has found new ways to stay creative at home. Chopra told Vogue in an interview that she and Nick Jonas have been encouraging each other to “sharpen our creative skills and develop projects we want to produce.”

But the couple has also had some downtime with lots of movies and television shows. She also revealed that her husband has been teaching her the piano. “I’ve also started the piano- I make my husband teach me. I’ve never played, but I’ve always wanted to learn an instrument, so I make him give me a half-hour or 45-minute lesson every day.” Jonas is also their “in-house physical trainer and in-house writing partner.” “I’ve also been working on my book a lot, and this time is going to help me finish it. This time is, fortunately, and unfortunately, given me time to think about finishing that book.”