Bridgerton is one of those feel-good shows that is a perfect combination of Downton Abbey and Gossip Girl. The show revolves around high society circles that majorly gossip about the concept of marriage and finding the best groom for each of their potential candidates. The show feels inspired by other shows such as “Match-makers Paradise” and “Indian Matchmaking”. The show is an adaptation of Julia Quinn’s books. The show is based on closely-knit siblings who are attempting to find love. 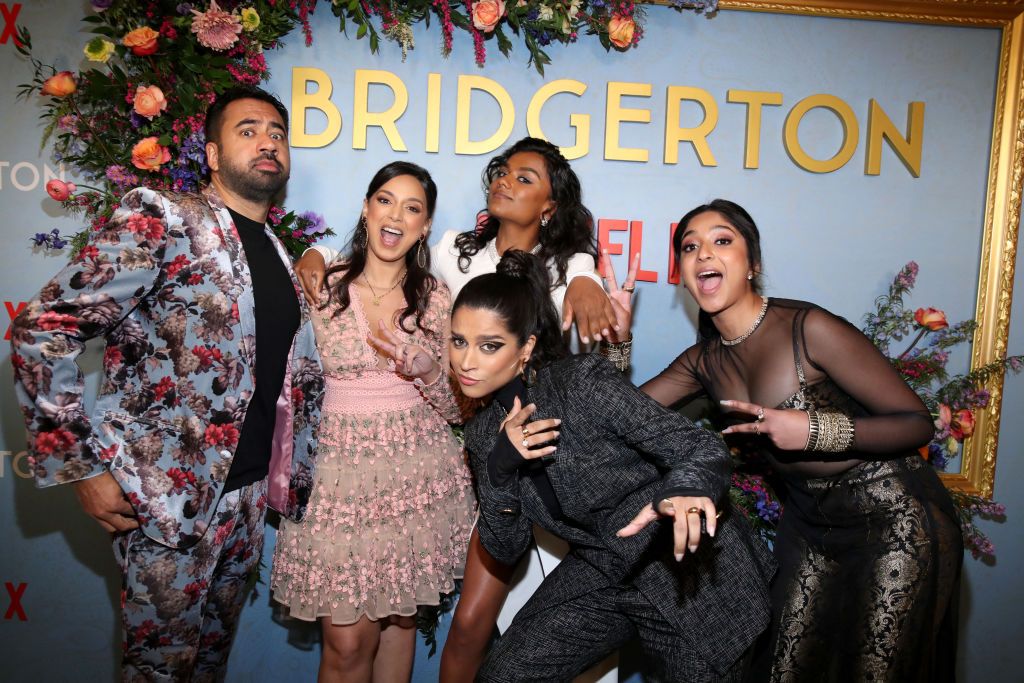 The show is a period drama that is the talk of the show. According to statistics, 82 million households around the world watched the season 4 weeks after its Christmas release in 2020. The show is more of a woke approach to period dramas. It’s more inclusive and even the main character in Season 2, Miss Kate Sharma, is a woman of color. It follows a trend of color-blind casting in period dramas which has been rarely done before. Furthermore, black people in the show are in positions of power such as the Queen. The show portrays that there is nothing unusual about people of color. This is a very refreshing take on period dramas.

Not only this, but the show also appreciates feminism and inculcates such remarks. The Bridgerton family’s second daughter, Eloise, argues about how women are more than individuals whose primary goal is to not only get married. The show is exciting, scandalous, and all the good things. In short, it is a pure escape from reality. Gossip, dresses, balls, scandalous love, and affairs are something that the show beautifully captures. The writer of this show is the Grey’s Anatomy writer-producer: Shonda Rhimes, who has done an excellent job with producing the show. In conclusion, Bridgerton is the perfect binge-watch show that would definitely brighten your day.