If you haven’t heard of Remi Wolf, you may be living under a rock. If it’s you’re first time hearing of this artist, do yourself a favor and listen to all her songs. She has such a playful and infectious voice, it’s enough to make anyone start dancing. In her songs, she has made reference to Brad and Angelina, UFC fighter Conor McGregor, fast food, and pilates classes. The 25-year-old Californian native has managed to create a sound that is uniquely hers. Wolf said, “I mean, it’s my music and my voice and I know that it’s definitely unique to me – but it’s crazy that people view it as something special. It makes me feel really good.” She’s rewriting the rules of pop as we speak. 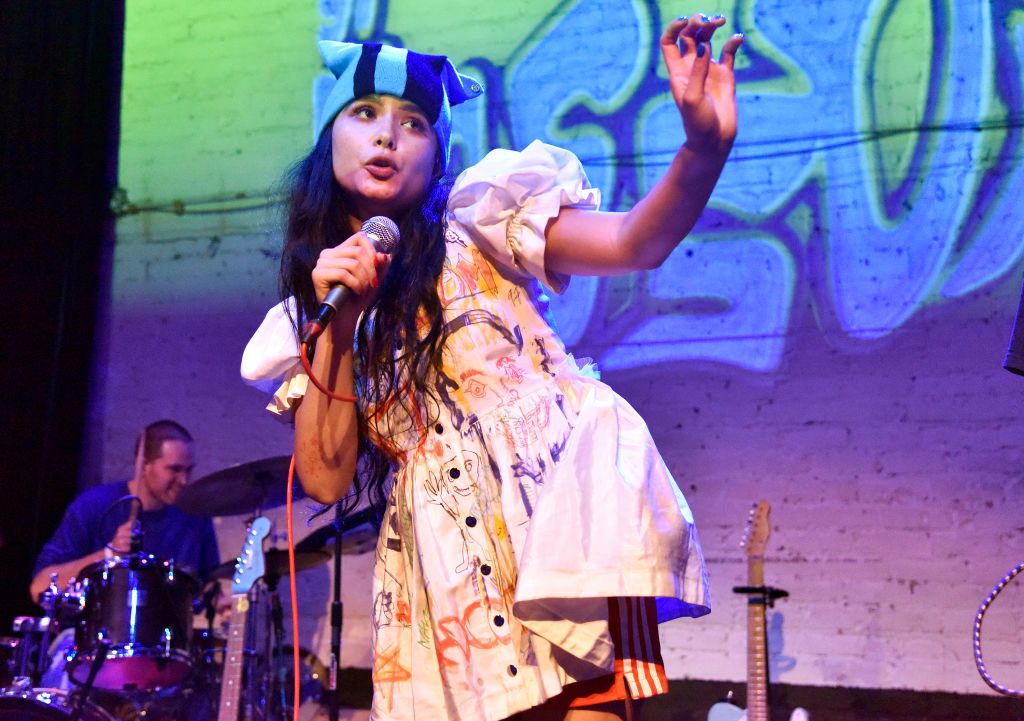 Last year, her album Juno was named one of the year’s best albums according to everyone from USA Today. Wolf didn’t plan on rising to pop stardom but was training to become a downhill skier. She said, “I was pretty good! I ended up going to the Junior Olympics twice, but I don’t think I was ever good enough to make the [adult] US Olympic team – so I decided to pursue music more full time.” She formed a high school band with friend Chloe Zilliac and they named themselves Remi and Chloe. She also auditioned for American Idol and made it to the top 150 back in 2014. After that, her music teacher put her in touch with Jared Solomon, a multi-instrumentalist. Solomon joined Remi and Chloe’s backing band and even offered his basement to rehearse.

In 2019, Wolf released her album You’re A Dog! which proved her musical range and humor. When it comes to her writing process, Remi explained, “I’m very free-associative. I let my brain run and try to imagine how I feel in images, which is why a lot of my lyrics sound a bit abstract. I just trust what my mouth wants to say before I let my critical brain tarnish anything.” Island Records ended up signing the talented singer, but she wanted to keep her autonomy. In 2020, her hit song Photo ID went absolutely viral on TikTok and the rest is history. She is getting closer and closer to superstar status and we couldn’t be more proud of her. Now you can go listen to her songs on repeat. You won’t be disappointed.