Lester was given a magic wish
By the goblin who lives in the banyan tree,
And with his wish he wished for two more wishes-
So now instead of just one wish, he cleverly had three.
And with each one of these
He simply wished for three more wishes,
Which gave him three old wishes, plus nine new.
And with each of these twelve
He slyly wished for three more wishes,
Which added up to forty-six -- or is it fifty-two?
Well anyway, he used each wish
To wish for wishes 'til he had
Five billion, seven million, eighteen thousand thirty-four.
And then he spread them on the ground
And clapped his hands and danced around
And skipped and sang, and then sat down
And wished for more.
And more...and more...they multiplied
While other people smiled and cried
And loved and reached and touched and felt.
Lester sat amid his wealth
Stacked mountain-high like stacks of gold,
Sat and counted -- and grew old.
And then one Thursday night they found him
Dead -- with his wishes piled around him.
And they counted the lot and found that not
A single one was missing.
All shiny and new -- here, take a few
And think of Lester as you do.
In a world of apples and kisses and shoes
He wasted his wishes on wishing.
Open Chunky Cardigans
Are they old-fashioned?
Andrew Parker - Jan 25, 2023
The Life And Legacy Of Bob Marley
How the “One Love” star firmly placed Jamaica on the map
Andrew Parker - Jan 23, 2023
Fun Nail Art Ideas
Here are some fashionable and elegant ways to paint your nails!
Laura Lee - Jan 21, 2023
The Last of Us: Reviewed
Nearly a decade later, The Last of Us is still a masterpiece.
Andrew Parker - Jan 18, 2023
Benefits Of Cycling For The Elderly
Cycling is a great activity for the elderly to release stress and have a longer life.
Andrew Parker - Jan 16, 2023

Homemade resin products have recently gone viral on TikTok, with tags like #resinbusiness and #resinartist surpassing hundreds of millions of views. The surplus of videos shows people pouring liquid resin in assorted colors into molds to create different shapes such as pyramids, trays, or coasters. The artists often add other decorative items such as glitter, flowers, or anything to personalize their art, before showing off their finished product on the famous video-based social networking service. Following up on the resin trend’s rise in fame, a following backlash against the DIY art and craft has made another hashtag go viral, #antiresin. 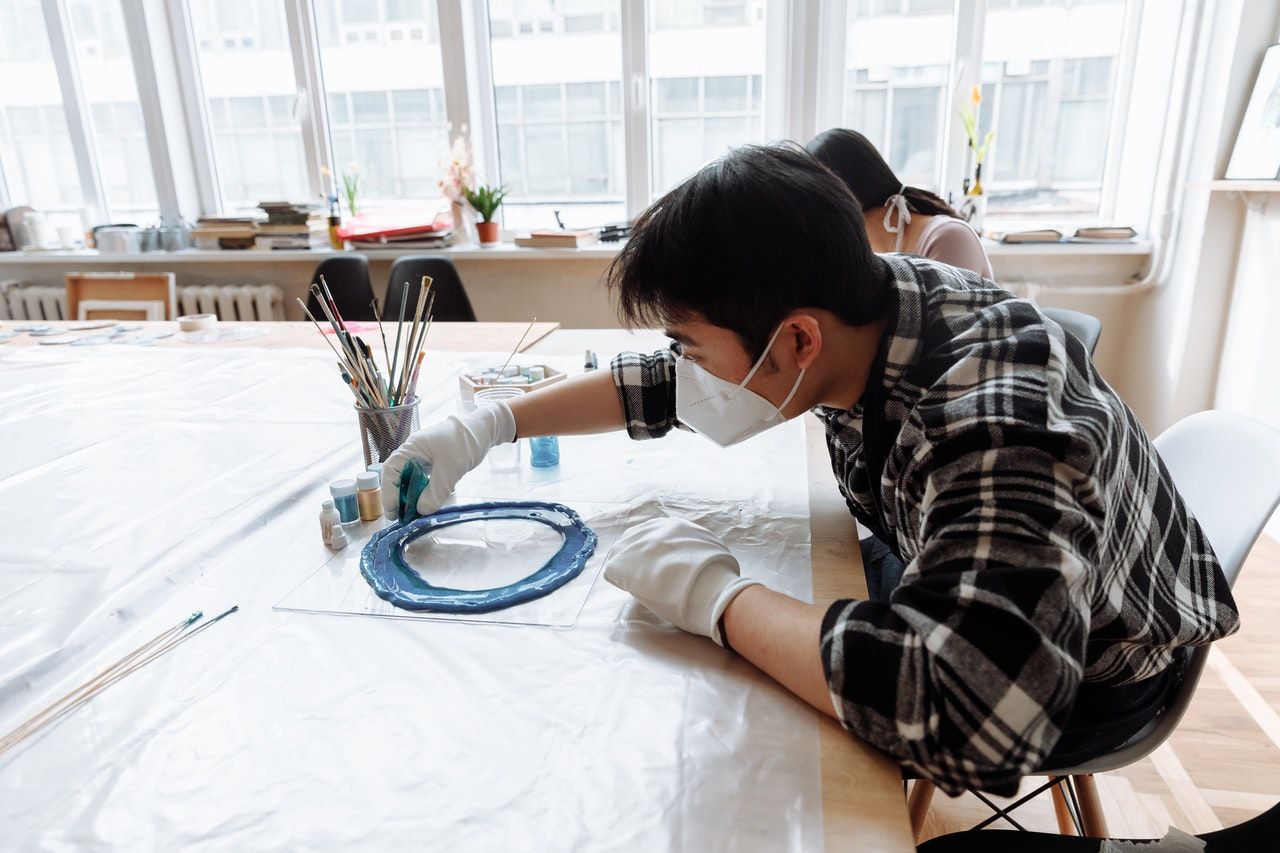 One of the main concerns of resin that users found is its potential environmental impact. Although the hardened resin contains fewer levels of toxicity than the material would when uncured, most resins contain a lot of chemicals that are harmful to the environment. The chemicals can especially cause problems if they get into water pipes from a user’s sink. In order to harden the epoxy resin and take it out of its liquid, more dangerous state, artists need to build a mini chemical lab to undergo the curing process. This process brings up the second concern for resin art as liquid epoxy resin can burn the skin, and if users are not extra careful, skin irritation or even allergic reactions can occur. Some creators have expressed their safety concern for working with resin by posting videos exposing the terrible reactions that can occur and warning others.

If you want to try this fun craft for yourself, but are less experienced with mixing chemical substances or have any environmental concerns, do not worry. Instead of using epoxy resin, there are alternative versions that are bio-based, non-toxic, and are more sustainable. Currently, the #bioresin hashtag has over two million views and is slowly catching up to #epoxyresin. With a variety of resin types now on the table, creators can still participate in the creative trend by choosing alternative ingredients and mixing up the famous recipe to be safer and less stressful!