Perhaps one of the greatest tennis players to ever grace the game, the audience needs no introduction of Roger Federer. Roger Federer has been one of the most successful, if not the most successful tennis players in the past 20 years. The renowned veteran has been at his best game for over 20 years, winning titles everywhere and every year. However, recently Federer has hinted that the time to put down his tennis racket is nearing. 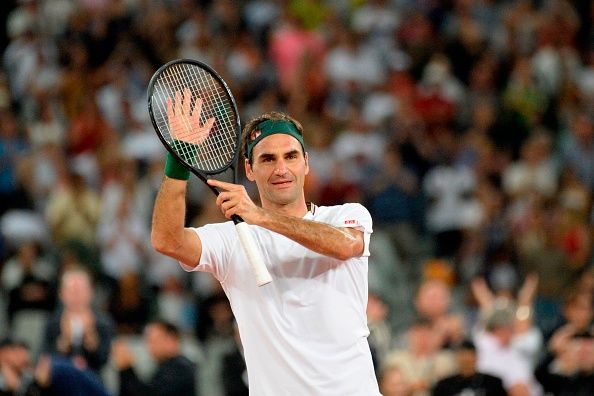 Fans of Roger Federer will be shocked by this. Fans of the Swiss Maestro are eagerly anticipating Federer’s injury recovery. The Swiss ace, however, has instead dropped a massive RETIREMENT HINT. In an interview with the Dutch daily, Federer made a hint that the end of his remarkable career was approaching. Federer was slated to make his formal tennis comeback at Wimbledon in 2022. He was viewed at the competition as a tourist rather than a competitor. Ever since he made his debut in 1999, this was the first time ever that Federer has missed a Wimbledon.

During a press conference at Wimbledon, the 20-time Grand Slam winner promised to return soon. However, astonishingly, Federer has now talked publicly about his retirement for the first time. Federer made it obvious in an interview with a Dutch newspaper that he intends to retire shortly. It was reported that Federer said, “I am a winning lover, but if you’re not competitive anymore, then it’s best to stop. I don’t think I need tennis”.

At the All England Club, when he lost to Hubert Hurkacz in the quarterfinals, Federer last competed precisely a year prior. Federer had knee surgery after the loss, keeping him out of the game for more than a year. And for the first time in 25 years, the Swiss great has now dropped out of the top 1000 players in the ATP rankings. On August 8, Federer will be 41, and it is quite unlikely that the Swiss Champion will be able to play tennis again.