Soul Surfer Bethany Hamilton On How She Overcame Her Fears

Worldwide champion surfer Bethany Hamilton lost her arm as a teenager in a shark accident. The survivor has become not only a US surfing star, but a symbol of a true survivor, success, and resilience. Bethany Hamilton is an idol to so many people. She has even become a bit of a celebrity! She has been on nearly every television chat show and in every magazine. Hamilton even admitted she appeared on the Oprah Winfrey Show without knowing who Oprah Winfrey was!

Her main goal in 2020 is to make it back on to the Championship Tour, surfing’s highest level. She’s facing some rocky waters due to an injury- she broke her elbow while skateboarding. Hamilton’s new film Unstoppable. She originally planned on making a 10-minute film to promote women’s surfing, and yet seven years later, the result is Unstoppable. It’s a 100-minute documentary in which Hamilton tells her own story.

“The reason I made it was just to go surfing and push myself in the sport and hopefully push women’s surfing,” she says. “And then just kind of along the way a lot of things have happened and the director was like, ‘Can I please make a documentary?’ and I was like, ‘Sure go for it as long as we have a strong say.’ I think it turned out amazing and really captures my whole life thus far in a way that any other portrayals of my story haven’t … plus it’s the real me.” 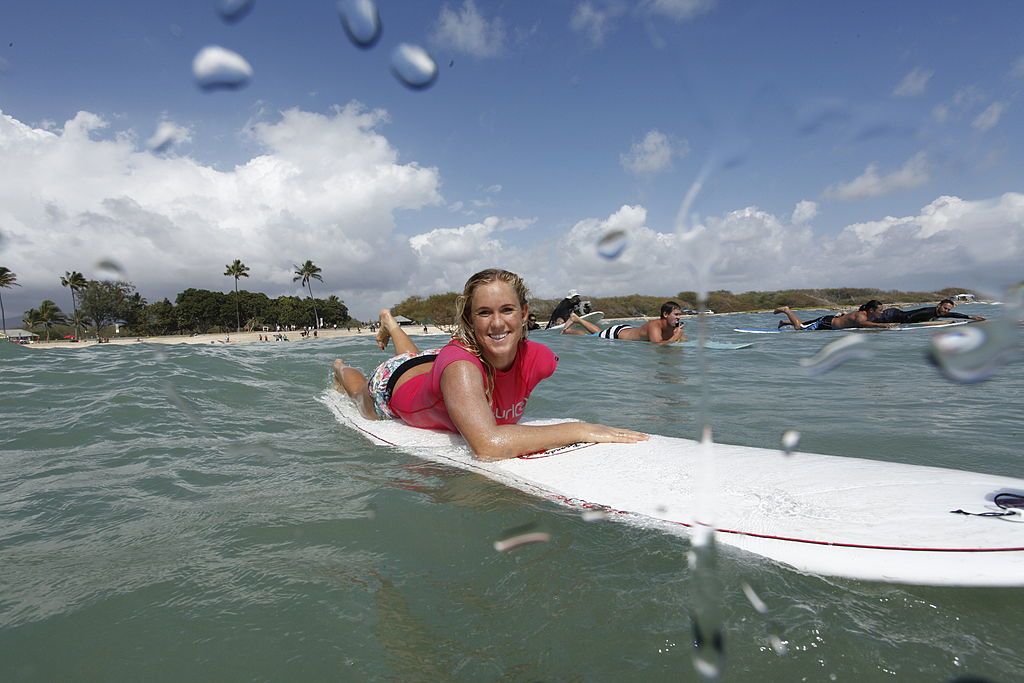 The film doesn’t focus on a fear of going back in the water, which is obviously the first thing on everyone’s mind. But Hamilton said, “Even though I have been attacked, my fear of losing surfing was greater than my fear of sharks.”

Hamilton explains that her parents and two brothers supported her which helped her get back into the water just weeks after the 2003 attack. Her father, Tom, was inspired to add a special handle for her surfboard to help her duck dive under the waves.

Hamilton has been really open over the years about everyday struggles and its a big part of her public appeal. She even is beginning a career as a life coach and motivational figure which is her “next big passion project,” particularly to teenage girls.