Springsteen and The Killers Collaborate on Single

Some musical collaborations are born of friendship, others, a single text message, as is the case for the new track from The Killers and Bruce Springsteen. Springsteen joined the band on a duet version of their 2008 single, “A Dustland Fairytale.”The partnership began with a text message. According to Killers frontman Brandon Flowers, Springsteen texted him right before the shutdown, and a disbelieving Flowers had to text Springsteen’s son to “get verification that the number really is coming from his old man.” 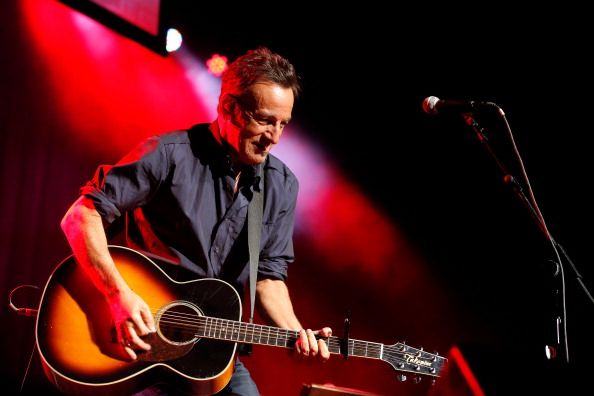 Flowers goes on to explain that “A Dustland Fairytale” was originally written in the middle of his mother’s illness with brain cancer. “It was an attempt to better understand my dad, who is sometimes a mystery to me. To grieve for my mother,” Flowers writes of the song. Springsteen, he concludes, “has written a lot about people like my parents and found a whole lot of beauty in otherwise invisible people’s hopes and dreams.”

Brandon Flowers has long cited Bruce Springsteen as one of his most important influences, although the Killers took some heat in 2006 when some critics said their LP Sam’s Town drew a little too much from his work, including Springsteen’s album Born to Run. In an interview, Flowers said that Springsteen “helped me to see the extraordinary in everyday people and their lives.”