We all know Tom Brady. It would be hard not to. The American football quarterback plays for the Tampa Bay Buccaneers of the NFL and his talents keep amazing us. The seven-time Super Bowl champion recently played against the Miami Dolphins while suffering a thumb injury. But that didn’t stop the 44-year-old from throwing for 400-plus yards, and even accomplishing five touchdowns for the very first time in his football career. It was quite a feat for Brady and we are utterly impressed. He was able to beat the Dolphins with his 62-yard touchdown pass and made the crows go wild with his win. 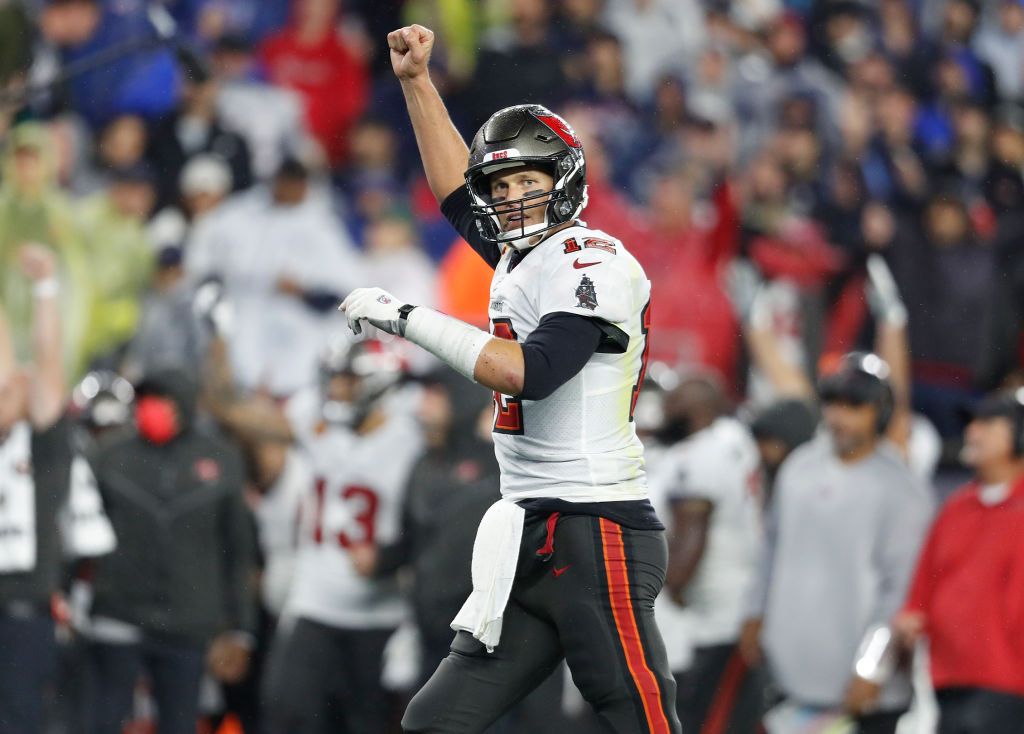 Brady passed a total of 411 passing yards, which is no easy task when you have a hand injury. He was spotted with tape on his thumb after the game, which was unknown to many. Brady said, “In my younger days, I probably would have never showed you guys. I’d probably try to keep it a secret. But, I think, at my old age, I don’t care so much. It’s just kind of a football injury, so I’ll do my best to get ready for this game — we’ll see what happens.” His hand injury most definitely did not affect his win, and he was able to relish in his win alongside his 13-year-old son, Jack. Even more remarkable, according to ESPN Stats & Information Research, this game was the 14th time in NFL history that a quarterback threw 400 yards with passing five touchdowns with no interceptions.

Tom Brady is known for being an exceptional quarterback, but his winning throw in this most recent game proves this point even further. The 62-yard touchdown pass to Antonia Brown is one that will go down in sports history. The opposing Dolphins ran a blitz in the middle, so Brady’s view wasn’t so clear. He put the ball in a spot where Brown could directly catch it, making it a throw to remember. It also helps that he’s fast on his feet. Brady explained, “I feel fast. I’ll have some QB outside pitches. I’ll leave those to the guys who are much more talented than me. Most of the guys in the NFL are probably making like 30 yards on a run like that. I can turn a 30-yarder into a 10-yarder better than anybody.” It doesn’t seem like there’s anything that can stop this man and we look forward to more feats from him.