Taylor Swift will make history when she receives the Global Icon award at the 2021 Brit Awards. The global pop-star will become the first ever female to be given the award. Launched in 1977, the Brit Awards honor those who have contributed to the British music industry, and are widely considered the UK’s highest artistic accolade. In announcing Swift, the Brit Awards highlighted her “immense impact on music across the world and incredible repertoire and achievements to date.” Upon accepting the award, Swift will join former winners Elton John, Robbie Williams and David Bowie in being given with the award in recognition of her impact on the music industry.

Swift is set to receive the prestigious award at the Brit Awards annual ceremony held at London’s O2 Arena. Coldplay is set to open the show for the fifth time in their career, performing their new single “Higher Power.” Also confirmed to perform at the show are Arlo Parks, Dua Lipa, Griff, Headie One, Olivia Rodrigo, and Rag’n’Bone Man and P!nk.In addition to her Global Icon award, Swift is nominated for the Brit award for international female solo artist, an award she won in 2015. She is competing in that category with four other American artists — Ariana Grande, Billie Eilish, Cardi B and Miley Cyrus. The 2015 win for international female solo artist is Swift’s only Brit Award to date, from six nominations. 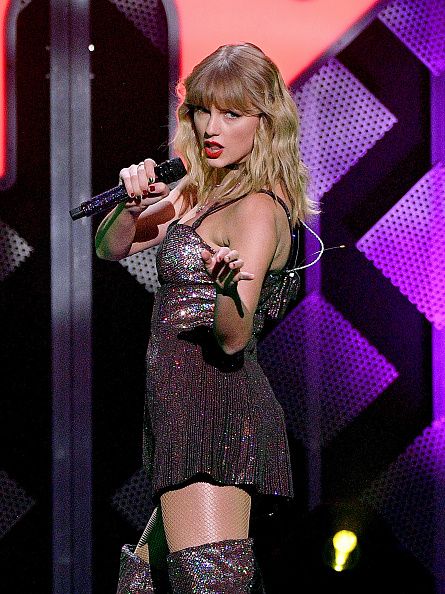 At just 31, Taylor Swift is already an 11-time Grammy winner, and is the first ever female artist to win the Grammy for Album of the Year three times. Swift has sold over 114 million albums worldwide with total global audio and video streams reaching 78 billion. Additionally, Swift is the only artist ever to have four consecutive albums sell over one million copies in their week of release (‘Speak Now’, ‘RED’, ‘1989’ and ‘reputation’), the only artist to have nine albums each sell at least half a million copies in a single week. A native of Nashville, Tennessee, Swift has set many records on the U.K. charts, as she has in the U.S. and internationally. Swift is the only female artist in the 21st century to amass seven No. 1 studio albums on the Official U.K. Albums chart. According to the Official Charts Company, Taylor is the UK’s biggest selling artist of 2021. Swift has amassed 17 top 10 hits on the Official U.K. Singles chart.