At a stature of just 4’8″ weighing in at 103 pounds, Simone Biles is a force to be reckoned with. The American gymnastic powerhouse has already won five Olympic medals at the Rio de Janeiro 2016 games- the first female U.S. gymnast to do so. But it was even years prior to that moment that Biles rose to fame. In 2013, at just 16 years old, Biles won two World Championship gold medals, including the all-around title. In 2014 and 2015, she took home four World’s gold medals. By the time 2016 came around, Biles was already in the spotlight and she did not disappoint. She won gold in the all-around, team, vault and floor, and bronze on the beam. It is not just Biles’ build that makes her the ultimate gymnast; it is her hard work, imagination, and big personality that makes her almost unbeatable. During the World Championships in Stuttgart, she came up with two different new skills which are named after in the women’s code of points. Biles wowed with a tripe twisting double tuck on the floor and a double twisting double tuck dismount off the balance beam. Both were never before done. Simone Biles is, without a doubt, an incredible Olympian athlete, but most importantly, she is paving her own path. “I’m not the next Usain Bolt or Michael Phelps- I’m the first Simone Biles.” 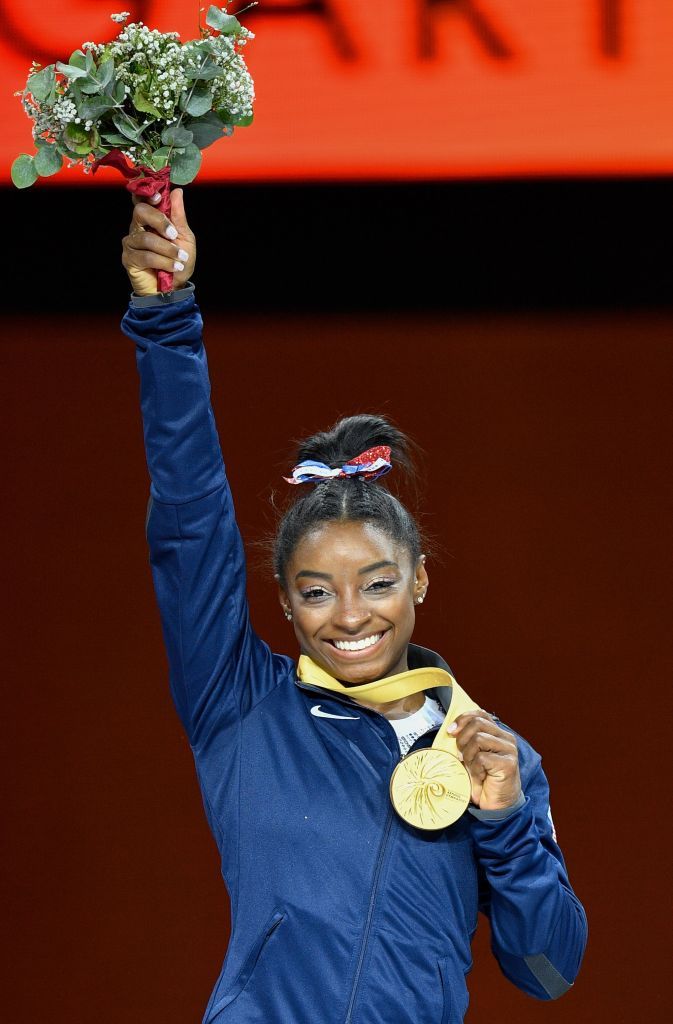 Simone Arianne Biles was born on March 14, 1997, in Columbus, Ohio. Biles grew up in the Houston area in Texas. Both she and her sister Afria were adopted by their grandparents. At six years old, Simone became interested in gymnastics during a day-care field trip to Bannon’s Gymnastix where she trained for eleven years with her coach, Aimee Boorman. She was so good that she was winning awards in 2010 even before breaking into the elite level of competition in 2011. She was a gold in floor exercise and a bronze in vault at the Women’s Junior Olumpic National Championships in 2010. In two years, Biles dominated the sport. Biles’ consistency and her louder than life personality and the high level of caliber of her routines set her apart. In 2013, her first year as a senior competitor, Biles won the all-around title at her first world gymnastics championships, coming the first African American woman to claim the title. Biles snagged her third consecutive U.S. all-around title in 2015, becoming the first woman since Kim Zmeskal in 1992 to do so.

Though she dominated the sport at the time, Biles was too young to qualify for the 2012 London Olympics. But she was a favorite and highly watched competitor at the 2016 Olympic Games in Rio de Janeiro. She took a break and then returned to compete in the 2018 U.S. national championships becoming the first female gymnast in nearly 25 years to win all five events, including a record-setting fifth all-around title. Biles is the most decorated female gymnast in world championships history. And everyone is eagerly awaiting to see what she accomplishes next.