The Life And Legacy Of Bob Marley

Bob Marley is one of the most well-recognized names in the world of music, bringing reggae into the spotlight. It has been over forty years since the “One Love’ artist has passed on, yet his legacy stays strong. 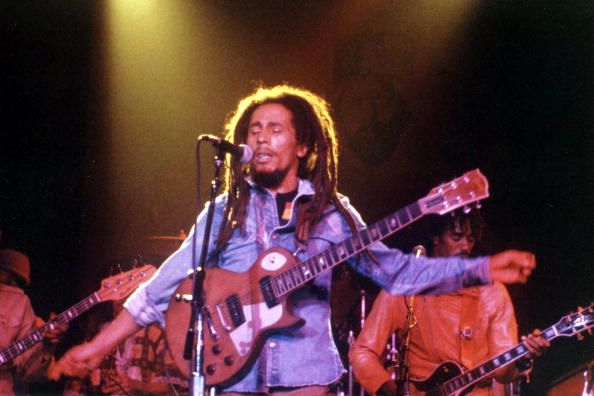 You may not know that the star actually came from humble beginnings. One of the few artists from a third-world country who attained global fame, he grew up in a rural district called Nine Miles in Jamaica. The town had a population of a mere 300, and Marley fought hard to carve his name. He largely grew up with his single mother, Cidella Malcolm, and at the age of 14 worked as a welder’s apprentice in a Kingston ghetto. This was a dangerous place, which introduced Marley to violent street life – in fact, his newly sharpened self-defense methods earned him the nickname of Tuff Gong. Inspired by Ray Charles and Fats Domino in Kingston, he launched his musical career at the tender age of 16, recording his first single “Judge Not” in 1961. While he married Rita Marley five years later and moved to the U.S., pushing music aside, he was disillusioned by the discrimination he faced and moved back to Jamaica, where he worked hard to establish his reggae stardom.

Bob Marley is a master at weaving positive messages within his music, touching the lives of thousands. His songs of love and faith would inspire fans across the globe, setting him apart from multiple artists at the time. He would tell stories of the trials that his Jamaican counterparts faced, and strove to uplift those with African roots. He further used his music to rebel against racism prevalent in the 1960s and 70’s, with notable songs being “One Love”, “War” and “Buffalo Soldier” amongst many.

While the star may no longer be physically present with us, his spirit continues to resonate. He continues to inspire hundreds of reggae musicians, both in music and style. Every year, we celebrate Bob Marley on his birthday, not his death anniversary. This is because, in the heart of hearts, he remains alive.