The New iCarly Is On TV, And We’re Here For It

iCarly, the late 2000s era Nickelodeon show, has returned for a reboot on Paramount Plus, featuring familiar goofy humor. But the series reportedly includes more of an adult edge, to appeal to its grown-up fan base. 14 years after “iCarly” first premiered, web-show host Carly Shay, played by Miranda Cosgrove, is all grown up, much like the Nickelodeon viewers that enjoyed the original show in their youth. She and the cast of new and returning characters ditch their video cameras for smartphones and tackle some slightly edgier topics than what would’ve appeared on the show in its first run. 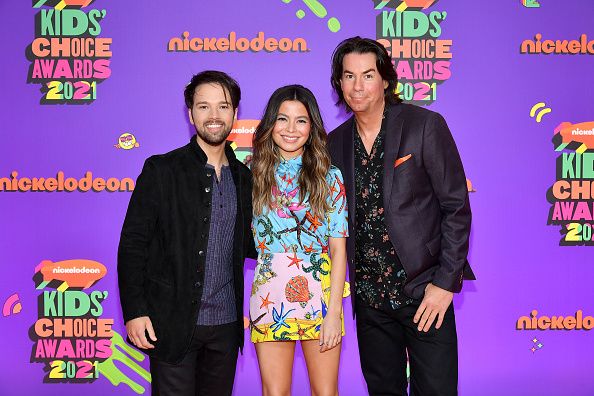 The more mature themes fit the older characters who are going through many of the same problems as their young adult viewers — who may be nostalgic for their own simpler, Nickelodeon-filled childhoods. In the show, Carly recovers from a breakup and attempts to revamp her  old-school web show in the modern world. Her brother Spencer (Jerry Trainor) is a successful artist who struggles to find his next creative inspiration and the approval of his family. Carly’s new roommate Harper (Laci Mosley) has dreams of being a stylist but is stuck working a barista job. In a more unexpected twist, returning character Freddie Benson (Nathan Kress) is divorced and living with a tech-savvy daughter named Millicent (Jaidyn Triplett) back with his mom in her apartment.

The revival also briefly explains why Carly’s best friend and co-host Sam Puckett (Jennette McCurdy) hasn’t returned, and other original “iCarly” characters make appearances in the show — though sadly not fan-favorite Gibby (Noah Munck). The new “iCarly” doesn’t change much from its successful Nickelodeon formula, beyond modernizing the jokes for an older crowd more tapped into a changing internet culture than ever. The characters still act goofy and there are good laughs and clever moments throughout. For fans who grew up with Cosgrove and “iCarly,” the revival feels like catching up with a childhood friend and sharing in the challenges of adulthood, without shedding any of the humor or personality from when you first met.