Somehow, believe it or not, over a decade has passed since The Office stars Pam Beesly and Jim Halpert said their wedding vows. And now, some 10 years later, the cast of the iconic show reunited virtually in order to recreate this memorable scene for an actual wedding of two serious (and very lucky) The Office fans.  Some Good News, John Krasinki’s YouTube positive only news show recently featured an episode that offered an unbeatable surprise – which was a virtual wedding with all the entire cast of The Office, something that any die-hard fan of the show surely won’t want to miss. 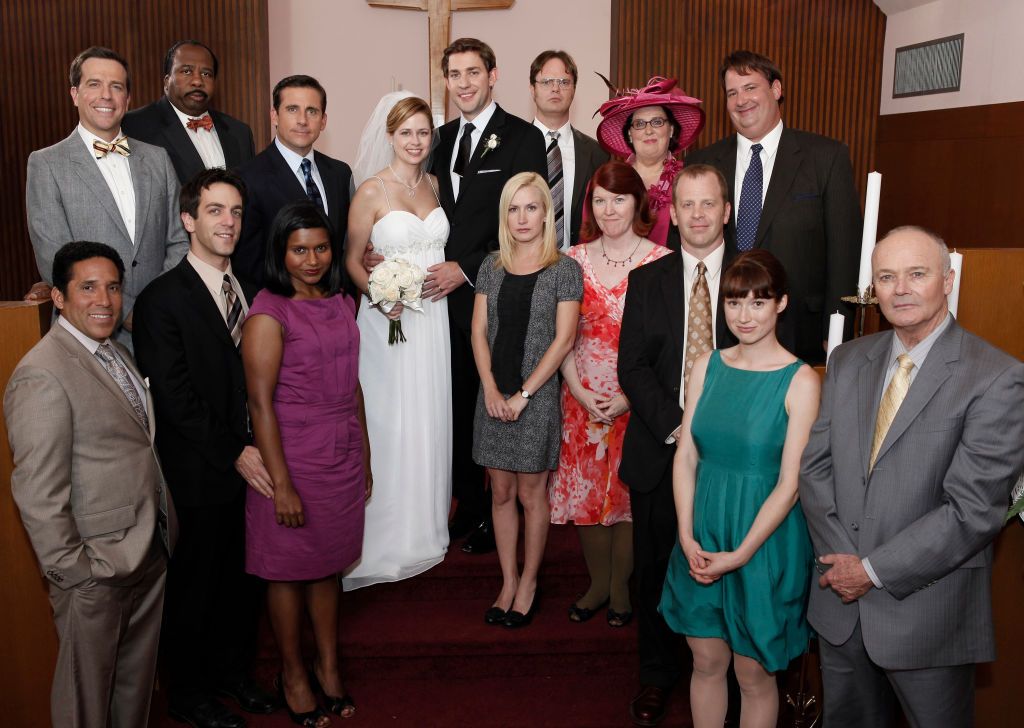 The episode on Some Good News, that aired this past Mother’s Day, Sunday, May 10th included a variety of inspiring love stories that took place despite everything going on right now in the world, from proposals, weddings, and even vows that were renewed.  After all the good feels and love in the air, John Krasikini decided to choose one particular couple that really stood out to him – Susan and John.  Not only were Susan and John lucky enough to get the chance to reenact the gas station proposal, but they also got to appear on the show!

And just when they thought things couldn’t possibly get any more exciting, they were also given a The Office inspired wedding of their own! John Krasikini surprised the couple by announcing that he was going to perform a virtual wedding for them at that very moment, and even managed to get their friends and family ready on the Zoom call! Yes, we’re incredibly jealous right now too.  He even went as far as bringing his stage wife, Jenna Fischer to be the maid of honor of the wedding ceremony, and had the entire The Office cast recreate the famous wedding dance after they said their vows.  Absolutely epic.