The Olympic Athletes Competing in the 2021 Games

The Opening Ceremonies for the 2020 Summer Olympics in Tokyo was scheduled for July 24th. But due to the worldwide lockdown restrictions and coronavirus pandemic, event organizes postponed the events for a year. In an official statement, the committee said, “In the present circumstances and based on the information provided by the WHO today, the IOC President and the Prime Minister of Japan have concluded that the Games of the XXXII Olympiad in Tokyo must be rescheduled to a date beyond 2020 but not later than summer 2021, to safeguard the health of the athletes, everybody involved in the Olympic Games and the international community.”

Until July 23, 2021 rolls around, athletes are still training hard to keep their skills sharp for another year. Many athletes have had to get creative finding new places and ways to train. For example, javelin thrower Jara Winger offered her home as a training space for fellow track and field athlete Ariana Ince. U.S. Olympic Team archer Brady Ellison practices every day on his range at his farm. It’s safe to say the athlete’s lives look different this year, but their sheer will and determination to win has increased double-fold. Here are some other of America’s favorite athletes who are qualified to compete in the games. 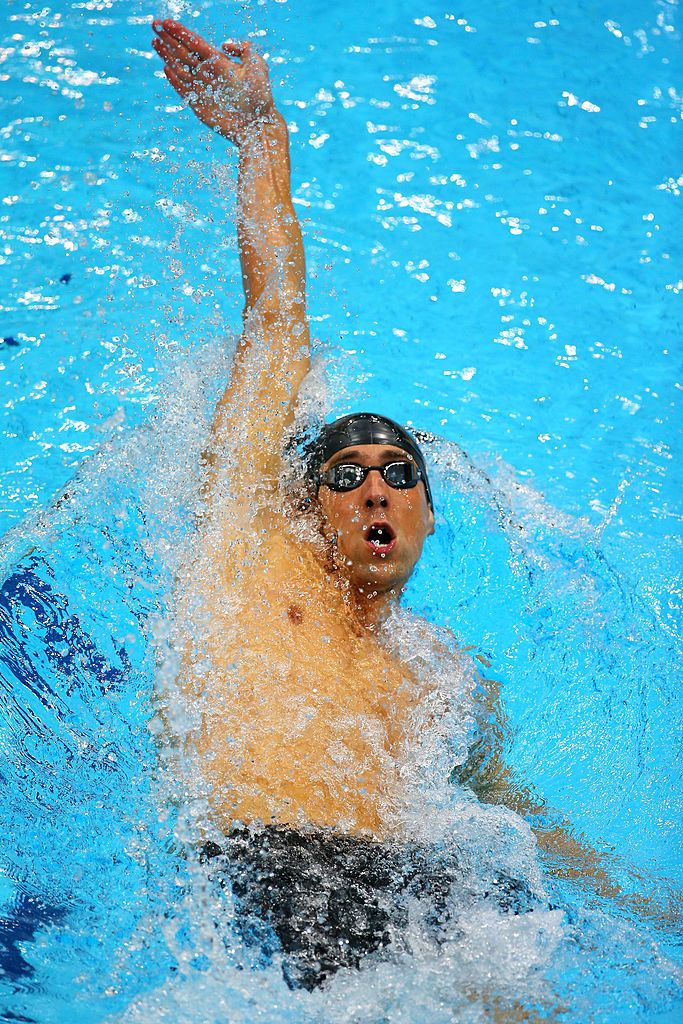 Despite everything going on in the world with the coronavirus pandemic, Lochte told E! News, he is training regularly and is more determined than ever to make history. “I want to get another medal. That means if I get one more medal, I will go down in history as like the second most decorated swimmer of all time and that is something that I really want to do. It’s something that is just a big goal of mine. So hopefully I’ll get that chance.” Over his career, Lochte has won 12 Olympic medals, including a gold in the 4×200-meter freestyle in the 2016 Olypics in Rio. 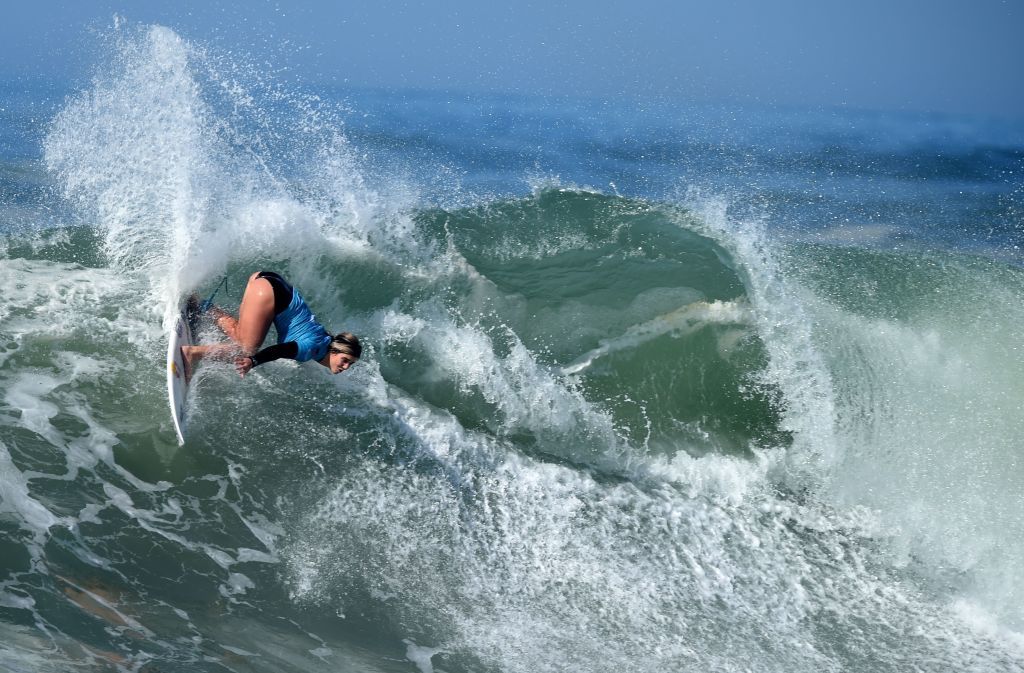 Team USA surfer Caroline Marks has already secured her spot in the Tokyo games. But that does not mean she is slacking off! “My goal is to better my surfing every day and be the most prepared for any conditions that get thrown at me so I can be my best on competition day,” Caroline shared with E! News. 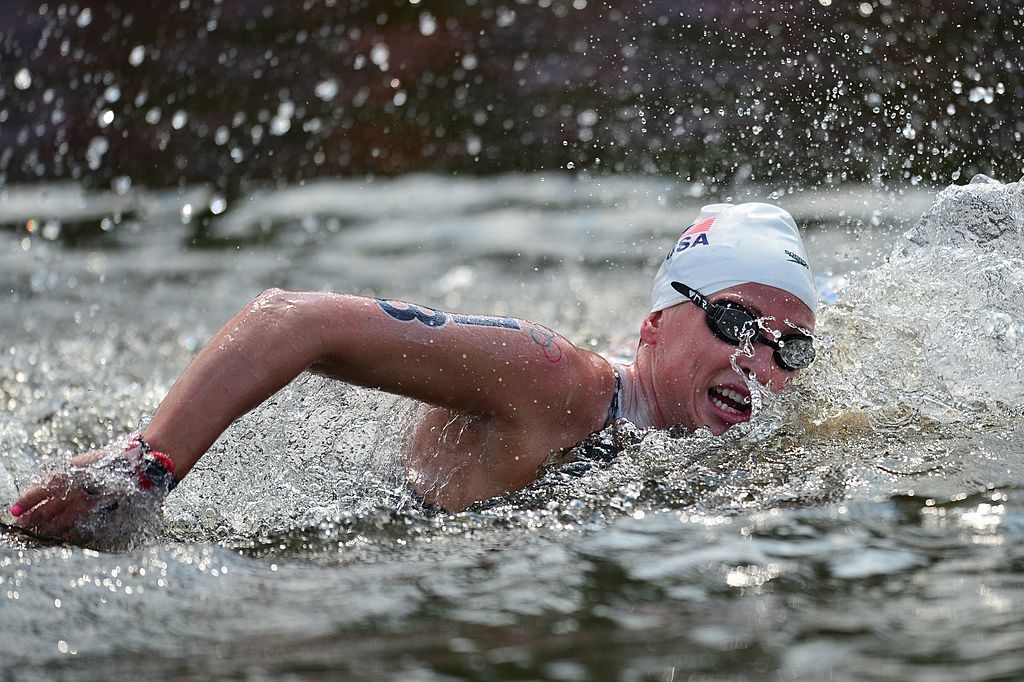 Last July, Anderson became one of two U.S. athletes to qualify for the Tokyo Olympics after she finished second in the 10-kilometer open water race at the FINA World Champsionships in South Korea. This is her third summer in the Games. Even though the 28 year old athlete is unable to train how she would like to, she’s been trying to maintain her fitness level in these pandemic times. Before the pandemic hit,The Washington Post reports that Anderson’s daily workout routine consisted of a two-hour swim in the morning, 30 to 60 minutes in the weight room and another pool session in the afternoon. In a typical day, she would log eight or so miles in the water. 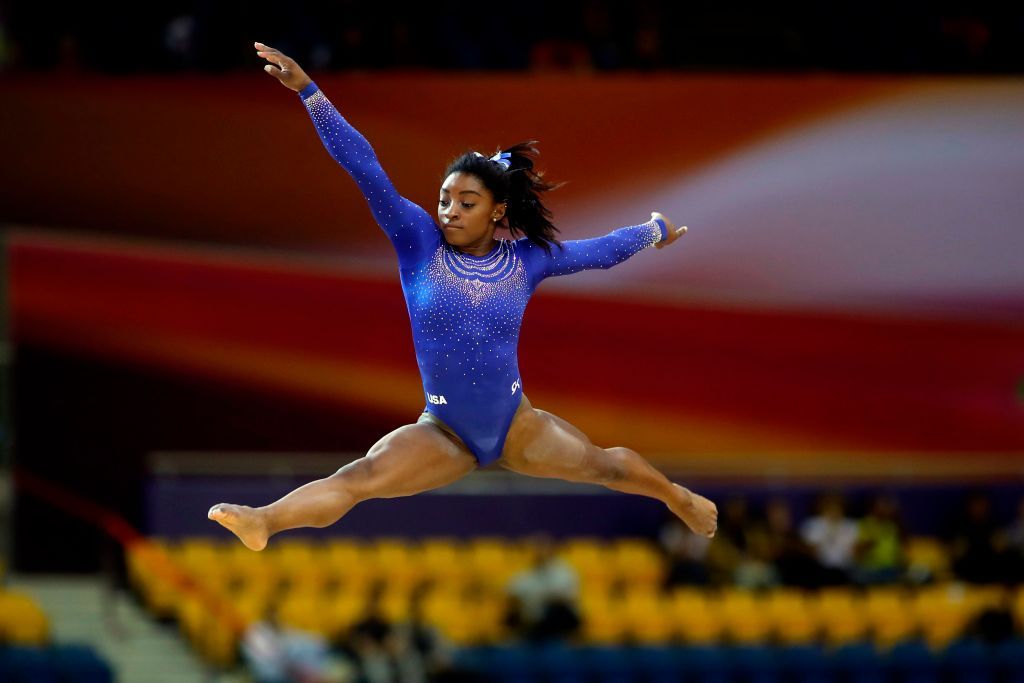 Simone Biles is training to compete in the Tokyo Olympics in 2021, but the 23 year old athlete had planned to retire after this summer’s Olympic Games. But following the International Olympic Committee’s decision to postpone the Games due to the coronavirus pandemic forced Biles to choose whether or not to compete. “I was in the gym training. I didn’t really know what to feel,” Biles told the Today Show after learning about the year-long Olympics delay. “I just kind of sat there and I cried. But ultimately it was the right decision. We need to make sure that everyone in the US and around the world is healthy and safe.” Ultimately, Biles decided to continue training for this last competition. Even though she trains at home, she’s been in contact with her coaches and training staff. She’s been focusing more on bodyweight training while at home. Though she did admit she worries about losing her edge while stuck at home and out of the gym, we’re all waiting to see how the star athlete will wow us all!