The One and Only Maria Sharapova

The unstoppable Maria Sharapova is a former Russian professional tennis player. Although she played under the banner of Russia with the Women’s Tennis Association (WTA), she has lived in and been a United States permanent resident since 1994. Sharapova competed on the WTA Tour from 2001 to 2020 and had been ranked world No. 1 in singles by the WTA on five separate occasions, for a total of 21 weeks. She is one of ten women, and the only Russian, to hold the career Grand Slam. She is also an Olympic medalist, having won a silver medal in women’s singles at the 2012 Summer Olympics in London. Sharapova achieved a rare level of longevity in tennis, with several tennis pundits and former players calling Sharapova one of tennis’s best competitors.

Sharapova became the world No. 1 for the first time on 22 August 2005, at the age of 18, becoming the first Russian female tennis player to top the singles rankings, and last held the ranking for a fifth time for four weeks from 11 June 2012, to 8 July 2012. She won five Grand Slam titles — two at the French Open and one each at the Australian Open, Wimbledon, and the US Open, winning 36 titles in total, including the year-ending WTA Finals in her debut in 2004. She also won three doubles titles. 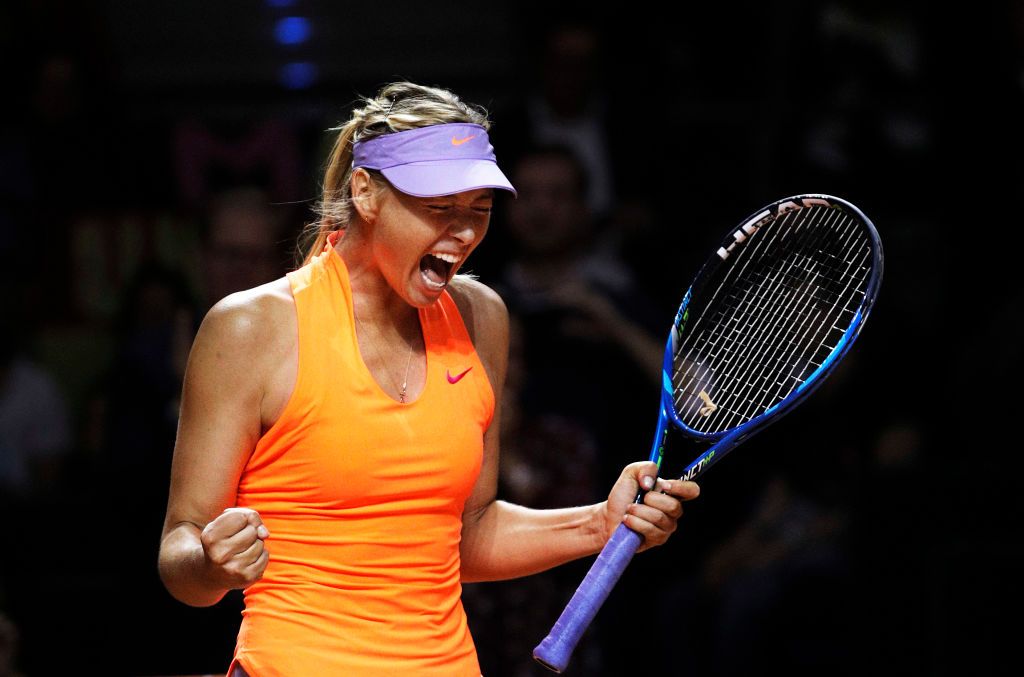 Sharapova has been featured in a number of modeling assignments, including a feature in the Sports Illustrated Swimsuit Issue. She has appeared in many advertisements, including those for Nike, Prince, and Canon, and has been the face of several fashion houses, most notably Cole Haan. Since February 2007, she has been a United Nations Development Programme Goodwill Ambassador, concerned specifically with the Chernobyl Recovery and Development Programme. In June 2011, she was named one of the “30 Legends of Women’s Tennis: Past, Present and Future” by Time and in March 2012 was named one of the “100 Greatest of All Time” by Tennis Channel. In 2018, she launched a new program to mentor female entrepreneurs. From 2005 to 2011, Sharapova was named to the Forbes Celebrity 100, which attempts to compile the top 100 most powerful celebrities of that year.

The Maria Sharapova Foundation is committed to helping children around the world achieve their dreams. Sharapova has donated $100,000 to Chernobyl-related projects. In partnership with the UNDP, she launched a $210,000 scholarship program for students from Chernobyl-affected areas of Belarus that will award five-year scholarships to 12 students at the Belarusian State Academy of Arts and the Belarusian State University.