Pinch us! We must be dreaming. The Spice Girls are making a comeback and life is good. To celebrate the 25th anniversary of the group’s debut album, “Spice,” they have announced their worldwide partnership with Universal Music Group (UMG), which will represent the brand through touring, merchandise, campaigns, and retail licensing. Spice Girl members Emma Bunton, Mel B, Geri Horner, and Mel C all signed the deal with UMG for this multi-year partnership, and it marks the first time in two decades that licensing rights for the Spice Girls brand have been signed to one partner. Of course, fans all over the world are going insane. 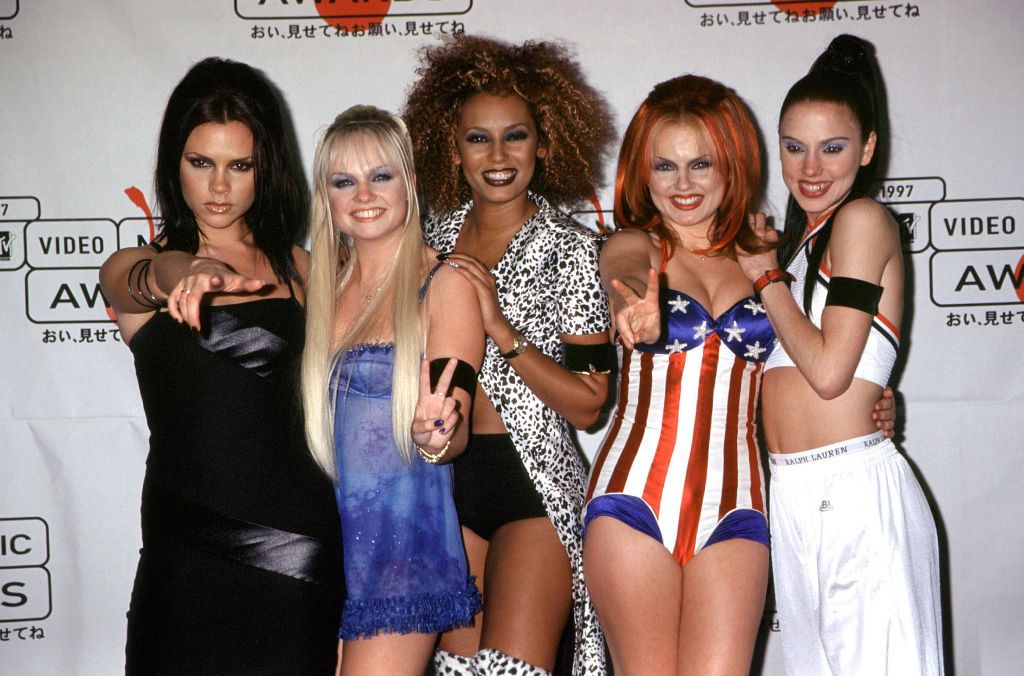 One of the main things we’re excited about is that the Spice Girls and UMG will be coming out with an anniversary SPICE 25 album, which will include unreleased songs, and demos, and mixes that will be released this October 29th. After their exceptionally famous song Wannabe single released in 1996, it topped the charts in 37 countries, and their debut album Spice sold over 31 million copies worldwide. What’s even more remarkable was that it became the best-selling album of any female group of all time. Those numbers are no surprise. They were the “it” girl band that everyone wanted to be a part of. After their first hit, they came out with three studio albums, 11 singles, and won an array of awards.

There was nothing stopping this famous girl band, where they went on to sell more than 90 million records globally in their career. In a recent statement, the Spice Girls said, “We are so excited to be working with Bravado again, especially in this our 25th anniversary year, and are looking forward to collaborating with the team.” Their comeback was losing awaited and is getting everyone excited. Rachel Redfearn, VP A&R and Brand Management of Bravado said, “The Spice Girls’ impact on popular culture cannot be over-estimated. They stand for positivity, inclusion, bravery, and diversity. The breadth of rights granted for the first time in 2 decades gives us the vehicle to truly celebrate their legendary status.” Everything always comes back in style, and these ladies are living proof of that.