The Weeknd’s After Hours til Dawn Tour

The Weeknd’s live performance is nothing less than a fiesta before the end of the world if his “Dawn FM” album is compared to a dance party in purgatory. The Weeknd had a point to make as he entered the MetLife Arena in New Jersey. The musician entered a stadium Saturday night to a packed house of excited fans after having his After Hours tour postponed not once, not twice, but three times. There was an enormous crowd ready to rock with the famed singer to his elusive songs. 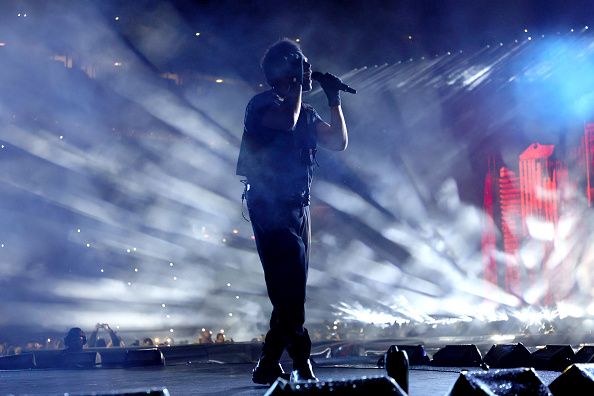 As The Weeknd entered the MetLife Arena, immediately the lights cut out and fans erupted with cheers. The stage suddenly became a skyline-themed set as it emerged from beneath the fog. The Weeknd took over the football stadium where the New York Jets and New York Giants played for the following two hours. With over 82 thousand visitors living there and realistically created skyscrapers, buildings, flashing lights, surprise fireball cannons, fake dawn, and a huge floating moon, it was a city all by itself. The Weeknd has been singing about and from this world for the last two years.

The tour was so well planned out and the tracklist was just amazing. Lighting cues were used to bring a distinct artistic vision to life for each of the singer’s hits. The arena was illuminated in a deep blue shade when his first single “Wicked Games” started, which suited the song’s depressing lyrics well. A brilliant white light was brought on by the opening synth of “I Can’t Feel My Face,” allowing partygoers to see one another leap and dance to the upbeat song. The Weeknd followed along as the evening wore on. He sang 20 songs in all, including his Trilogy, Beauty Behind the Madness, and Starboy hits, as well as the tour’s title songs Dawn FM and After Hours, without taking more than a brief break to drink some water.