Portugal’s highly-anticipated, record-breaking suspension bridge opened to the public late April with steel-nerved adventurers making the first wobbly treks across. The new 516 Arouca Bridge (in the town of Arouca, about an hour’s drive away from Porto) opened to adventurous locals last week. The bridge is staking its claim as the world’s longest pedestrian suspension bridge, and it also happens to be one of the most terrifying.

The bridge is a 1,693-foot (about a half-kilometer) narrow, steel pathway suspended between towers more than 570 feet above the fast-flowing Paiva River. The trek across takes anywhere from five to 10 minutes — and is not for the faint of heart. The bridge wobbles a bit with each step and has vertiginous canyon views. 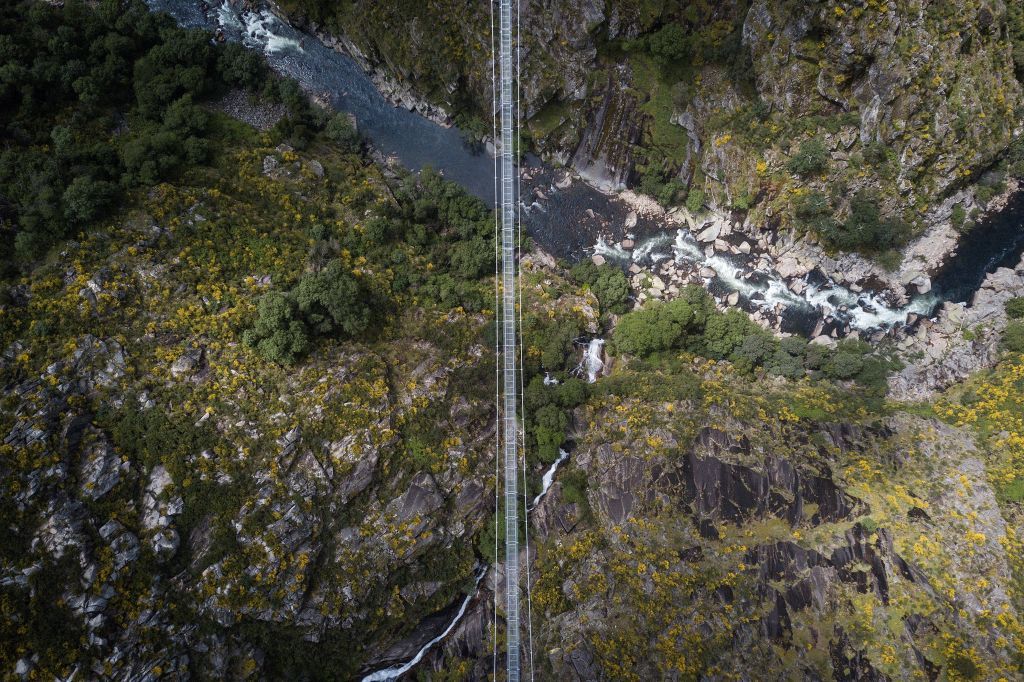 “I was a little afraid, but it was so worth it,” Hugo Xavier, one of the first people to cross the bridge, told Reuters. “It was extraordinary, a unique experience, an adrenaline rush.”

The current Guinness World Record-holder for longest pedestrian suspension bridge is the Kokonoe Yume Bridge in Japan, which spans 1,280 feet. However, the Charles Kuonen Suspension Bridge, which opened in Switzerland in 2017, measures longer at 1,621 feet, according to The Associated Press.

“There were many challenges that we had to overcome… but we did it,” Margarida Belem, the mayor of Arouca, told Reuters at the opening last week. “There’s no other bridge like this one in the world.” The bridge is part of the small town’s long-term plan to attract more visitors and new residents to the region. The Arouca Bridge is now open to all travelers, with tickets available online from about $12 to $14.