15. For the ancient Greeks, happiness was a civic virtue that required a lifetime of cultivation.
Facts About Apple
Facts you may not have known
Laura Lee - May 19, 2022
Outfit Ideas For Prom
We got your prom looks sorted
Claire Miles - May 17, 2022
Why Are TikToks So Addictive?
Why can't we stop watching them?
Andrew Parker - May 15, 2022
Top 3 Docuseries on Netflix
Netflix had a lot to offer this year
Andrew Parker - May 13, 2022
New BTS Studio Album to be Released
We can't wait
Claire Miles - May 11, 2022

He’s only 25, but Timothée Chalamet is already an Oscar-nominated actor, and social media phenom. His recent films, including Call Me By Your Name and Lady Bird have been released to critical acclaim. But aside from his acting chops, Chalamet has established himself as something of a Hollywood fashion icon, perfecting his statement street-style look on and off the red carpet. As his fame has grown, Chalamet has partnered with luxe fashion labels to craft memorable outfits. He reportedly has worn custom outfits made by designers like Haider Ackermann, Virgin Abloh, Louis Vuitton, Stella McCartney, and Gucci. 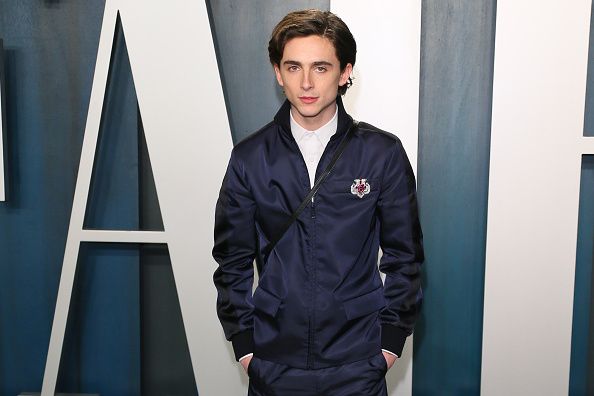 As a result, it’s no surprise that Timothée Chalamet has been asked to headline the Met Gala, also known as the “Fashion Oscars.” The black-tie event, which raises funds for the Metropolitan Museum of Art’s Costume Institute, is widely considered the fashion industry’s biggest night. The glam event is invite-only—with tickets reportedly costing over $30,000 and tables going for $275,000 — and has already sold out.  The gala is traditionally held the first Monday in May, but has been pushed back to September 13 in hopes that many Covid-19 restrictions will be lifted by then. The 2020 Met Gala was canceled due to the pandemic. Guests in years past have included everyone from Kim Kardashian, Jeff Bezos, Elon Musk, Lady Gaga and Katy Perry. Performers have included Cher, Rihanna, and The Weeknd. Chalamet’s co-hosts will include fashion powerhouse Tom Ford, tennis star Naomi Osaka, and pop-star Billie Eilish.

Anna Wintour, the legendary editor of Vogue has organized the bash since 1995. Each year, Wintour selects a timely theme for the gala, which celebrities must interpret in their fashion choices for the red carpet. In honor of the beginning of the end of Covid-19 lockdowns, Wintour has chosen American Independence as this year’s theme.