Travis Has Asked Kourtney To Marry Him

Unless you’ve been living under a rock, you’ve probably heard the news of the century that Travis Barker and Kourtney Kardashian are engaged. The power couple are so in love with one another, it’s remarkable to see. The pair have been dating since January, and before Barker went down on one knee, Barker made sure to get everything in place and worked with jewelry designer Lorrain Schwartz on creating the perfect ring.  Barker, the 45-year-old drummer for Blink-182, proposed to Kourtney on the sand of a beachside hotel on October 17th, and he included arrangements of red roses that could be seen from miles away. There were also candles set up to create the perfect romantic atmosphere before popping the question. 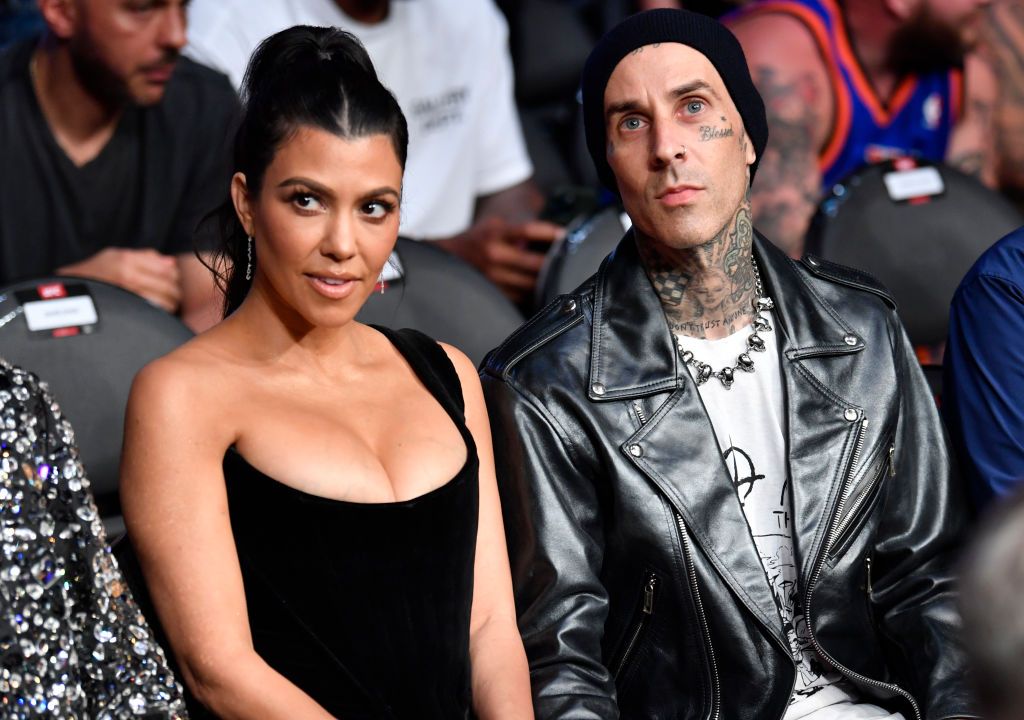 Once Barker proposed to Kardashian, a family friend told PEOPLE that it was a complete surprise to Kourt. “Travis told her family that he planned to propose, but everyone was great at keeping it secret. The Rosewood is their favorite for short weekend getaways. They often stay at the hotel. This is why Travis proposed there. It’s a very special place to them, but it was also easier to keep everything a secret by proposing there.” This family friend also opened up about how excited Kourtney is and hopes to one day start a family with him. Kourtney took to Instagram to share photos of their engagement and recently captioned one of the romantic photos saying, “I woke up all night thinking it was a dream.”

In one of the photos, the engagement ring gets all the attention. Designer Shwartz told PEOPLE, “It’s a flawless, beautifully cut diamond stone. I worked on it with Travis and he was a really big part of it. He was really hands-on in the whole making of it. It’s gorgeous and they’re happy.” This is the first time that Kardashian, the 42-year-old Poosh founder, has been engaged or married before. She co-parents his three kids, Mason, Penelope, and Reign, with her ex, Scott Disick. Barker was married before to his ex-wife Shanna Moakler, and they share their kids London, Alabama, and stepdaughter Atiana. Before this, he was also married to Mellisa Kennedy. This is going to be such a great beginning for this power couple. Now we are just patiently waiting for the wedding, and know it’s going to be nothing but epic.